In March, artists Mark Ervine and Kev Largey painted a mural of Hull-born Lillian Bilocca – aka Big Lil – in Anlaby Road to celebrate all that she achieved with her safety campaigns following the sinking of three ships in 1968, resulting in the loss of 58 lives. 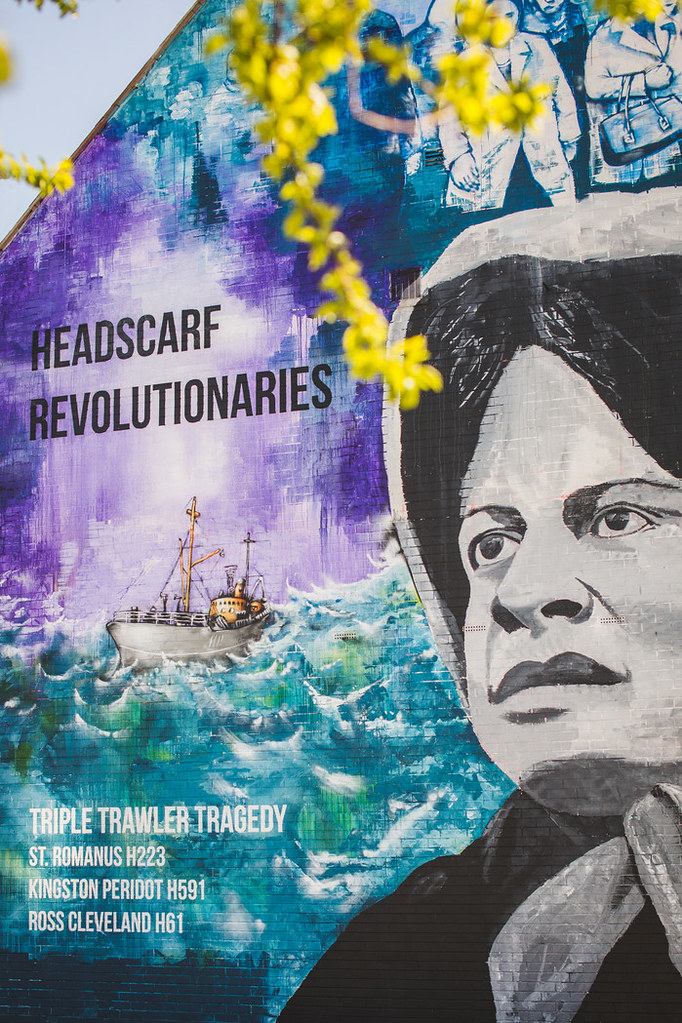 The Hull 2017 community roadshows went down a storm in April, with more than 10,000 people turning up to a total of 22 neighbourhoods to find out more about Hull 2017, with many sharing their hopes and dreams for the year on our official 2017 aspiration tree. 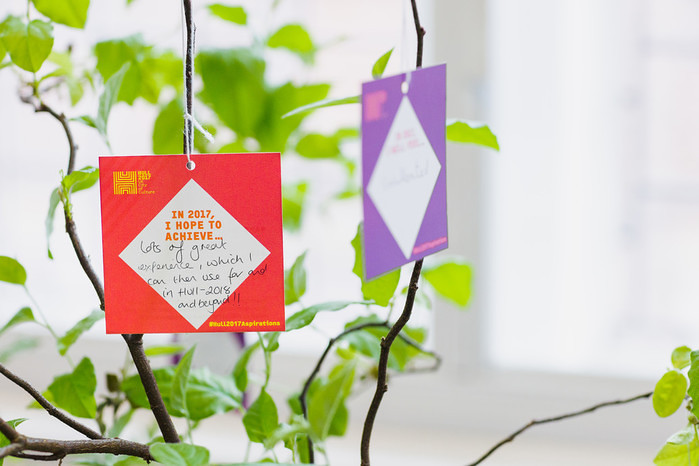 June 2016 marked the 75th anniversary of the death of Amy Johnson, Hull’s flying heroine.  During the first Amy Johnson festival, a public trail of 59 unique moth artworks, each reflecting the powerful inspiration of Amy Johnson and her amazing achievements, went on display for people to discover. 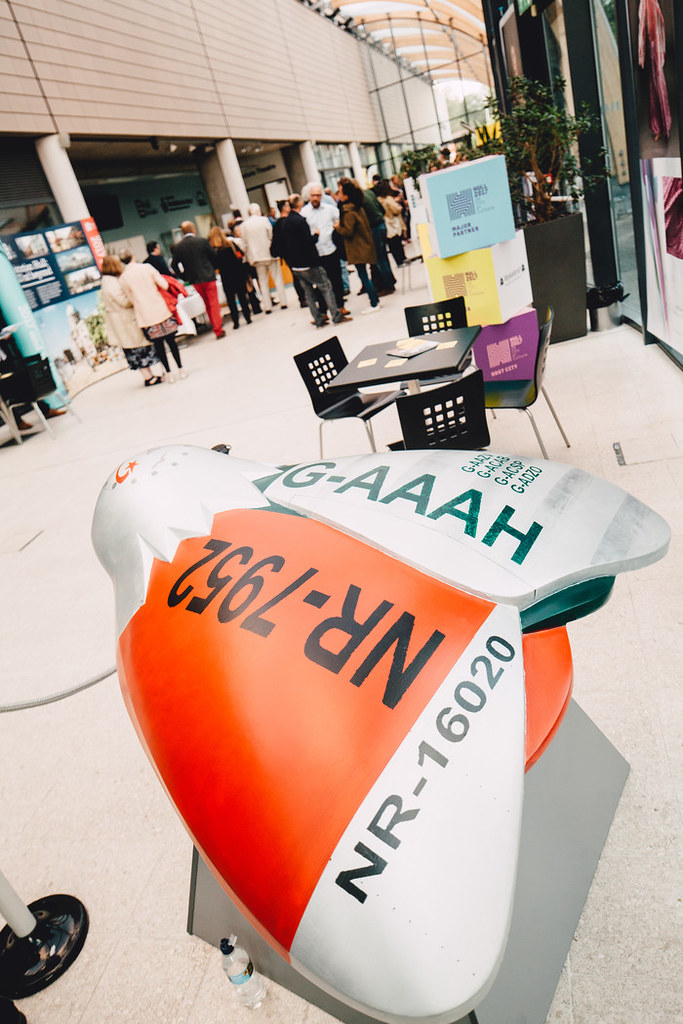 For Ferens Art Gallery, artist Spencer Tunick photographed more than 3,000 naked participants covered in blue body paint in the early hours of a July morning. The shades of body paint were a response to Hull’s maritime history, referencing the colours of the sea found in the Ferens Art Gallery’s paintings. Sea Of Hull will be presented at the gallery in 2017. 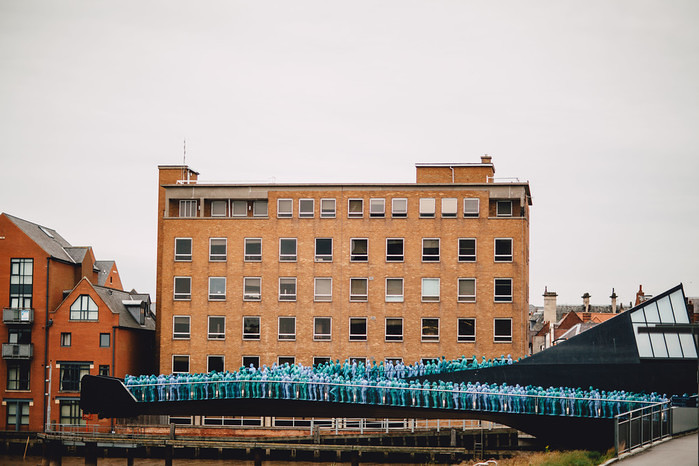 As night fell across the city of Hull one special night in July, angels began to appear, high up on the rooftops, showering audiences with a dream-like sea of feathers. The stunning visual spectacle was a once-in-a-lifetime event for many. 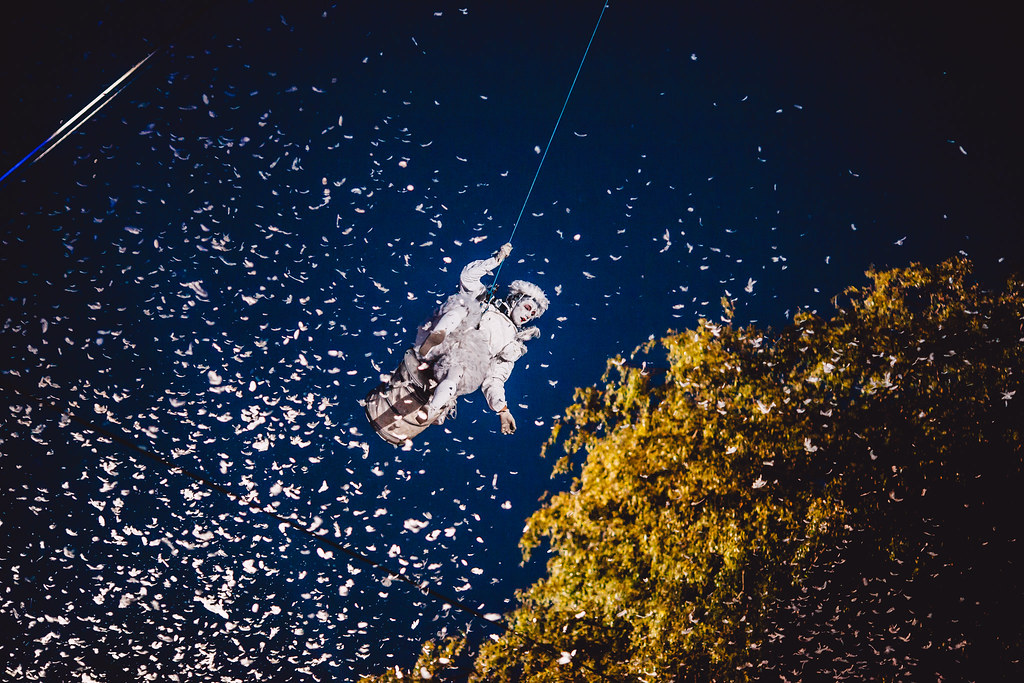 Not only did Humber Street Sesh bring us music from Hull’s most talented, in August, we were also entertained with photo exhibitions, street art and performers, light installations, chalk walking, face painting, a skate park with BMX and skateboard displays and a silent disco. 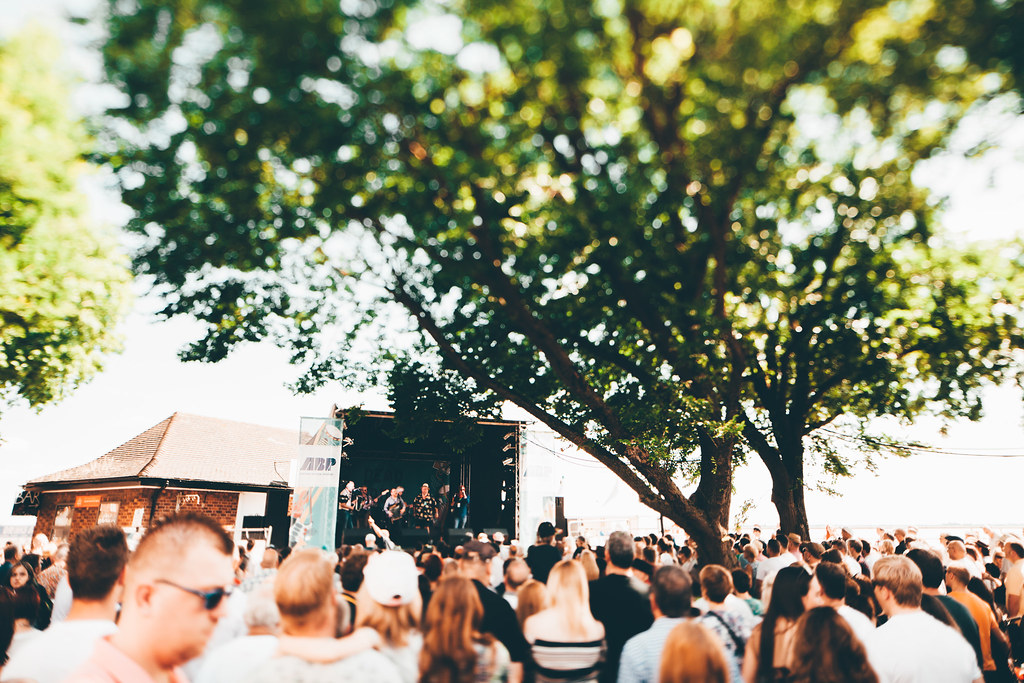 Around 72,900 people attended Freedom Fest this year which saw more than 200 performances and artists from 30-plus countries. The breath-taking aerial spectacular As the World Tipped by Wired Aerial Theatre was certainly a crowd-pleaser. 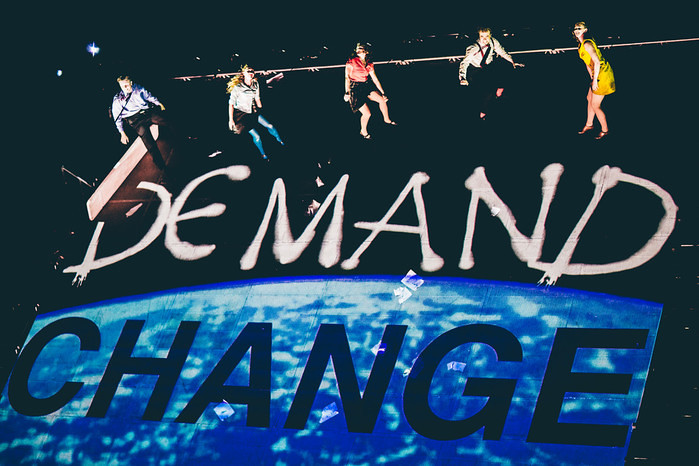 The university’s welcome party for freshers and returning students… this year was bigger and better than ever kick-starting the 2016/17 academic year for students studying in the UK City of Culture. 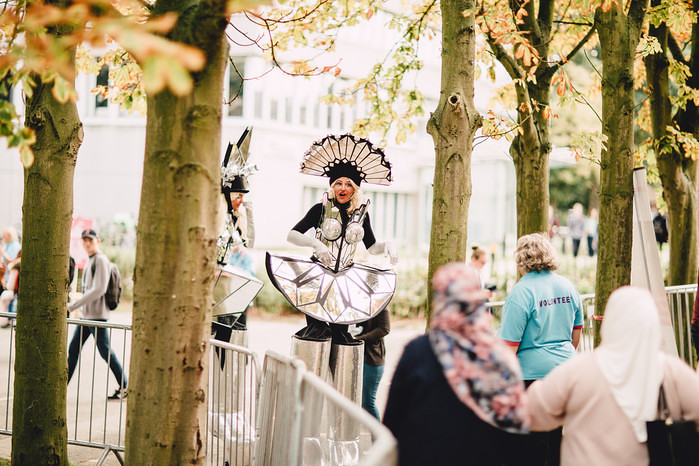 9. An army of volunteers proudly wear their uniform across the streets of Hull

The eye-catching uniforms, produced by major partners Arco, were revealed in September, and since then Hull 2017 volunteers have boasted the blue, purple and pink threads across Hull and beyond. 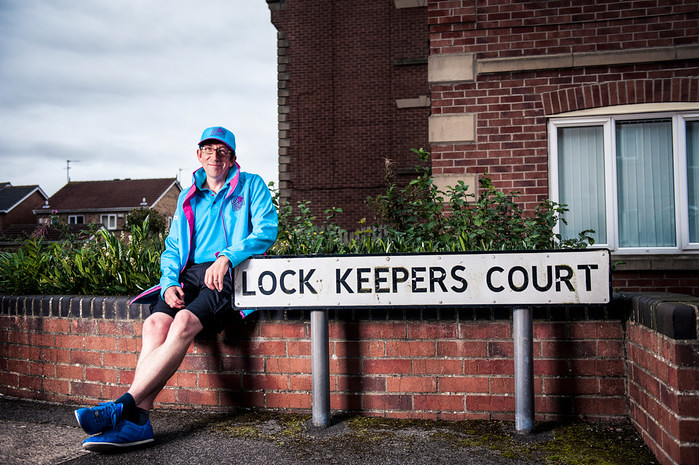 Made in Hull, the first season of our 365-day programme of cultural events and creativity inspired by the city, was launched on 22 September 2016. 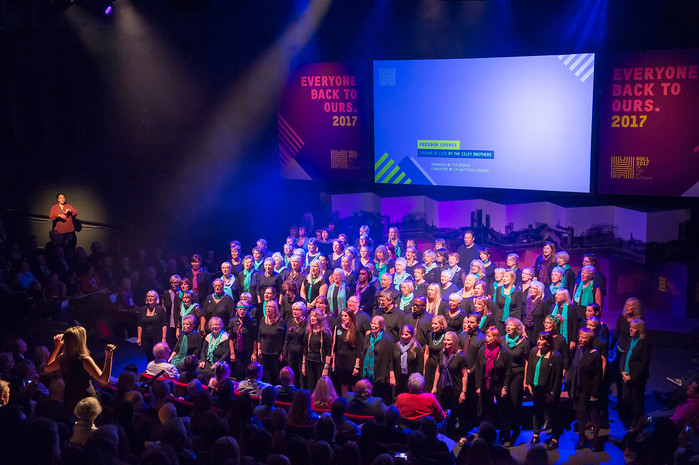 Hull Fair is probably Hull’s oldest tradition, dating back more than 700 years. This year’s fair was as successful as ever – with 70 adult rides, 250 children’s rides and 150 stalls. Around 800,000 people rocked up in October to experience sights, smells and thrills like no other! 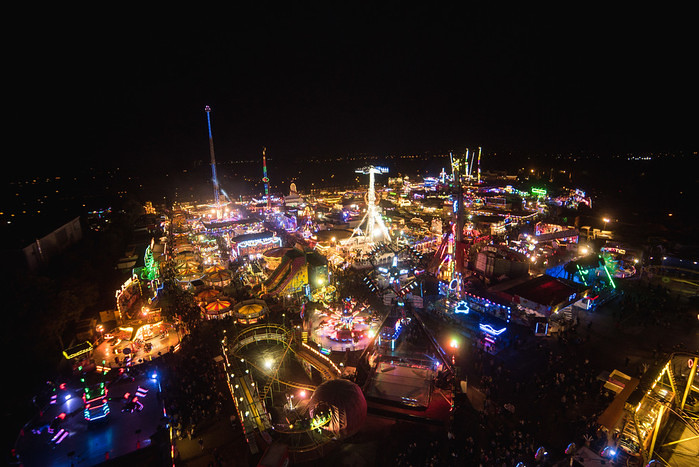 Also in October, our army of volunteers invaded the stands at KCOM Stadium drowning out Chelsea fans with the infamous Hull City supporters’ chant “you’re only here for the culture”. 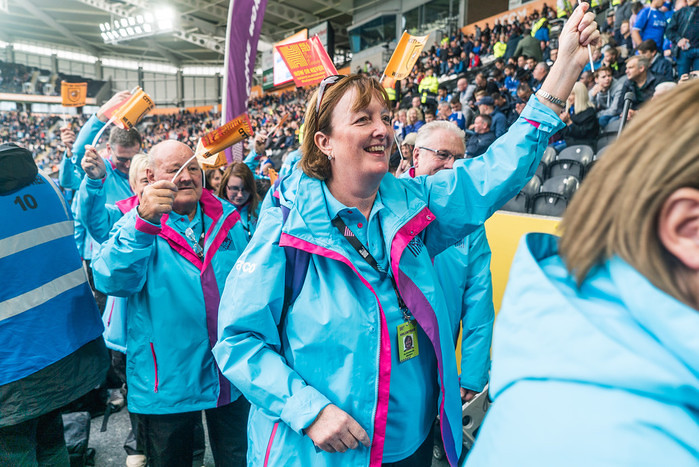 13. No Limits launch in schools

Our learning programme, No Limits, was launched in schools in November, offering a variety of opportunities for everyone to shape, access, engage and participate in 365 days of transformative culture … 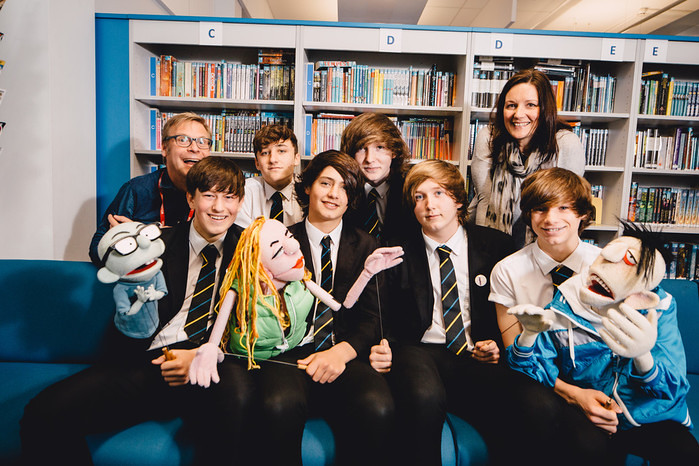 … and the programme went live to 100 teachers from schools across Hull later that evening. We gave them an insight into the number and scale of the projects that are happening during 2017 in and around Hull, and what it means for learning in the city. 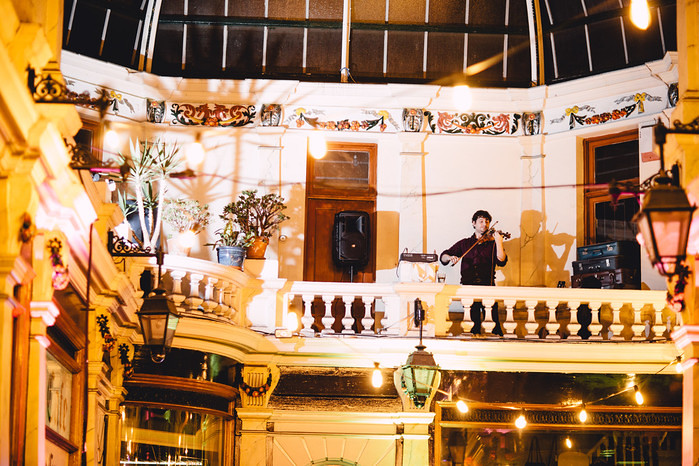 A range of official Hull 2017 merchandise went on sale online and on the ground floor of the city’s House of Fraser store in Ferensway in December, modelled here by boxer Tommy Coyle, the BBC’s new Face Of Hull Kofi Smiles and X Factor singer Sam Atkinson. 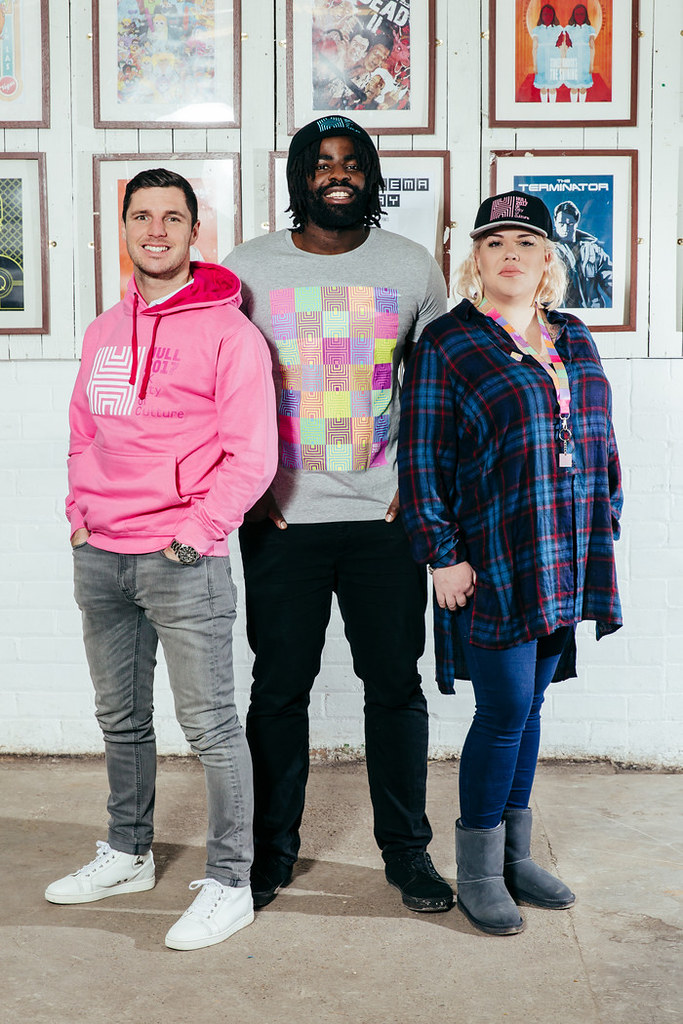 The council and its contractors have completed three year’s work in one, which is the biggest regeneration project the city has seen in more than 70 years. Signs of the orange barriers and the cranes in the skyline are a sign that the city is continuing to move forward. 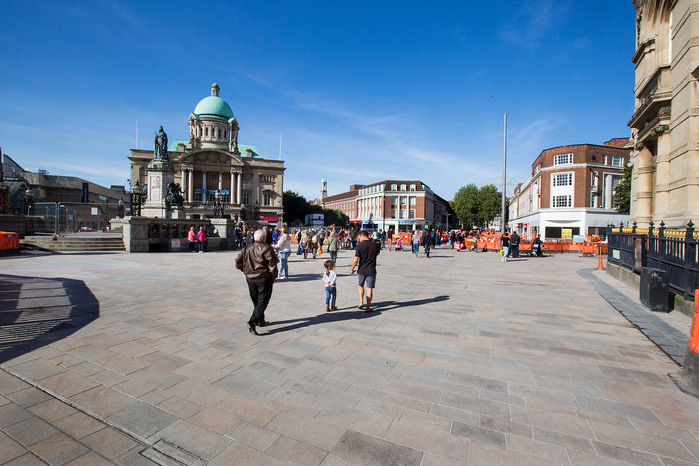