The angels who reawakened a city – Visit Hull
Skip to content

The passion in Hull today is palpable. As we draw closer to finding out which city will be the next UK City of Culture, we’re casting our minds all the way back to 2013. This was the beginning of Hull’s journey to be the UK City of Culture, when a group of local businesses were at the forefront of this home-grown cultural revolution. Proudly sharing their love for our city, this group of local pioneers became the first Hull 2017 partners – the Bid Angels.

These businesses laid the foundations for Hull 2017, providing the platform for a year that has seen the city reawakened.

It was these businesses that became the driving force, creating the 22-strong business consortium that would sponsor the bid, many of which were first time arts sponsors.

Exceeding the original sponsorship target, together with the Hull 2017 UK City of Culture Bid, the consortium went on to win the Arts and Business New Sponsorship Award – a demonstration of how arts and business working together can lead to success.

Rosie Millard, Hull 2017 Chair, said: “Hull’s status as UK City of Culture 2017 has not only brought arts, culture and creativity to the city, it has revitalised it as a prime location for business investment – businesses know we’re here and we’re an attractive place in which to invest.

“Without the support of these businesses, our first partners, this year wouldn’t have made it out of the starting gate. Thankfully, they had the belief and faith in Hull and in the bid itself, and what an impact that has had on this city,” Rosie said.

By working in partnership, the Hull 2017 Bid Angels offered enthusiasm, encouragement and a total sponsorship of £374,000, helping Hull to secure the bid and a tremendous opportunity for the city.

Steve Savage, Development Director at Gosschalks, said: “We saw the potential that the status of being UK City of Culture had for growth, regeneration and a renewed pride in our city. Working together with the other Angels, for the same thing, has been truly collaborative.” 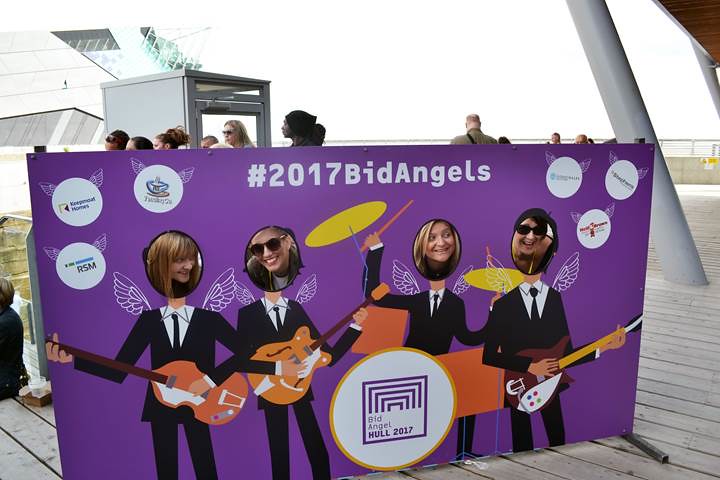 These early supporters also wanted to give their staff an opportunity to experience art and culture, with employees in Hull (and beyond) showing their enthusiasm for Hull 2017.

Andy Capes, Office Managing Partner at RSM, said: “The City of Culture initiative complements our company values on making a positive impact in the community and our ongoing commitment to promoting equality and diversity. RSM operates globally and it has been great to see the enthusiasm for Hull’s year not only in our local office but further afield.”

Mike Smith, Chief Executive at Hull KR, said: “Our fans and commercial partners have always been hugely supportive of us and we understand how important sport, arts and culture are in helping to drive social change. Working with Hull 2017 we delivered the Dance Together project, which has since led to a new dance project with CASE for children with learning difficulties.”

The Angels have an unwavering commitment to improving the lives of the people of Hull and saw the significance this year could bring to that pledge. First in line to support the city as a cultural gem, the Angels understood from the very beginning the impact arts, culture and creativity can have on a city and the inward investment this level of attention could bring.

Maxine Robson, Managing Director at F&T Vending, said: “To celebrate this incredible year we wanted everyone to be able to enjoy a cup of culture and to help spread the word. With the help of the culture team we created millions of Hull UK City of Culture 2017 cups that have been used throughout the year across the city – they’ve even been spotted in New Zealand! We are passionate and proud of this city and its culture and delighted that our business has been able to play a part in supporting this unforgettable year.”

Peter Brown, Chief Executive at Neill and Brown, said: “To have Hull on the world stage and to have a well-deserved spotlight shining on the city has been incredible. This year we’ve been celebrating our 100th year and it has been a joy to see the level of celebration, involvement and energy from people across Hull.”

The Bid Angels had one uniting objective: to win and create more jobs in the city by leveraging a multi-million arts programme that would achieve cultural regeneration in Hull. 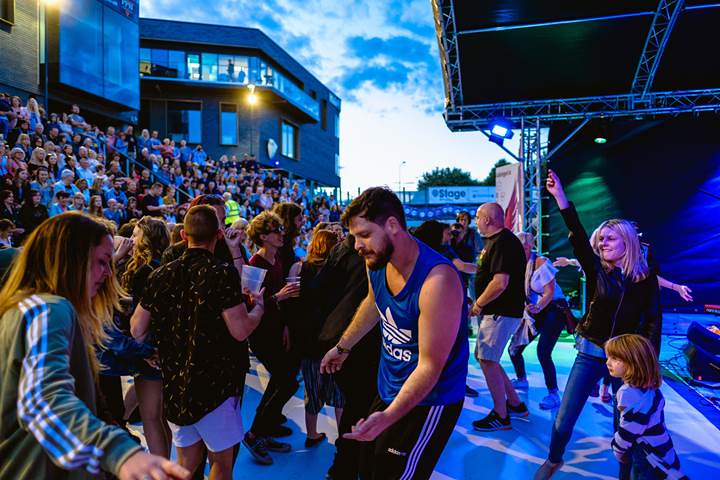 Charlie Spencer, Executive Chairman at Spencer Group, said: “We recognised from the beginning what a transformational impact becoming the UK City of Culture would have on Hull. We are intensely proud of our home city and becoming a Bid Angel was part of our commitment to support Hull’s economic, social and cultural development.”

The city’s cultural and artistic status has also helped local businesses to rediscover their own cultural roots and experience something new. They have used the opportunity of Hull’s year to hold cultural events, bring people to the city and spark their own imaginations. Not to mention playing an important role in Hull’s social and economic regeneration, including creating job prospects, educational opportunities, new attractions and a better standard of living.

Neil Porteus, Deputy Chief Executive and Finance Director at The Deep, said: “Becoming a Bid Angel allowed us to re-discover our cultural roots, through co-commissioned projects with 2017 as part of the Look Up strand, and also through our own in-house marine art exhibitions. This has helped us promote our conservation messages on topics such as marine plastics and coral bleaching.”

David Carmichael, Group Land and Partnerships Director at Keepmoat, said: “Our support was motivated not only by culture, but by being able to support the city as a whole. As a Bid Angel, we have continued to build communities and transform lives, this time through arts, culture and creativity.”

As the focus turns to the future, telling the world about the city, we are reminded of the commitment the Angels have had in building a better future for the younger generations who will become the custodians of the city and its culture.

Matthew Lilley, Group Director of Marketing at Hull College, said: “We’ve seen an instilled sense of pride in our students. This has been helped by them seeing us and other companies committed not only to the city, but to their future. Not only have we championed Hull, we have adjusted our curriculum to address the skills in industries that will be boosted by the city’s cultural status such as customer service, catering and hospitality, and travel and tourism.”

Sonny Nagra, Director at Nagra Properties, said: “Hull’s status as the UK City of Culture 2017 has seen it play host to some mind-blowing, jaw-dropping events. As property experts, it has been a privilege for us to be able to support the Hull 2017 programme team in providing unique locations for events and continue to support the wider regeneration of Hull creating new, exciting social urban spaces in the city.”

Paul Hickling, Managing Director at East Trans, said: “We wanted to help make what was a fantastic opportunity for Hull a reality. Hull 2017 has had a hugely positive impact on the city’s image and with the significant investment in Hull, there is no doubt our instinct was right and we invested wisely.”

Rosie Millard, said: “At the beginning of this journey, in 2013, there were those who doubted the bid. For those people, Hull becoming the UK City of Culture was unimaginable. Fortunately, there were some who believed it was possible. The belief and support the Angels had and continue to have in this incredible city, and the evidence of the year itself, goes to show that anything is achievable in Hull.”