Big Picture: “When people come together, they create something bigger than themselves” – Visit Hull
Skip to content

Hailed as one of Hull 2017’s biggest success stories, our volunteer cohort has become something of a local icon, symbolising the city’s newly restored sense of self-belief and hope. That’s why we’re celebrating their contribution with two exhibitions launching on Sat 20 Jan in Humber Street Gallery, Big Picture and Grains Of Scandalous Blue.

Big Picture showcases the individual personalities and collective spirit of the volunteers through a series of colourful images, each photographed in intriguing locations with their own story to tell.

Shot by Leo Francis – a Hull-based photographer with over 10 years of experience in portraiture and action sports (most notably with Red Bull) – and art directed by Sarah Harris, Big Picture features thousands of volunteers in scenarios that are guaranteed to make you laugh, gasp and discover a whole new side to the sea of blue jackets we’ve all become familiar with. 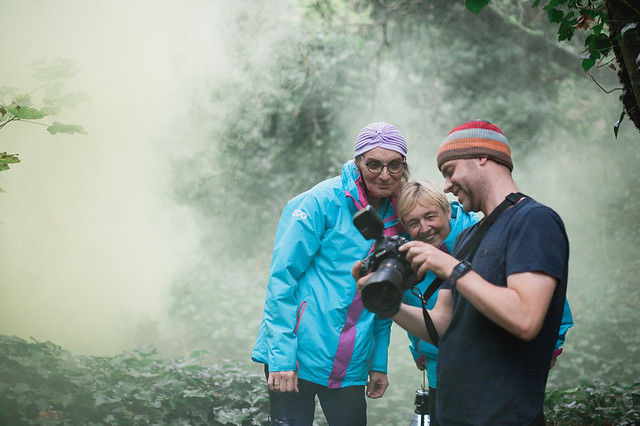 “When people come together they can create something that is bigger than themselves, but it’s the character of these people that creates something unique,” says Leo. “We wanted to celebrate what the volunteers have achieved for the city, but also give an insight into the unique individuals that have been under the anonymity of the blue coats.”

Burton Constable Hall provided a backdrop for the first shoot of the project, where we can expect to see volunteers dancing, tucking into cake and celebrating the highlights of 2017.

“The idea was to use the opulent setting of the hall to portray the volunteers ‘gorging’ on culture,” says Leo. “Throughout this scenario there are nods to some of the key events that volunteers have actively participated in, from Duckie’s Summer Tea Party, which for many was a highlight in the year, to the Pride In Hull parade, Flood and Land Of Green Ginger.” 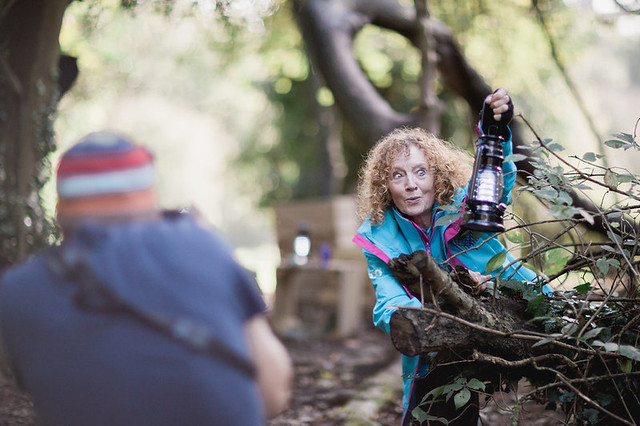 The shoots then took a mysterious turn, down by the river at Little Switzerland, where we follow the volunteers as they embark on their journey into the unknown world of volunteering.

Leo says, “None of the volunteers knew what they were signing up to when they agreed to join Hull 2017, and these photographs hope to show the journey they have taken since signing up. We have a couple of heroes leading the pack through the forest, using smoke, lanterns and lightboxes to create a mystical effect.”

Shot on a chilly day in October, the volunteers had to endure wet weather and plenty of mud, but that did nothing to dampen their spirits, says Leo. “They were just brilliant on set. It’s not as though they have modelled before, but everybody totally got into character and never complained.”

Speaking of bad weather, a major shoot at the iconic Humber Bridge was almost cancelled entirely after Storm Brian whipped its way across the east coast, battering the structure with heavy winds. 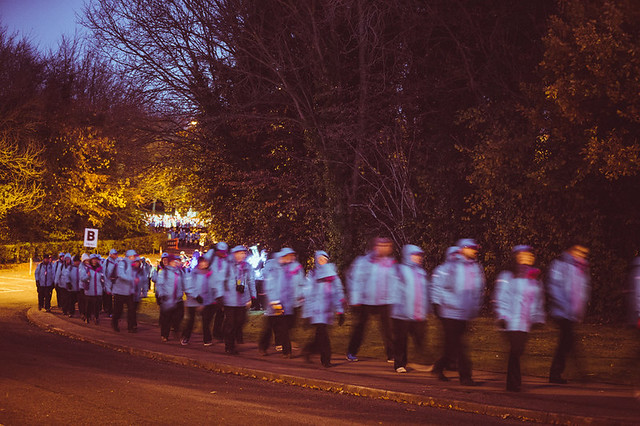 Nevertheless, four weeks later several hundred volunteers braved a 4.30am start to create a series of breath-taking shots on the bridge, bathed in light from a particularly dazzling sunrise.

“When I turned up to the Humber Bridge shoot, it was so great to see everybody dancing and singing despite the freezing conditions and for me that shows the spirit that the volunteers have had throughout 2017” says Leo.

Then it was over to St Stephens, where hundreds of volunteers packed onto the shopping centre’s roof for a semaphore-themed shoot, spelling out two key words – smile and pride.

“The volunteers were asked to sum up their experiences and these are the two words that kept coming up. How great is that?” says Leo. We’re inclined to agree.

And it was smiles all round at one of the more ambitious shoots in the project, which took place in the icy waters of Princes Quay. Armed with inflatable unicorns, rubber dinghies, rowing boats and blow-up balls, the volunteers held a party like no other. 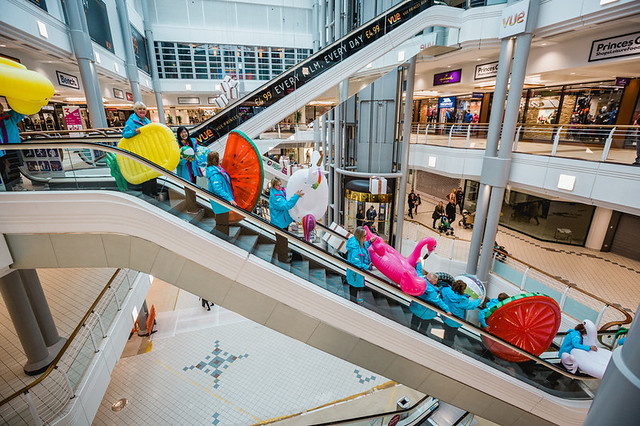 “My years of shooting action sports definitely helped with this shoot. I was on a boat shooting people who have never been on a dinghy or lilo before, in the freezing cold and rain in the middle of November. But everyone was loving it!” says Leo.

Things became a lot more personal towards the end of the project, when volunteers were photographed surrounded by the belongings that matter to them most.

“It was amazing to see how much thought they put into what they would bring,” says Leo. “People were bringing all sorts, from scuba diving equipment to travel mementos, Hull City memorabilia and even a car! Family was a big thing – we had lots of family photos.”

160 volunteers were photographed over three days and visitors to the exhibition will be able to view the whole collection, or alternatively see individual photographs.

“This was probably one of my favourite shoots, because I got to spend more time with people discussing their belongings and hearing their stories. It will be interesting for the volunteers themselves as they will probably discover shared interests they never knew they had when they see the photographs.”

Big Picture runs alongside Grains Of Scandalous Blue in Humber Street Gallery from 20 Jan to 25 Feb.