Bleached: How one artist’s visit to The Deep inspired a stunning set of works – Visit Hull
Skip to content

It seems inevitable that Tania Kovats’ work would at some point go on display in Hull.

The British artist’s fascination with bodies of water sits perfectly in a city whose development is so intrinsically built around its relationship with the sea.

Her latest work BLEACHED, commissioned as part of the Look Up series designed for Hull’s public places, goes on display at C4DI on Saturday 29 July.

The five piece sculptural work, which recycles specially fabricated coral from The Deep, presents slices of an imaginary bleached coral reef inspired by a visit to the aquarium and is a starkly beautiful representation of a potentially devastating environmental event.

Kovats, whose work includes sculpture, drawings, writing and large-scale time-based projects, explains: “My work has considered how water systems, rivers, canals, seas and the hydro cycle connect places, both in time and space.

“Hull is a city defined by its relationship to the seas and the river. It has a rich maritime history and culture. With this work I wanted to connect to that and make people think about the current state of our seas and oceans and what this means for all our futures.

BLEACHED was made as my response to the beauty of underwater coral landscapes and out of concern for their fragile position in the world’s ecosystem.

“Water is a connective element, connecting one place to another. Environmental damage in one place, for example a coral reef, affects us all.”

She continues, “I first visited The Deep in spring 2016 and was spell bound by the coral exhibit. I loved the window on this underwater world of intensely rich colour and endlessly fascinating forms where you can press your nose against the aquarium see into a landscape of dreams.“ 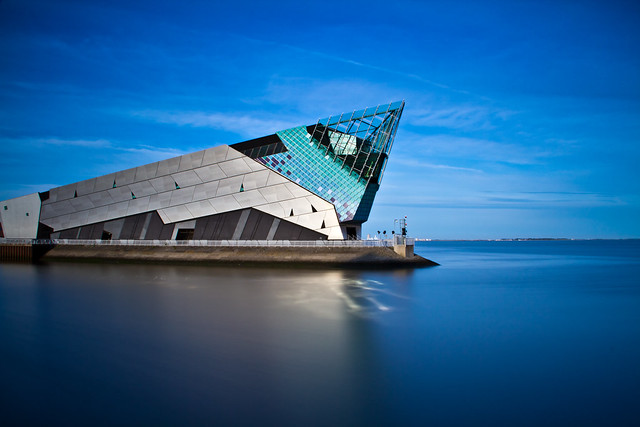 “As I was developing the ideas for this work, a major global coral bleaching event took place, unprecedented in its scale – 93% of the Great Barrier Reef was thought to be affected. Coral bleaching takes place as a result of rising sea temperatures; when the sea is too warm, corals expel the zooxanthellea algae that give them their brilliant colours leaving them ghostly bone white and at risk. The corals are not dead, and can grow back given the correct conditions, but they are under extreme stress and very vulnerable.”

“BLEACHED was made as my response to the beauty of underwater coral landscapes and out of concern for their fragile position in the world’s ecosystem.”

Born in Brighton in 1966, Kovats studied in Newcastle before getting her MA at the Royal College of Art, London. Selected for the Barclays Young Contemporaries of 1991, she received the young artist award. She has travelled the world creating artworks that explore her fascination with landscapes and water. 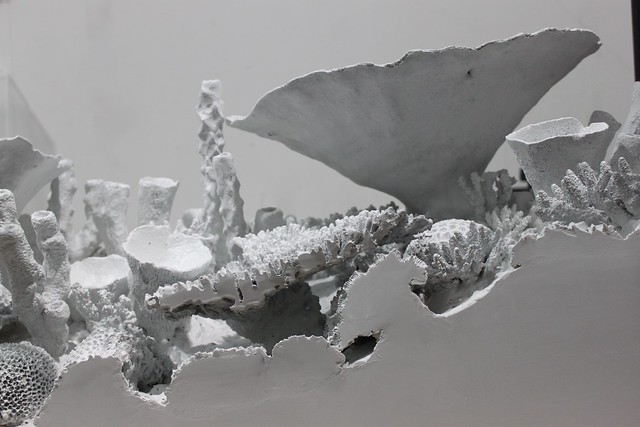 Her work Tree (2009), created to mark Charles Darwin’s bicentenary, is a permanent installation at the Natural History Museum in London, while All the Seas (2012 – 2014) presents water from 200 of the world’s seas, collected with the help of a global network of people drawn to the idea of bringing all the waters of the world to one place.

On display alongside BLEACHED at C4DI will be another of Kovats’ sculptural works, which celebrates oceanic tides and includes representations of the world’s three oceans in the form of three metal bowls called Pacific, Atlantic and Indian. The exhibition also includes new drawings of the surface of the sea, known as seamarks.

A further work, Colony, will be displayed at The Deep. The tree-like colony of barnacles was produced after Kovats undertook a residency in the Galapagos Islands working alongside the scientific community there.

Kovats loves the spaces in which her work is being displayed: the iconic lines of The Deep are visible from the windows of the C4DI, which itself is filled with the beautiful light bouncing off the Humber.

Having provided the initial inspiration for BLEACHED, it is only right for The Deep to be involved in the display of work.

Kovats explains, “The Deep is an amazing aquarium, a stunning landmark building containing a superb range of exhibits. It’s a place to fall in love with the things that live in the sea – all sorts of things we wouldn’t normally be able to see. And once we have fallen in love with them we might care more about how these creatures survive – what their needs are – and how we should not cause damage to their environments.

“A bit more behind the scenes The Deep are also a very serious centre for important research about the sea. They have been incredibly supportive with this work and a great partner for BLEACHED”.

The artist, whose work has also been on display at Manchester Museum of Science and Industry, is delighted to be part of Hull 2017

She continues, “Spending time in Hull has been really exciting. I’ve been particularly struck by the volunteers and the ongoing conversation across the city between people engaging with art in public spaces.”

“It’s all part of how the city has taken ownership of its time as the UK City of Culture 2017. There is a great energy to the place, and it’s great to see the city lift with all the attention. I have been very happy to be part of that.”

BLEACHED is on display at C4DI and Colony can be seen at The Deep. The installation runs from Saturday 29 July to Sunday 17 September. Entry is from 10am and free.