Indie lovers, in case you haven’t heard, Carl Barât – one half of The Libertines, and Dirty Pretty Things fame – is playing North Point this Saturday, as part of Back to Ours. This is big. Expect anthemic classics alongside newer material as Carl takes to the guitar with notorious style. Hull heroes LIFE are set to open the night, too. Their self-released album has been hailed by Kerrang as an album “to stoke the fires of change” and their sound is immediate and energetic. Punk rock, theatricality and showmanship aplenty, you don’t want to miss this.

Hull this Saturday at North Point Shopping Centre! Doors 7.30 not many tickets left. Last chance to see us before 🇺🇸 @2017Hull https://t.co/DvPWv3G0Bk pic.twitter.com/hLMAjPeNFU

Each year Ferens Art Gallery opens its doors to creative talent far and wide, as amateur and professional artists sit side by side on the gallery’s freshly painted walls, hot on the heels of Turner Prize 2017. The range of work this year is truly diverse and there’s even the opportunity to buy an original piece – just get in quick, or you might be competing with the likes of the Duchess of Cornwall.

Can a place influence how you write? Does writing bring a place to life? Son of Hull, Nick Quantrill (author of the Joe Geraghty trilogy) is joined by fellow Hull writers Louise Beech, Cassandra Parkin and Samantha Towle to discuss their work and explore what it means to be a writer in this city. Our writing scene has never been so vibrant or diverse so it’s the perfect time to join this panel of unique writers and hear what they have to say. And if you think there’s no crossover between crime fiction and contemporary romance you might want to think again…

Lost In Translation Circus have come to town and they’ve been seriously impressing audiences at sold out shows as part of Back to Ours. But we’ve got a hot tip there’s availability for Saturday night’s showing. Hotel Paradiso has transformed Archbishop Sentamu Academy’s atrium into an eclectic 1940s hotel, where its inhabitants swing from the ceiling and climb the walls in spectacular style. The cast of highly skilled circus performers have joined forces with local participants, including pupils of the school, to tell the dramatic story of the Hotel Paradiso’s battle to stay afloat, as the hotel’s Madame clashes with the dastardly banker. Thrilling acrobatics, theatrical storytelling, clowning and slapstick – what’s not to love?

Made in response to current issues arising in contemporary England, The Ununited Kingdom is a bold, satirical look at our times. It’s not all doom and gloom though – the play is a heart-warming, coming of age story and raucous comedy too – think This Is England or Four Lions. The theatre company behind the production, Hull-based Silent Uproar, are a great example of the high-quality theatrical talent the city has offer. You’d be mad to miss it.

Our raucous new comedy runs at @HullTruck from Tuesday 20 till Saturday 24 February. Simply book a seat in advance, then pay whatever you chuffing well like on the night. https://t.co/gQWt2VT0C7

The Warren Youth Project has been providing vital support to young people in Hull for over 30 years and its latest offering with girl-collective Make Noise looks set to be an important step in Hull’s music scene. If you’re a woman and a gig-goer, musician, engineer or anything else, Make Noise want to hear from you. Wednesday’s meeting will start a conversation about Hull’s music scene through talks, panel discussions and networking. What do you think needs to change or be addressed in the music scene, for women? How can we all make spaces more welcoming and accessible? All of this is up for debate, so come and make some noise. 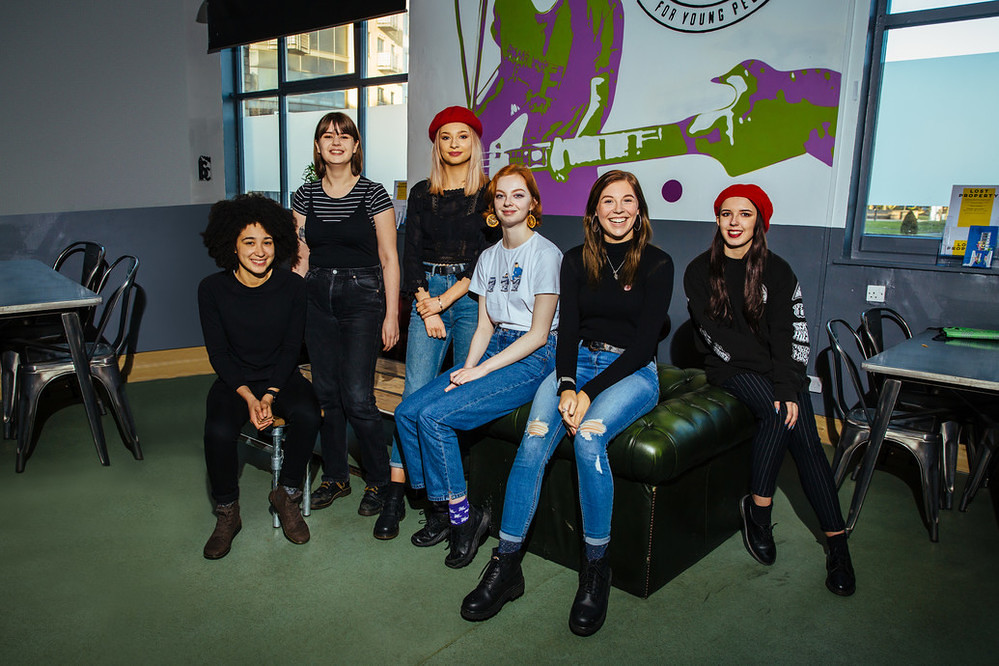 Turn and Face the Strange

Turn and Face the Strange is back. Theatre makers Garry Burnett and Rupert Creed have brought the Mick Ronson multimedia spectacular back after an acclaimed run at the Freedom Centre last year, which formed part of Hull 2017’s Creative Communities Programme. It tells the story of a boy from the Greatfield Estate, who went on to become an internationally recognised musician. Travelling the world with David Bowie as a member of Spiders from Mars, collaborating with the likes of Bob Dylan, Lou Reed and Morrissey: this is the Mick Ronson story.