Awful Auntie tells the story of Stella, who after spending three months in a coma, her Aunt Alberta explains to her what has happened. However, not everything Aunt Alberta tells Stella turns out to be true, leading to a fight for her life against her very own awful auntie.

The worlds most famous circus, The Moscow State Circus, comes to Hull for a spectacular display of their new production GOSTINITSA.

Promising to be an amazing event for the whole family, you can also take advantage of their two-for-one ticket offer for all shows!

Once again, Kingston Swing returns to the Hull City Hall for a weekend of breathtaking dance for Hullzapoppin.

Full of Lindy Hop, Jazz, Guest DJ’s and workshops, this exciting celebration of dance features the glamorous Hullzapoppin’ Swing Ball with the ever popular Gordon Webster Octet, and also the City Hall Stomp Off, recreating some of the most classic moments in Swing History. 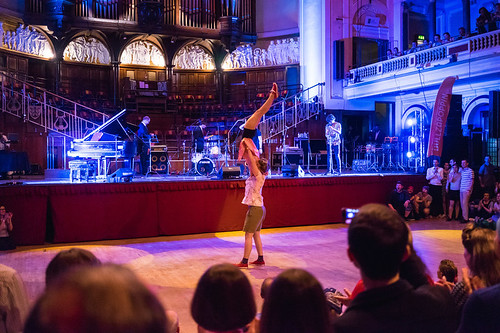 THE PLAY THAT GOES WRONG

A side-splitting comedy show endorsed by the likes of Ant & Dec and Joanna Lumley, The Play That Goes Wrong will have you laughing from start to finish.

The Cornley Polytechnic Drama Society are putting on a 1920s murder mystery, but anything can can go wrong, and does! The accident prone cast carry on against all the odds to reach final curtain, in which hilarious results ensue.

Wonderstruck tells the story of Ben and Rose, both who are from different backgrounds but wish their lives were very different. When Ben discovers a puzzling clue in his home and Rose reads and intriguing newspaper headline, they both embark on quest to uncover answers, unfolding mesmerising symmetry between them.