Six months in. Where does the time go? It seems like yesterday that we headed to town to shake off those New Year’s Eve induced hangovers for Hull’s first day in the spotlight.

Did we all feel anxious about whether the city could pull this off? I certainly know that one council-estate-kid-turned-poet did. Orchard Park’s own Shane Rhodes was biting his nails about how his poem The City Speaks would go down in front of an audience made up of people who had come out for some fireworks, not to stand in the cold without drinks and access to toilets in order to endure Shane’s distinctive style and rhythm and love letter to Hull.

When trying to work out what’s changed in this city in recent months, that moment when the video rolled and the authentic flat vowels of Stan Haywood, underscored by Steve Cobby’s music, cut through the cold night air and hit the heads and hearts of 25,000 people was a first, very immediate, sign that people were up for this.

People laughed, people cried, people held hands and, most importantly, there was a collective sigh of relief.

The talking stopped, a hush descended and people listened. To a poem. And at its conclusion a wave of applause swept over this historic corner of Hull that looks out over the Humber and beyond. And we were off, as were a crazy amount of rockets.

Of course, it’s not enough for audiences to simply be up for it. The work we’re presented with has to be of a certain quality. The anxiety that many felt could well have been down to questioning whether the city was capable of doing great things on a grand scale with the spotlight shining right in our faces. The city, the butt of jokes for years, could be humiliated like never before if this was messed up.

Everyone has raised their game, right on cue.

Yet, that Hull spirit of not particularly caring what the rest of the world thinks of us, which pumps through the blood of each and every one us here, may be what made the opening salvo such a resounding, up yours, success. The Made In Hull trail, the work of an “eclectic group of extraordinary artists”, headed by creative director Sean McAllister, writer Rupert Creed and producer Niccy Hallifax, with sound design by Dan Jones and lighting design by Durham Marenghi, instantly silenced the cynical.

This was most evident with Zsolt Balogh’s We Are Hull – the “epic” retelling of the past 70 years of Hull people and their history, with image mapping lighting up Hull City Hall, the Maritime Museum and the Ferens. People laughed, people cried, people held hands and, most importantly, there was a collective sigh of relief as people realised how bloody great this year was going to be. 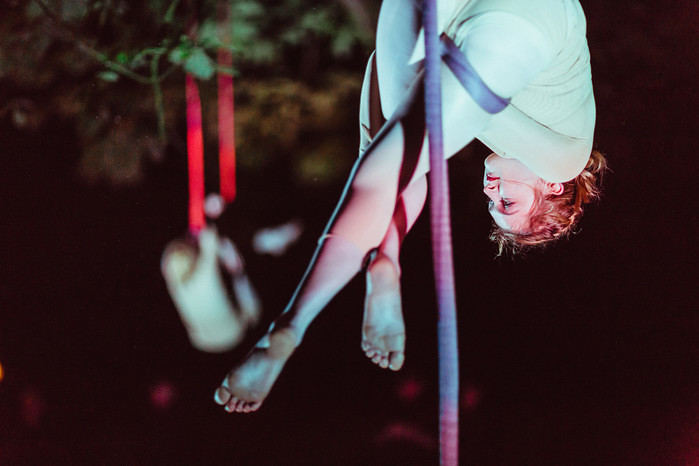 Six months in does beg some big questions: Is 2017 living up to our expectations? Is the work we’re being presented with capturing our hopes and fulfilling our dreams? Is it any good? Is it good enough? Is it making a difference?

The last question is the biggest of all. Again, the signs of change are all around us. The way we’re talking with confidence about our own work and the work of others is a direct result of the standard of the programme, with the knock-on effect being that everyone has raised their game, right on cue. And we’ve got very good at articulating what’s going on because suddenly we’re immersed in high-quality art and want to talk about it.

We’ve got very good at articulating what’s going on because suddenly we’re immersed in high-quality art and want to talk about it.

The other night in a beer garden a group of theatre sorts, including me, were accosted by a somewhat merry man demanding to know what we did for a living. “We’re all artists. We’re in the cultural industries,” one of our number responded.

A year ago, we wouldn’t have dared mention this lest we get punched due to declaring our ludicrously unfathomable career choice. Suddenly, not only is it not questioned, it’s understood. Whether we’re outing ourselves as writers, actors, musicians, dancers, painters, sculptors, filmmakers or circus performers, it’s accepted. And it leads to a bigger conversation.

Worryingly, though, the slightly merry man couldn’t really answer what difference the year was having on his life. “None. Maybe. Something. Hate orange barriers. I like Mick Ronson.” Suddenly, we’re highlighting Ronno-related activity later this year and realising that we’ve become ambassadors for 2017. As a lot of us have.

In a taxi returning from London recently, a driver told me that I’d missed out on some great things by wasting my time in the capital city. “It’s all happening here at the moment. No need to go anywhere else. Especially not there.” Hull better than London. There you have it.

There are some people who aren’t able to go anywhere else for a variety of reasons – social, financial, whatever –  and for whom a journey to the city centre’s venues presents an insurmountable hurdle.

If anything’s making a real difference it’s the Back To Ours programme of work that’s reaching those postcodes that have long been ignored, taking work to venues that feel like home, getting communities involved, winning people over and opening minds to the fact that culture, in all its forms, is for everyone. It’s not patronising anyone, just making everything available on the doorstep. That work needs to continue way beyond 2017, as I’m sure it will. Legacy, innit? 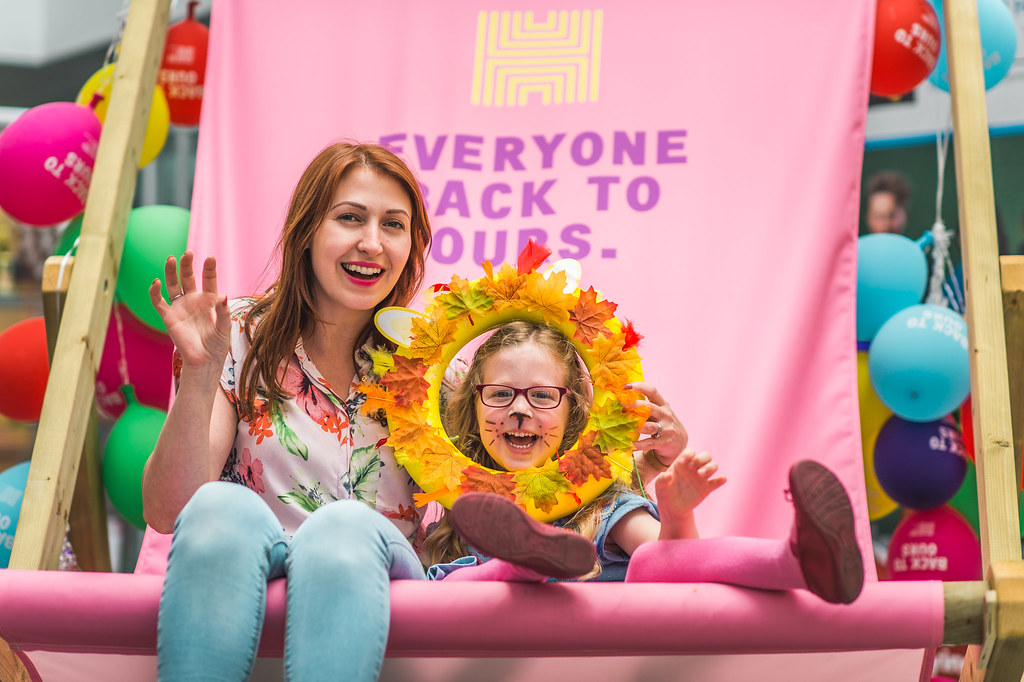 In the run-up to Hull winning the City of Culture accolade, the city’s creative community was galvanised and together like never before, with a sense that this was “our time”. Here was a chance, for many, to focus full-time on something that they’d been scratching away at for decades and to finally get the remuneration their work warranted. A chance to deliver projects of much greater ambition than previously possible and reach wider audiences in the process. A chance to proudly state, in a variety of ways, “this is what we do here, and isn’t it brilliant?”.

And indeed, 2017 is our time, whether on the ‘inside’ or not. Some artists have just grabbed things by the throat, not sought permission and stepped up their level of work. At the fringes of the official programme is an endless array of events demonstrating that this is a city transforming at every level. We have healthy cynicism in spadeloads round here, we’re natural outsiders, we don’t want to join clubs and cliques that would have us as members and so people are still doing their thing. And that’s as much a part, or an even bigger part, of 2017 as John Grant, Neu! Reekie! and BBC Radio 1 heading here, or Coum Transmissions, Hull Time Based Arts and Hull playwright Richard Bean making a return with The Hypocrite and the Royal Shakespeare Company.

Inevitably, we each have our favourite events. My love of that turbine blade slapped in the middle of Queen Victoria Square might pale into insignificance next to your adoration of the Lego daffodils that cropped up overnight in the shadow of the BHS mural. My admiration of the circus skills of those involved in Circa Productions Depart, dangling from rope in the pouring rain against the trainer-wrecking muddy backdrop of General Cemetery might mean nothing to you compared to that time of your life you had watching Charlotte Church’s Late Night Pop Dungeon in Hull City Hall. My dancing to Lindstrøm might not be your head-nodding to Basil Kirchin as played by the BBC Concert Orchestra. You might not have had mates drumming and living the dream in Northern Broadsides’ Richard III. Or seen people you’ve known for years rolling up their sleeves and knocking it out of the park and suddenly, at last, getting all of the attention and accolades they deserve. 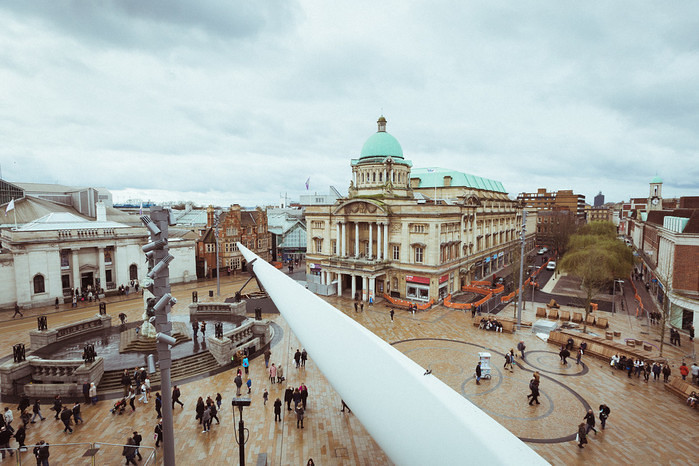 Inevitably, we each have our own disappointments too. I’m sure I’m not alone in wanting to love everything I attend but have found myself walking away from some events thinking, well, why was the narrative so disappointing? Why were so many people stood on a floating pontoon in Victoria Dock? Why were there only three cars in Chris Dobrowolski’s otherwise brilliant Washed Up CarGo in The Deep car park?

And audience numbers. Although anyone who’s clung on to their place at the rear of the online queue is aware that many events have been so popular demand has totally outstripped ticket availability (Height Of The Reeds, Depart and the upcoming BBC Proms at Stage @TheDock for instance), audience development and cultivating attendees who aren’t used to digging deep into their hard-earned cash takes a long time. People need food and a roof over their heads first. Watching The Flaming Lips’ Wayne Coyne mount his unicorn, an evening at Hull Truck, a gig at the Adelphi or a night watching theatre in the Welly can go unattended; it’s not a priority. Looking around the spaces I’ve been in, whether large auditoriums or small back rooms, whether paid events or free, there are a lot of the same faces. But that doesn’t mean we press pause. Change is gonna come. That’s part of the unstoppable journey we’re on.

Change is gonna come. That’s part of the unstoppable journey we’re on.

It doesn’t hurt to be critical, by the way. It’s important, going forward, because healthy debate around the value of the arts and culture ensures that artists make work that is relevant to the audiences and communities they serve.

As a consumer, I’ve been in a very fortunate position of attending a ridiculous amount of 2017 happenings. It’s exhausting, almost impossible, to keep up with and there’s always a sense that you might be missing out on something over there if you go to something over here.

Going to so much, which I’m aware is not an option for the majority of the people of this city, also skews perspective on how the year is going and what tangible change is taking place.

Six months in? I still think the best is yet to come, in the years to come.