If you’ve been down to Humber Street Gallery recently you can’t help but take notice of the three light sculptures currently on show in Gallery One. Mesmeric, bold and eye-catching, these three pieces are a glimpse into the prolific back catalogue of Tim Noble & Sue Webster.

Their series of light sculptures recall British seaside towns and carnival shows as they rhythmically send out messages of love and hate, recalling our own contemporary culture.

The exhibition, titled Forever, references arguably the most dominating piece in the show. A flashing emblem, Forever hasn’t always been set on the walls of a gallery.

Originally installed on top of a bus shelter on London’s Tottenham Court Road, Tim sees the work’s migration to a gallery as taking the work a stage further. “Putting Forever in such a pristine space you start to ask yourself what the word forever really represents.” Tim says “It’s such a definitive, courageous, romantic word. And it’s kind of ridiculous in a way. You almost need to sit there and ask yourself what it means.”

Interrogating the light sculptures is actively encouraged, too. The inspiration for the works at the exhibition stemmed from the pair’s own examination of British culture. Their time spent at seaside resorts like Blackpool, seeing the Illuminations triggered their own investigations into what they were and why they were there.

“They were originally put up to give people hope.” Tim says. “We liked that idea, that this signage was highly seductive, full of promise even and could be seen from miles away.”

This scale is carried through to the exhibition space. “We liked that we could put our work, our pieces, contrastingly in a small space,” he says “it becomes confrontational in a sense, for people to be faced with these signs in a room.”

Contrast and conflict is something that the pair strive for in their work. On working as a pair Tim says “Part of being a collaboration is the conflict of personalities. We’re like two magnets opposing one another, one makes the other spin around. That dynamic gives us a lot of energy and allows us to throw ideas around.” 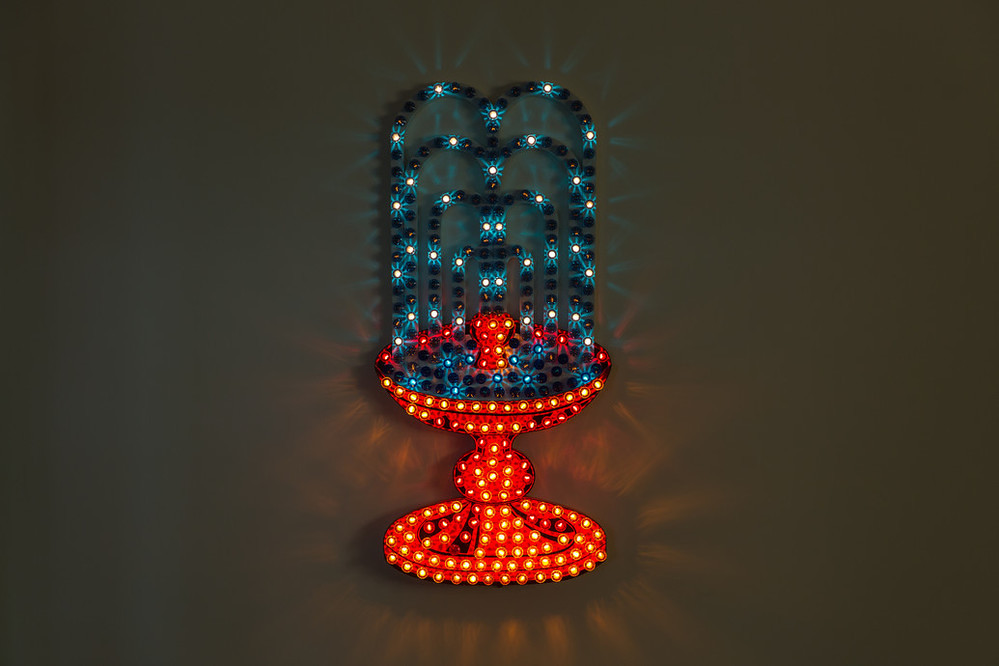 This energy translates to the exhibition where a rhythm permeates, from the hand-drawn flashing neon of Smoking Finger to the pulsing Excessive Sensual Indulgence, a fountain of light, which Tim cites as seductive and in your face.

When we talk about forever, we think about it in terms of a human life span, but Stephen Hawking said let’s look at infinity – what does that mean? That’s another form of forever.

This pulsing energy pulls you in. Tim observes “People like to stand under Forever and claim it” – you need only watch on as viewers pose in front of Forever to understand – an Instagram dream. He reveals “there are even two people we know who actually met underneath Forever and got married and they’re still together now.”

To think of the exhibition in only idealistic, romantic terms is to underestimate it. As Tim points out “When we talk about forever, we think about it in terms of a human life span, but Stephen Hawking said let’s look at infinity – what does that mean? That’s another form of forever.

“You can put four football pitches together and times them by one billion and you still haven’t scratched the surface of what forever is in terms of time and space.” 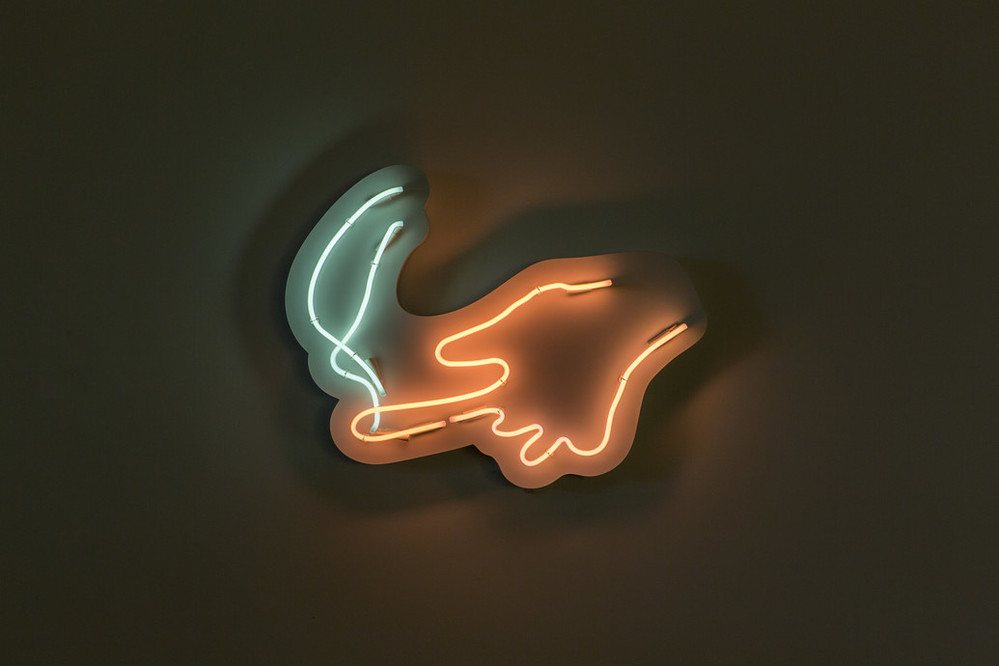 Scratching the surface of the exhibition and its power is tricky too, as the pieces play upon a very real human desire to find hidden meaning. This only adds to the air of seduction Tim references. He asserts “People do read a significance into the signs. They think about their own relationships, or lost relationships.” Each viewer can take what they want from the light pieces. This makes the exhibition personal, something you can make your own for a moment.

And crucially, as Tim points out “when you start to strive for a definitive overall meaning, you start to pigeon hole the work. I think behind those seductive, in-your-face signs there’s always a mirror. A darker contradiction, which we all love so much.”

If you want to see the show for yourself, Tim Noble & Sue Webster’s Forever runs at Humber Street Gallery until Sun 27 May. The exhibition is free to visit.