Fuzzfeed: The story so far… – Visit Hull
Skip to content

You’ll no doubt have seen these loveable puppets across social media this year! If not, where have you been?

If you don't know what #Fuzzfeed is, click the link! (Not suitable for young children…)

Fuzzfeed‘s brand of viral comedy comes to us from the makers of the BBC show, Fuzzbox. The cheeky, lip-syncing puppets are based on young people from Hull who don’t necessarily see the world, life, or the UK City of Culture, in the same way the adults do.

“We look for teenagers with a sideways view of life – the oddballs, the rebels, or the ones who see things differently. Hull’s full of really funny, weird teenagers. There’s all this amazing creative stuff going on in the city and we wanted them to be part of that.”

As one of the projects in our 60 Creative Communities Programmes, the creators of Fuzzfeed will share a new, relevant video every two weeks across 2017. The teenagers will be chatting about their take on all things City of Culture, and the trials and tribulations of being a teenager in Hull.

“The conversations are not scripted, they’re real,” Peter Snelling, director of Fuzzfeed, said. “When we work with them, we try to get them to talk about the challenges and difficulties of being a teenager and things that are important to them. We find that these things come up, like in the lovebite film – one of the lads arrived and had a lovebite, so we all just started talking about it.”

Once the teenagers have been cast from schools across Hull, they meet with the Fuzzfeed creators and get chatting.

“They wanted different teenagers, not normal teenagers, so they chose us.”

Then it’s the job of Marc Parrett to create the teenagers in puppet form, often from just their photos and voice recordings, before he’s even met them. He uses foam that he carves the shapes from and then covers it in fleece. 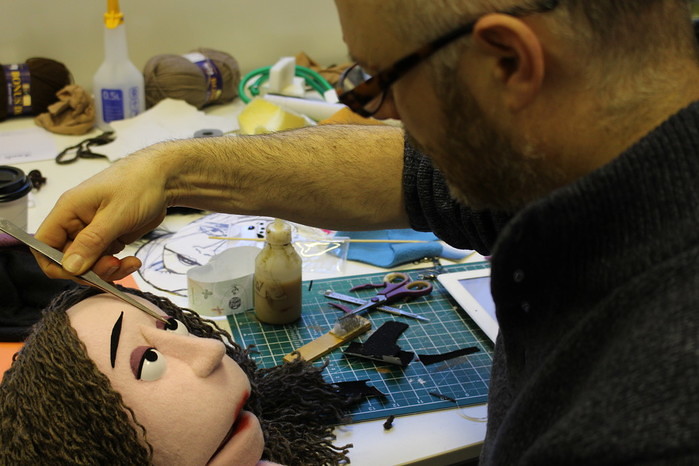 “It takes flipping ages to make the puppets,” says Marc. “It’s always the eyes, the eyes take forever, you’re constantly tweaking little things like the eyelids, the size of the pupils and the position of the eyebrows. It gives it so much character, it’s unbelievable how much it affects it! I give myself a day just to tweak those things.”

So far, four of the teenage boys cast to take part, and two of the girls, have had their puppets brought to life and filmed. “It was good to finally see them, they told us they were going to make puppets that looked like us and when we first got to see them it was really weird to see yourself, but not you,” says Callum, one of the Fuzzfeed teenagers.

You can check out the Fuzzfeed films every couple of weeks on the Hull 2017 social media channels as well as Fuzzfeed on Twitter, Facebook and YouTube. 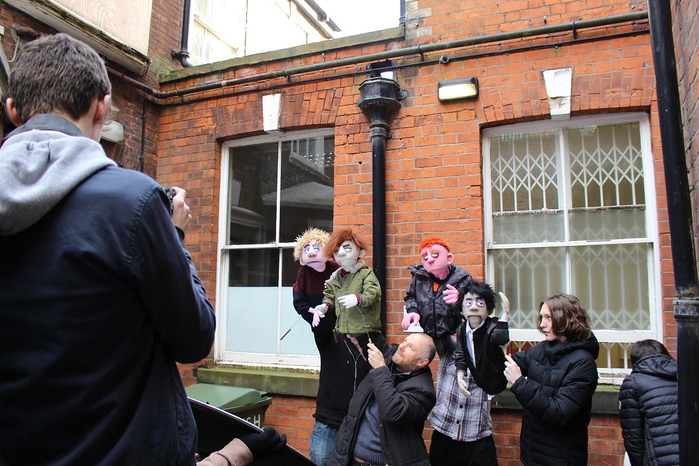