Last week we kicked The Sixteen Thousand off in style, delivering masses of clay bricks to Hull’s 151 nursery schools, early years settings and children’s centres. The project, which is part of our No Limits learning programme, is set to involve every child under the age of five – who attends a nursery school in Hull, in an artistic activity to fire up their creativity and to participate in creative activities and build a cultural legacy for Hull.

The children are in the process of sculpting their clay bricks that will then be fired and used in a huge installation in the city centre later this year. Staff from each of the nursery schools taking part received training in working creatively with clay and the educational benefits, so that they can encourage and support the children they’re working with. 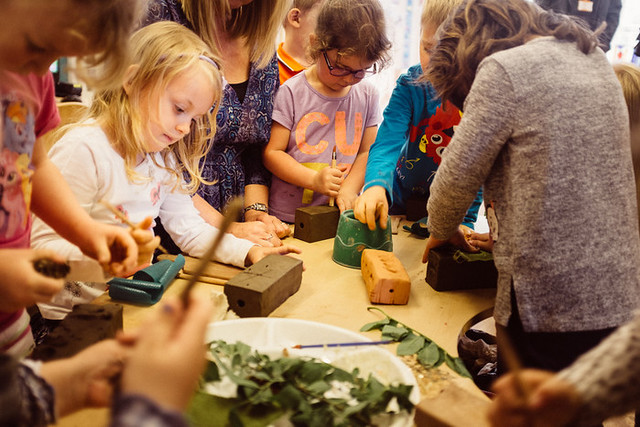 “I am delighted that every nursery school in the city is involved in the project as I firmly believe that engaging in cultural activities from an early age can be the catalyst for a lifetime’s love of the arts.”

After sculpting the bricks, they’ll be dried and fired at the Wienerberger site before being exhibited later this year. The bricks will then return to the quarry where the clay has been sourced from and will eventually be used in the creation of a nature reserve at the site once the clay has all been excavated.

#Hull kids are getting creative with clay. Here's what 4-yr-old Theo thought of @Kofi_Smiles's attempt!