Getting you back on your feet – Visit Hull
Skip to content

What a fantastic year it’s been for Hull. There’s so much positivity around, and from our experience here at Jelf working with people across the country, we know that the message about this great City of Culture is spreading.

As a Hull 2017 Business Club member we’re proud to shout about how successful this year has been so far. There are some amazing events happening in communities throughout Hull – invaluable experiences that are truly priceless.

But of course, we know that things don’t always go to plan. We deal with insurance at Jelf, providing a safety net for people when things go wrong.

We’ve insured all kinds of weird and wonderful things, from wind turbines in the Welsh mountains and several live sharks, to the recent Sarah Lucas exhibition pieces at Humber Street Gallery, all of them priceless to their owners. So that’s why we’ve been thinking; if you were told you had to evacuate your home or your business at short notice, what would you reach for? The dog? Your favourite photograph?

We asked some of our staff this question, to find out which priceless object means the most to them. Here’s what they said. 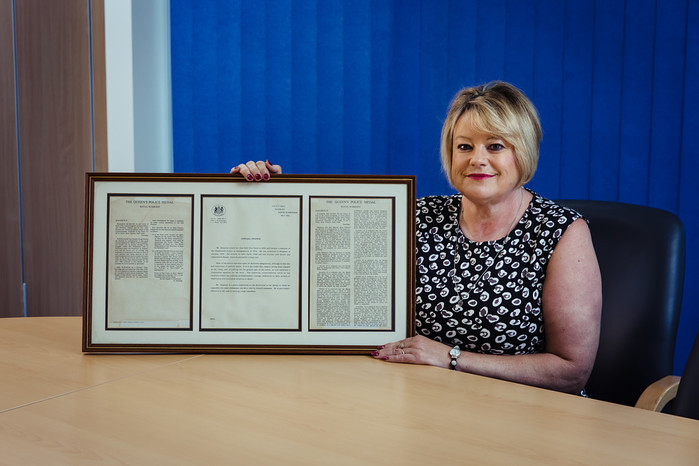 I brought in the framed Official Citation for the Queens Police Medal awarded to my father Brian Sargeant in 1989 following his retirement after 30 years’ service. We first became aware of the award when an official letter arrived stating that he was to be named in the Queen’s Birthday Honours. At the time he was one of a very small group below the rank of Chief Constable to be awarded it. It was awarded for outstanding service. He was Sargent Sargeant, badge number 168. The Police Force was his life and he excelled at detective work. My father passed away 14 years ago. The citation remains in my safe keeping for the time being and will eventually be passed to my son Michael who has the medal that goes with it. My Dad was my hero and the citation and pride in my father that it represents, is my most precious possession. 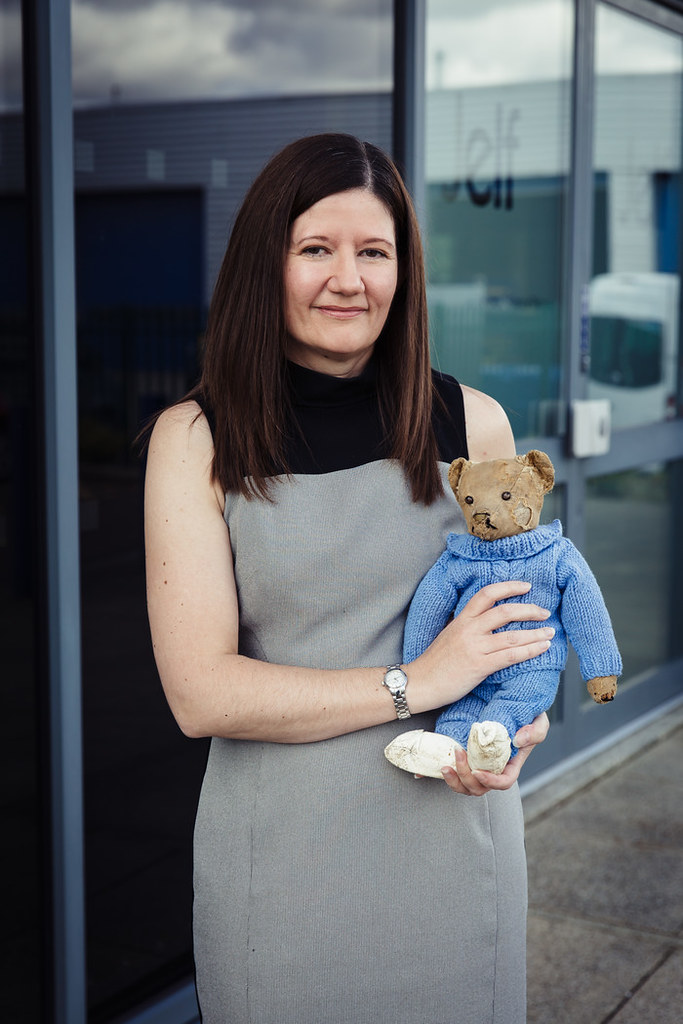 My item was my Grandmother’s teddy, Micky, who was given to her in 1911 when she was 5 years old, following the birth of her sister. Micky is currently 106 years old. My grandmother lived in Dublin and whenever I visited her, Micky was always waiting for me when I arrived at her house – even when I was an adult! He is not only a reminder of my Grandma but also a reminder of childhood times spent at her house. The clothes he is wearing were all knitted by my grandmother and the shoes he is wearing were my father’s christening shoes and they themselves are 80 years old! 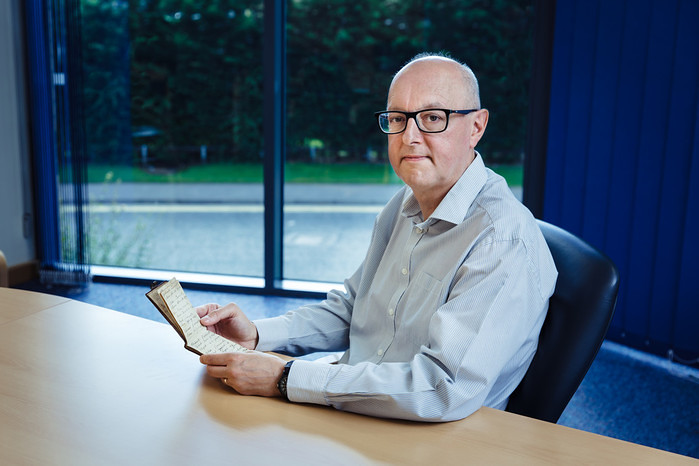 This little book dates back to at least 1866 and belonged to Peter Carrick, probably my great-great-great-grandfather on my father’s side of the family. The earliest entry is Robert Carrick, died 1799. The last one is my father’s brother Sydney, a soldier in the Second World War, who was killed in action in Normandy in July 1944. I have done some research into my family history, and this book has been very helpful. And whilst I seem to come from a long line of East Yorkshire farm labourers and dock workers, for me it’s about a sense of identity. My mother’s side of the family were Italian immigrants, so it’s all really interesting for me to delve into.

I would grab my phone in the event of a flood, as like many others in my generation, we don’t have photo albums filled with photos of family, friends and other loved ones, they are all on our phones. Likewise with videos, they’re not on tapes; and we don’t receive letters or postcards, we use text messages. All our memories are contained either on the phone or on the web. And there’s more and more things you can do with smart phones now, like payments, travel tickets, and checking your health, it’s all so easy to do.

If you were in the same position, what would you take? Which object means the most to you? Let us know over on Facebook.

At the heart of insurance is a simple idea; we work to get you back to where you were before a catastrophe happened.

Ten years ago after the traumatic floods in our area, here in Hull we helped to make over 470 claims go as smoothly as possible, enabling over £10.6 million pounds of funds locally to be paid to our clients, mostly businesses and therefore employers, to ensure they could get back on their feet.

When it happened again, in December 2013, whilst the number of flood claims we managed was only a third of the 2007 number, the amount paid out was still over £10 million. Both times, many of our clients welcomed the emotional support our staff were able to give in the face of what was for many a life-changing event.

Insurance makes a huge contribution to the UK economy of around £35 billion, and every day pays out over £40 million in private motor and property claims alone. Many major construction and cultural projects would not go ahead if they did not have the security of knowing that a catastrophe would be covered.

Here at Jelf Insurance Partnership, on Priory Park, we’ve been contributing too, and we’ve been singing the Hull tune since we were founded back in 1993. We share the enthusiasm for the City of Culture year, because we’ve always been enthusiastic about our City. It’s the desire to keep our community moving and thriving that drove us to become a Hull 2017 Business Club partner. We’re proud to number some of Hull’s major names and companies amongst our clients.

We’re a broker that puts our customers’ interests first, as demonstrated by our Investor in Customers (IIC) 3 star, exceptional rating. We provide advice, and access to suitable insurance protection and risk management.

Jelf Insurance Partnership is a trading name of Jelf Insurance Brokers Ltd (Reg No. 0837227), which is part of Jelf Group plc (Reg No. 2975376) and is authorised and regulated by the Financial Conduct Authority (FCA). Registered address: Hillside Court, Bowling Hill, Chipping Sodbury, Bristol BS37 6JX (Registered in England and Wales). Not all products and services offered are regulated by the FCA.