Hull City Council’s decision to bid for the UK City of Culture title played a key part in long-term plans to regenerate the city of Hull, cementing its place as a world-class visitor destination. It was hoped that aspiration and skills in the city would be improved through increased participation and our cultural visitor economy would thrive, transforming perceptions of Hull across the world.

Now, a preliminary evaluation report reveals that Hull’s UK City of Culture year brought the city into the national spotlight, with major investment in a world-class, 365-day cultural programme and visitor infrastructure, increased visitor numbers, unprecedented media coverage and a significant increase in participation amongst the resident population.

– The total number of annual visitors in 2017 is projected to be 1.3 million greater than in 2013, and the projected value of tourism in 2017 is on track to contribute more than £300 million to our economy

– Nearly 800 new jobs have been created in the visitor economy and cultural sector in Hull since 2013, a direct result of investments totalling over £219 million, which are fully or partly attributable to Hull’s UK City of Culture status

– Over half of the audiences were from Hull with 95% of all residents attending at least one cultural activity during the year, and 3 in 4 residents are now proud to live in Hull

The evaluation is being led by the University of Hull’s Culture, Place and Policy Institute (CPPI) as part of the University’s Principal Partnership with Hull 2017. The outcomes are being released as the University opens its doors for the Cultural Transformations: The Impacts of Hull UK City of Culture 2017 conference, exploring the successes and lessons from our cultural year.

Five key impact areas are being examined at the conference – arts and culture, place-making, economy, society and wellbeing and partnerships – and a full evaluation report is being presented.

Released just months after the end of Hull’s UK City of Culture year, the findings will inform ongoing work to capitalise on the initial achievements of the year and contribute to the ongoing delivery of Hull’s 10-year Cultural Strategy. 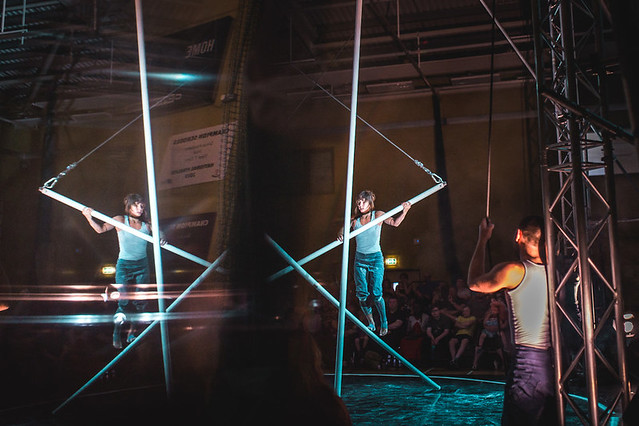 The Hull UK City of Culture project delivered a broad and high quality programme that attracted a large audience. Key findings include:

– Many audiences were new to Hull’s cultural offer, with over 60% of ticket purchasers being first-time bookers, record audience figures of over 1.4 million recorded at the city’s galleries and museums, plus an increase in ticket sales of more than 30% at the city’s major theatres and performance venues

– 465  new commissions were created, against an initial ambition of 60, and the cultural programme received an average quality rating of between 8.5 and 9.5 out of 10

– 9 in 10 cultural organisations said support received in 2017 enabled them to try something new which they would not have had the opportunity to do otherwise, and 87% of organisations felt optimistic about the future of the local cultural sector 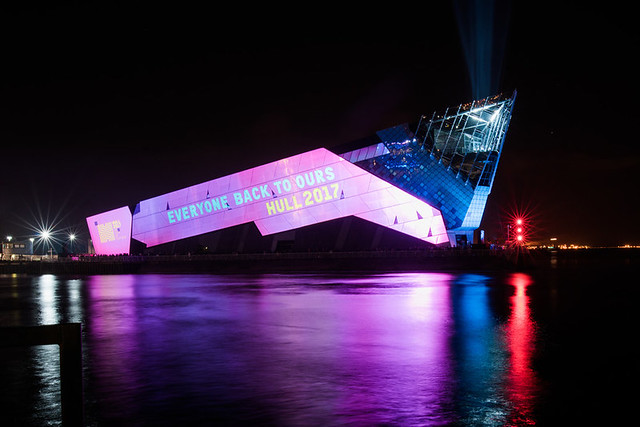 The city achieved an increase in residents’ pride and media profile. Key findings include:

– 75% of residents are proud to live in Hull

– Of those who visited Hull in 2017, 61% stated that they were likely or very likely to return and 8 in 10 stated that the cultural programme provided them with a different experience of Hull

– Over 20,200 pieces of media coverage were secured, which would have cost an estimated £450 million if purchased through advertising 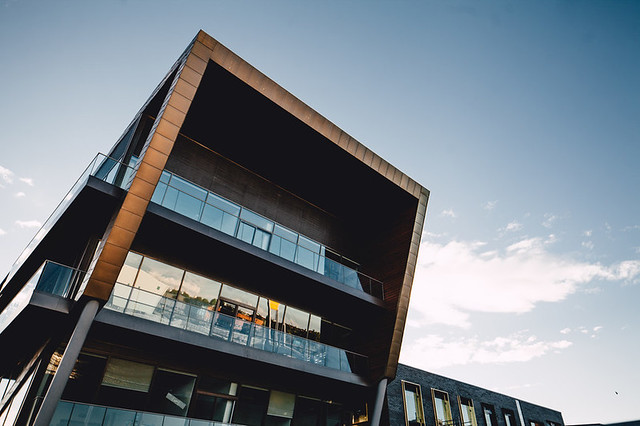 – 1 in 4 businesses surveyed in Hull and East Riding took on new staff in 2017 and 1 in 5 businesses extended their opening hours. Over half of these businesses felt that 2017 had contributed to an increased turnover

– Funding for local cultural activity grew in the build up to 2017, with successful Arts Council England applications increasing by 346% 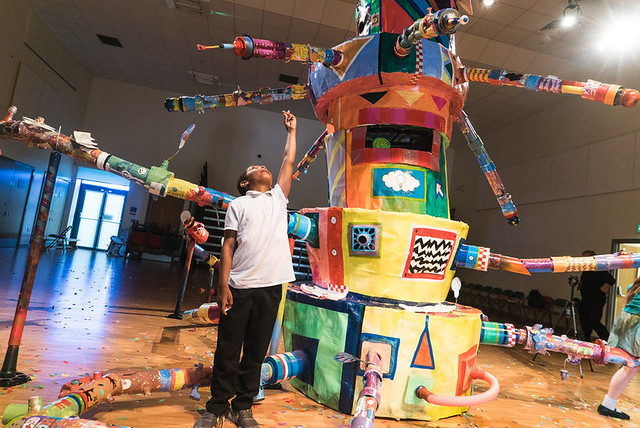 Confidence to participate in cultural, community and recreational activities has increased significant across the city and participants reported positive effects on their wellbeing. Key findings include:

– Over 100 education institutions took part in Hull UK City of Culture 2017’s learning and participation programme No Limits, reaching 56,000 children and young people. As a result of taking part, 40% felt happier and 63% felt encouraged to take part in creative activities in the future

– Over 2,400 volunteers undertook 337,000 hours, or 38.5 years worth of volunteering. Amongst the volunteers, 71% agreed or strongly agreed that there had been an improvement in their self-esteem as a result of their participation. 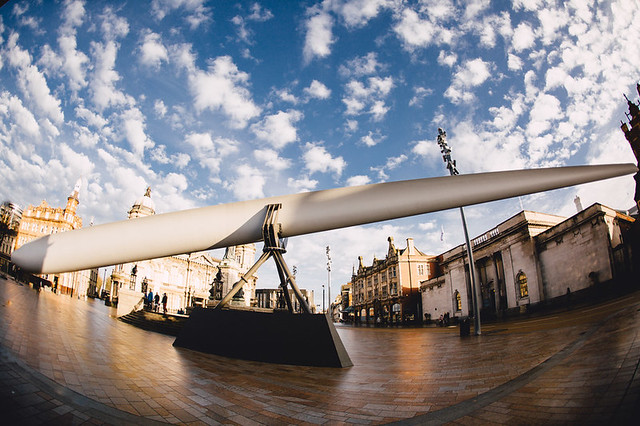 Funding secured to deliver the year was more than double the original target. Key findings include:

– £32.8 million was raised for the cultural programme from more than 80 local and national funding partners, which was more than double the original target.

– Hull’s cultural year accelerated or attracted new funding for major capital projects in the city, with more than £48 million invested by Hull City Council in public realm enhancement and major developments of the Ferens Art Gallery and Hull New Theatre

– The success of the year was possible as a result of strategic partnerships ranging from host city partner Hull City Council to public sector agencies, national arts institutions, the media, health providers and the government

– The year provided an opportunity to build international partnerships with the likes of Freetown in Sierra Leone, Rotterdam in Holland, Reykjavik in Iceland and Aarhus in Denmark

Professor Glenn Burgess, deputy vice-chancellor at the University of Hull and Hull 2017 board member, said: “Hull’s UK City of Culture year delivered a high-quality programme and a strong visitor welcome which has left audiences with an overwhelmingly positive impression of the city.

The city has capitalised well on the boost being City of Culture has provided, delivering positive social impacts and building its cultural infrastructure significantly right across the city. 2017 is the foundation for what comes next for Hull. The onus is now on Hull to build upon the success of the year and continue to develop a vibrant cultural city – I have every confidence that it will do so.”

Katy Fuller, who was recently appointed creative director at Culture Company, said: “This early evaluation shows that Hull being UK City of Culture touched the lives of almost everyone living here. It increased the already fierce pride in their city and changed perceptions here and across the country. That it has had an impact on the bottom line is fantastic, but most important is how it has empowered people, as audiences, participants and artists.

The vision of Hull City Council and support from the many funding and creative partners cannot be overstated and this continued working together will be critical to the future success of this great city. We are passionately committed to playing our part in this vision for the future.” 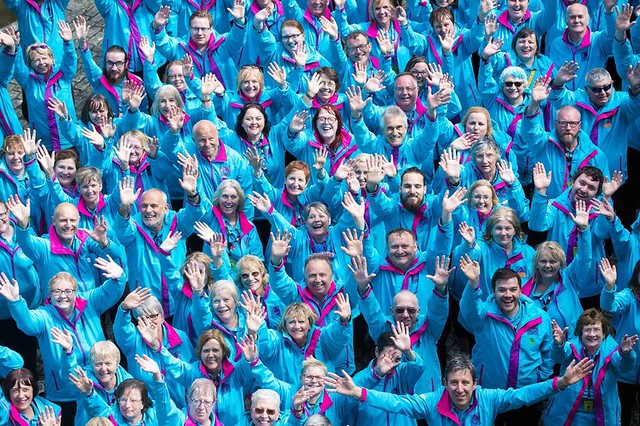 Hull City Council leader, Councillor Stephen Brady, said: “The evaluation demonstrates that our investment in City of Culture and in culture-led regeneration has paid off. Levels of participation and pride within the city have exceeded all of our expectations, with the opportunities for local people to get involved enriching and improving people’s lives in ways we could not have imagined when we decided to bid.

“The project has also resulted in soaring confidence in Hull from outside the city, and we know that there is more investment to come. Our legacy plans have been in place since 2013 and we are already on our way to fulfilling them with the 3,500 seat music and conference centre Hull Venue due to open this summer, detailed plans for Yorkshire’s Cruise Terminal in development, a £27 million project to create a new visitor attraction around the city’s Maritime History, plus more major art commissions from the newly formed Culture Company, who will ensure Hull stays on the international culture map.”

2017 has proved that culture can be a catalyst for change, and the year is a firm foundation on which to continue building and growing our city. In 2018 we have already seen the return of Back to Ours festival, acclaimed critic James Graham’s The Culture debut at Hull Truck Theatre and celebratory exhibitions Grains of Scandalous Blue and Big Picture.

With the Culture Company’s continuation as a permanent national arts company based in the city, we can expect to see plenty more, including the launch of two new exhibitions at Humber Street Gallery by critically acclaimed artists Richie Culver and Tim Noble & Sue Webster.

Find out more about the impact of Hull UK City of Culture 2017 by reading a summary report or downloading the full Cultural Transformations report.