Hull Central Library is proud to be hosting the popular exhibition of Quentin’s portraits of 10 of Roald Dahl’s most iconic characters which were first on show at the British Library in London in 2016-2017.

To celebrate the 100th anniversary of the birth of Roald Dahl, Sir Quentin Blake has produced new portraits of 10 of Dahl’s most famous characters – the large watercolour and pencil portraits include heroes such as Matilda, Charlie Bucket and Sophie and The BFG, together with some of Roald Dahl’s gruesome creations such as The Twits and are available to view in the Hull Central Library exhibition room.

Launched in 2007, Tribfest aims to give families an affordable, fantastic, fun weekend away. Held in the beautiful surroundings of Sledmere House, it’s a great time to relax with fellow festival friends, old and new, while listening to great music and comedy across six stages.

As well as tribute bands, there are many other fantastic forms of entertainment across the festival stages, including The Unsigned Marquee, Acoustic Marquee, Laughing Bull Comedy Marquee, Freedom Road under-20’s Marquee and the Kidzone. 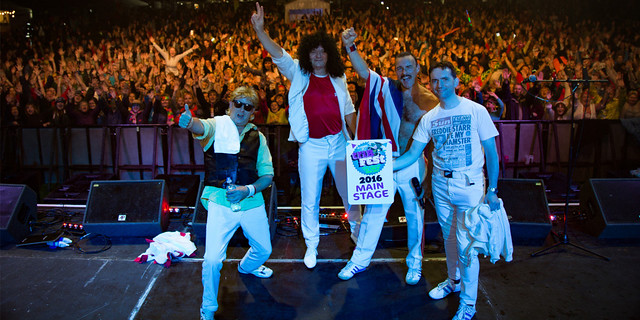 LUMER will also headline our next HUSH show on 8 September. Tickets are now sold out, but more will become available on 25 August via the Hull 2017 website.

Tickets are £5 on the door.

Alien Sex Capsule is formalised around the ‘cruise maze’ – a structure common to sex clubs and gay sauna. Using the maze as a directive mechanism, Walter guides the viewer through a carnival-like space filled with painting, sculptural and video pieces that bring together conversation and research on the complex subject of contemporary sexual health today.

The exhibition is part of Square Peg, a diversity and disability arts programme funded by Hull 2017.

Imagine the end of the world. Now imagine something worse. Award-winning filmmaker Trey Edward Shults follows his incredible debut feature Krisha with It Comes At Night, a horror film following a man as he learns that the evil stalking his family home may be only a prelude to horrors that come from within.

“You want horror that screws with your head? This is your ticket, a haunting story of two families surviving the post apocalypse proves there’s a major new filmmaking talent in town, Trey Edward Shults” – Peter Travers, Rolling Stone

Mad Pride is about voicing the unspoken, the extremes of thoughts from despair to euphoria and breakdown to breakthrough. Mad Pride’s vision is to use art and culture to break down the barriers around mental health as part of our Creative Communities Programme.

Bringing together community groups and artists to collaborate on creative projects using a variety of media – it will build a movement of solidarity and celebration around mental health.

This week’s Mad Pride is running a Cardboard Structure Workshop on 23 and 24 August, where you can join in as the team builds a giant head you can play in, entirely constructed from cardboard! Open to all, but children must be accompanied by an adult.

The workshop takes place from 11am to 4pm in Princes Quay Shopping Centre.