A satirical musical comedy about the struggles and woes of life as an actor. Think La La Land meets Extras and you’ll get the gist.

No matter how hard you try, there is always one role that you know you will never get. Surrounded by an industry based on physical appearance, race and gender inequality, it’s time somebody stood up and turned typecasting on its head, and that’s where She Productions come in.

Performing familiar songs and sketches in new and intriguing ways, this is a brilliant opportunity to see a young, local theatre group in action.

A brave and unflinching journey into the dark underworld of urban, gay life. Travelling through hidden basements, bedrooms and bars across London, Chemsex tells the story of several men struggling to make it out of ‘the scene’ alive and one health worker who has made it his mission to save them. While society turns a blind eye, the truth remains that HIV, drug addiction and finding acceptance continue to be prevalent issues for the gay community today.

Chemsex is one of several film screenings presented by Where Are We Now? and Hull Independent Cinema in advance of the festival. Please note that Chemsex is an 18+ screening. 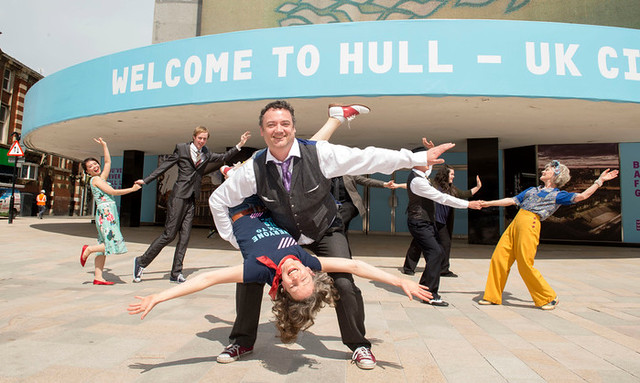 Master the art of the Shim-Sham, the Charleston, the Lindy Hop, the Collegiate Shag and more at Hullzapoppin’s free dance classes for all abilities over the bank holiday weekend. Then round off your day of dance with Saturday’s glamorous evening knees-up featuring two of the best live swing acts around – Pete Long’s Echoes of Ellington and the Gordon Webster Octet.

All of this, a feelgood atmosphere and some of the best swing DJs in the country make for perfect Saturday night entertainment, but if you’re looking for even more, check out the full weekend programme.

This collaborative, live adventure with The Sobriety Project and Castaway Goole Accessible Music Theatre takes the audience on a unique musical theatre journey around Hull’s Marina. Unfolding on board the Humber keel barge Sobriety and around Hull’s Docks and Fruit Market, the performance features 15 amateur actors with disabilities alongside a cast of professional performers.  Part of Hull 2017’s Creative Communities Programme. 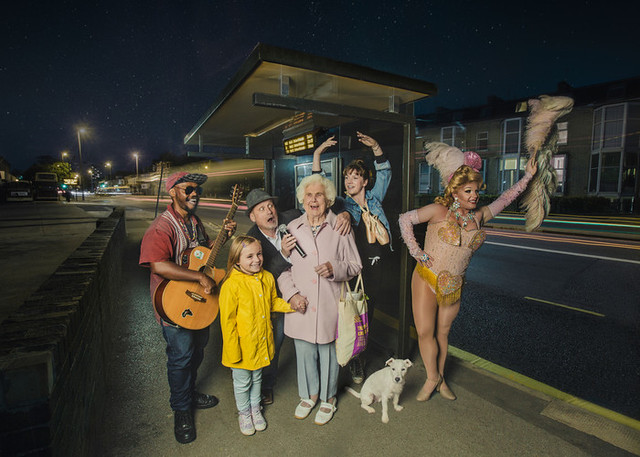 We’ve got an incredible line-up for our second Back To Ours extravaganza taking place throughout the May half-term holidays.

The festival is jam-packed with magical moments, heartfelt stories and belly-laugh jokes, so there’s plenty for you to sink your teeth into. Enjoy a costumed sing-along screening of Grease, giggle your socks off with the kids at The Funny Thing About or catch some of Hull’s hottest bands in a series of live gigs.

Discover the rest of the Back To Ours programme.

The year was 1979 and a new urban sound had found its feet in America in the form of the Sugarhill Gang, a three-piece hip-hop collective that would go on to sell a whopping 8 million copies of their hit single Rapper’s Delight.

In the meantime, legendary turntablist Grandmaster Flash had assembled with The Furious Five, who were liberating dance floors around the world with a fresh sound, eventually achieving UK Top 10’s with White Lines, Step Off and Beat Street.

Fast forward a few years and both acts are united in Hull for the biggest old school showdown of 2017 as Sugarhill Gang’s Hen Dog, Master Gee and Wonder Mike combine forces with Furious Five’s Melle Mel and Scorpio. Get your hands in the air to embrace the forefathers of hip-hop. 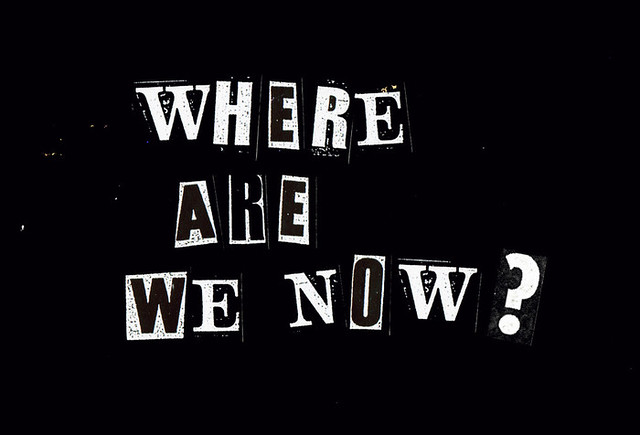 Scotland’s “favourite avant-garde noisemakers” Neu! Reekie! shake things up with a night of live music, spoken word, poetry and film as part of Where Are We Now? festival.

View the full Where Are We Now? weekend festival line-up.