We’re almost a month into 2017 and it’s been jam-packed so far! Here’s your guide to some of the highlights coming up over the next week …

Discover the next generation of performers and choreographers as Creative Voice and Hull Dance take over Hull Truck Theatre with Creative Voice Dance.

This event also treats you to a newly created piece by Hull Dance Youth Company, influenced by CeydaTanc Dance, as well as a performance from Lo:cus Dance Theatre who won the audience award at Hull Dance Prize 2015.

Additionally supported by Hull and East Riding Dance Hub, performers had the opportunity to apply and be judged on the night to represent the region at Fresh, the regional youth dance platform. 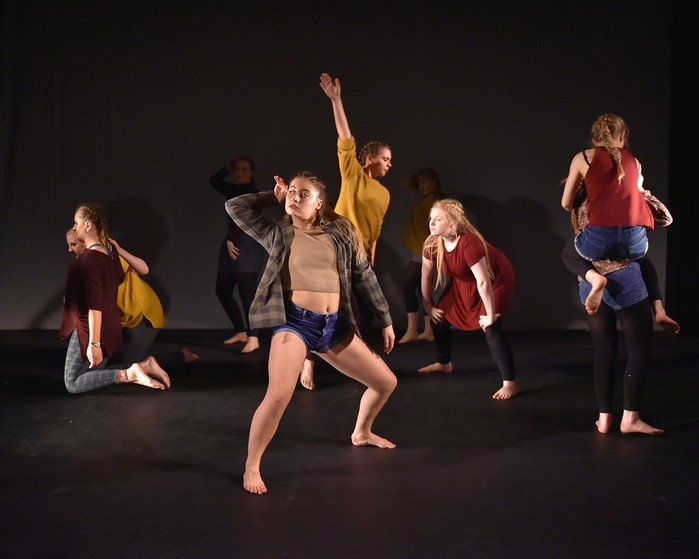 Gruff Rhys And Friends: Set Fire To The Stars

The Adelphi brings Gruff Rhys And Guests: Set Fire To The Stars to the University of Hull. Watch as Super Furry Animals frontman and singer-songwriter Gruff Rhys performs his recently released soundtrack to the Dylan Thomas film Set Fire to the Stars.

During the performances, ace film director Dylan Goch (who cut his teeth mixing VHS tapes at 1990s raves) will reimagine and remix the said monochrome movie as they play. DJs from the mighty Finders Keepers will be on hand to help create a most memorable musical happening.

Ticket holders are also invited to a free screening of the film Set Fire To The Stars (Certificate 15) starring Elijah Wood and Celyn Jones.

Drawing Water: Drawing As A Mechanism For Exploration

Drawing Water: Drawing As A Mechanism For Exploration is part of the University of Hull’s popular annual History Of Art Public Lecture series, which this year is devoted to the theme of drawing to coincide with the Lines of Thought: Drawing From Michelangelo To Now exhibition.

The Drawing Water… lecture will see Tania Kovats speak about drawing as a practicing artist, linking her comments to the exhibition.

Tania is director of the MA Drawing course at Wimbledon College of Arts.  She studied at Newcastle and at the Royal College Of Art and is joint author of The Drawing Book: A Survey Of Drawing: The Primary Means Of Expression (2005).

Masters of the Sienese School: A New Discovery

As part of the Spotlight On: Lorenzetti season, Kirsten Simister, curator of art at Ferens Art Gallery, will compare two Sienese masterpieces on display in the Ferens’ exhibition: Duccio’s Annunciation and Pietro Lorenzetti’s Christ Between Saints Paul And Peter.

We cannot wait to open the doors to Hull’s newest art gallery, the Humber Street Gallery (pictured in header). Our two highly anticipated opening exhibitions COUM Transmissions and Power in Woman are sure to go down a storm.

Explore the life of COUM Transmissions in the first exhibition of materials drawn from the personal archives of Cosey Fanni Tutti and Genesis P-Orridge. Founded in Hull during the late 1960s, COUM Transmissions was a collective whose work confronted, subverted and challenged societal conventions. Labelled ‘the wreckers of civilisation’ by a Conservative MP following COUM’s prostitution show at London’s Institute of Contemporary Arts, the group’s end in 1976 heralded the formation of the musical collective Throbbing Gristle.

Contemporary British artist Sarah Lucas presents Power in Woman, three sculptures each depicting a female figure in cast plaster. These works were first shown as part of Lucas’ acclaimed commission by the British Council for the British Pavilion at the Venice Biennale.

The three sculptures derive from a series of 10 bodies in cast plaster, collectively titled the Muses, for which Lucas used various friends as models. Each presents the female body as literally “topless” – a pair of legs arrested at the waist, adopting a range of poses from the coy to the confrontational. 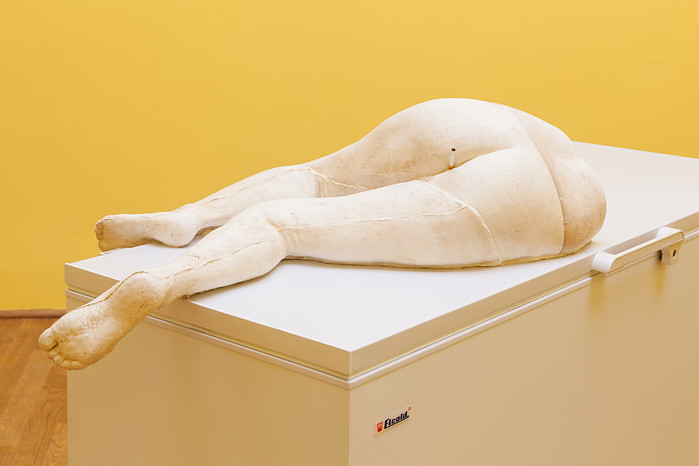