Pop into your favourite cafe this weekend and you may find, nestled in the magazines and newspaper baskets, Lost Property, a collection of stories from LGBT people living in Hull that were recently published in a zine. But what exactly is a zine (pronounced zeen)?

Short for fanzine or magazine, zines are low-budget, self-published booklets or pamphlets that are often printed in low numbers, in contrast to mass-produced, glossy nationals.

“They’re a great way of telling stories, showcasing imagery or getting a message out in an affordable way,” says Hull-based designer, Snapper. Lydia Caprani, another designer, says that zines “give people a cheap output to spread their message in a way that’s not too polished and not too precious. They can even be disposable if they need to be”.

As a result, they can be an accessible and affordable outlet for marginalised people to share their thoughts, giving voice to those not represented in traditional media.

Whatever needs doing or saying can be done and said without permission, without waiting around, without corporate sponsorship.
– Mike Sprout, Ground Gallery

“This quote has always stuck with me,” says Michael Barnes, one half of Pizza Eaters, whose Rainy Day activity books are available at Form on Humber Street. “‘If it’s inaccessible to the poor it’s neither radical nor revolutionary’.”

Mike Sprout, of Ground gallery and workshop in Beverley Road, Hull, shares that perspective: “Whatever needs doing or saying can be done and said without permission, without waiting around, without corporate sponsorship.”

Circumventing established media stems from the dawn of print itself, in the 16th century, when people began making chapbooks to share poetry, folk tales and rebellious ideas. Print originated as an efficient way to replicate content. That scarcity can sit alongside accessibility shows how diverse zine culture is: whether you want to spread an under-represented message or do something niche, there is room for everybody to do their thing.

“Just as print became a thing, people started creating little chapel books – like hymn books – containing poems and illustrations, often political, which spread like wildfire across villages,” says Lydia Caprani, who is one of the organisers of Hull Print Fair.

Zines are among the wares available at this year’s Hull Print Fair, an annual marketplace that Lydia and Josh Williams launched three years ago to celebrate printmaking in Hull.

This year’s event at Humber Street Gallery on 21 and 22 October features work from more than 20 local and northern artists, covering media as extensive as photography, textiles and illustrations, as well as workshops.

Just as print is diverse today, so too are zines, which can range from folded and photocopied sheets of unremarkable printer paper to hand-stitched booklets. Subject matter may take in recipes and silly comics to scathing social and political commentary; genres can include poetry, fiction, essays, illustration, collage, photography – anything that can be laid down in print. All you need to get started is an idea and some paper. And that makes them popular with artists in particular.

“They are a platform for expression that is immediate,” says Jazz Harbord, an illustrator from Hull. “I love the rawness of zines, that they allow for unedited exploration of themes with the focus on communication rather than craft.”

Jazz especially likes the “openness” of creating something physical that can be shared. “Creating a zine can make you feel vulnerable,” she explains. “I use the pages like a diary or sketchbook. In a world of memes and people sending messages, rather than meeting for coffee, I think people like to hold something honest and realise it’s okay to feel things.” 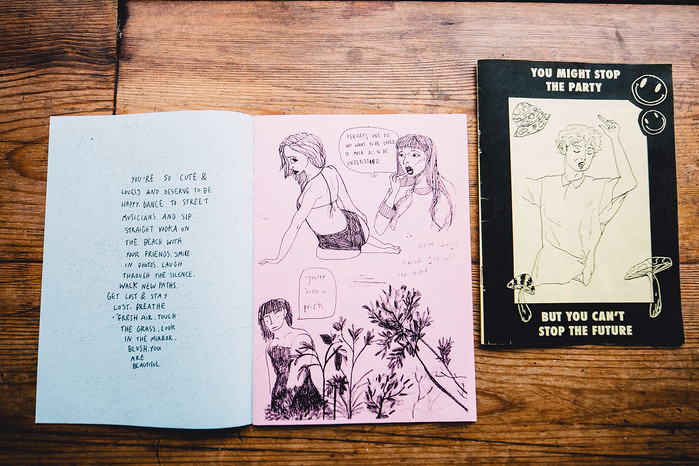 Snapper, who runs Hub A, a new artist space in the city centre, also finds the zine-making process compelling. “Low-quality zines, comix and leaflets tell a story besides the content, in the way they’re produced,” he says. “Being able to tell that people have made something themselves, sat around printing, trimming and stapling, is a wonderful thing.”

Meanwhile graffiti artist Vrok uses zines to document his work, and that of other graffiti artists, finding a permanence in their pages that is missing in the streets. “Graffiti is very ephemeral,” he says. “Once it’s painted it can disappear the next day. I have always documented Hull’s graffiti because of that reason. All of what you see in my zines has long gone.”

Vrok also tends to only create small runs of his zines – about 150 copies – meaning they become sought-after items: “The zines I publish are free but the content is precious.”  And that is part of the appeal to collectors and artists alike. “What you are publishing is not easily accessible to all and sundry,” adds Vrok. “You are communicating to a select few who are lucky enough to unearth your treasure.”

That exclusivity contrasts with the ubiquity of digital media today. “Everyone has a phone on them but there’s something nicer about touching something,” adds Josh, of Hull Print Fair. “It makes it a lot more collectable, especially if they have imperfections, like if the ink is smudged or they’re a little torn.” 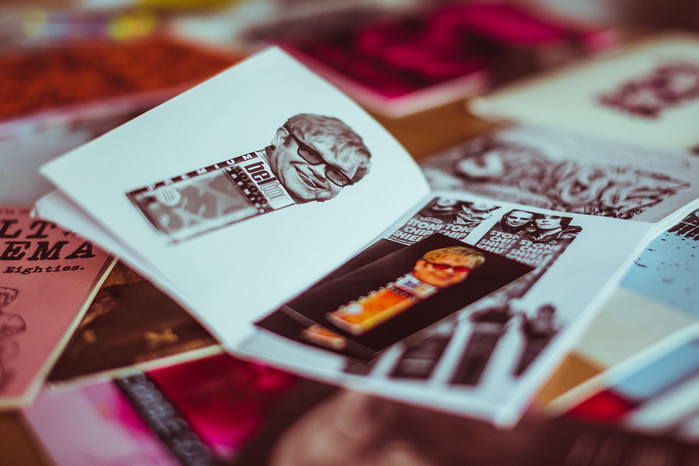 So where do you start if you want to create a zine of your own?

Ground, on Beverley Road, is a good place to work, draw, paint or talk your ideas over. “We have a risograph printer and a guillotine,” says Mike. “We can also help people work out how to get their work ready to print, such as advise on layout, colours and how to use a photocopier. We generally open on Saturdays noon-5pm and Tuesdays 5-7pm.”

Ground also holds regular zine workshops and is planning a zine fair for January. The newly opened Hub A on Lowgate is also available for more established artists looking for studio space. “We have cheap spaces to work, a library, photography studio and print room, which has various screen-printing equipment that will be used in tutorials and classes later this year,” says Snapper.

And if you get stuck, simply follow Michael Barnes’ advice: “If you have a good idea don’t overthink it: just do it!”.