Arriving hot on the heels of Turner Prize 2017, the 2018 Open Exhibition is an excellent showcase of grassroots artistic talent in Hull. The annual exhibition, based in Ferens Art Gallery, boasts a democratic process where anyone can get involved. Amateur artists see their work rub shoulders with professionals; it’s a celebration of creativity without hierarchy.

On show until 22 Apr, the artwork on display comes in all shapes, sizes and formats. As a contributor and fan of the exhibition, Hull 2017 volunteer Paul Benson talks me through his own work and picks out his personal favourites from the sprawling selection on display. 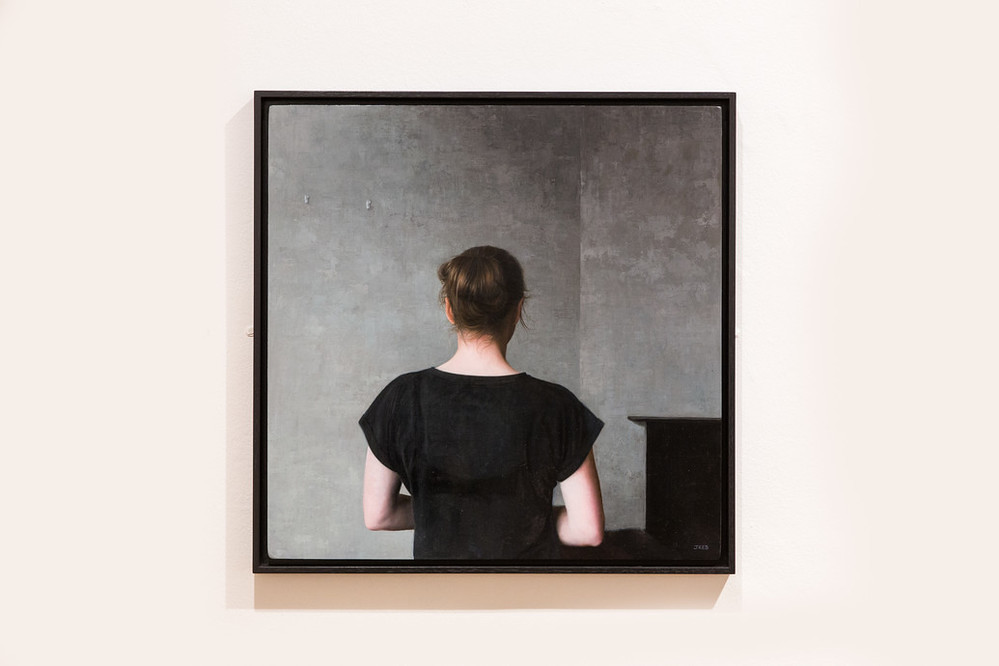 Paul says, “I think this is an absolutely fabulous piece. I love the artist René Magritte, and when I studied art we looked (at his work), and he has a piece that’s called Not to Be Reproduced – this really reminds me of that. It’s so evocative. I mean there’s so many questions, all open to interpretation, to be thinking about. What is going through this person’s mind? What is happening in the picture?

“This really makes you think, why has the artist set her model up like that? The muted tones tend to make me think that this is quiet contemplation. It obviously has been a painted model, the level of detail in the hair is not ‘made’, it’s observed. You can sit back and enjoy this piece of work. It’s also beautifully, beautifully painted as you can see. It’s spot on.” 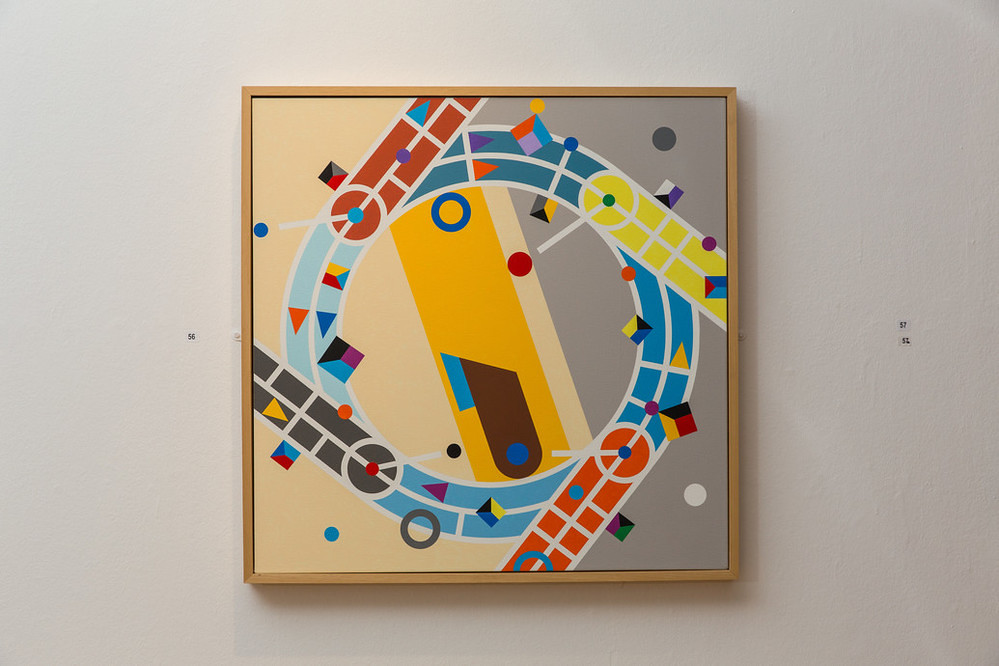 Paul says, “This is completely opposite. It’s obviously abstract and, for me, the composition just works. This is joyful and cheerful. This is actually music in your ear – you can hear that painting! I know that’s a funny thing to say but, actually…you know, it sort of goes round and there’s little shapes that dance. It’s really upbeat!

“It reminds me of another artist that I studied called Wassily Kandinsky, but again it’s another piece that has been really carefully painted and really carefully put together. The proportions all work and the colours tend to work together. I just really like it.” 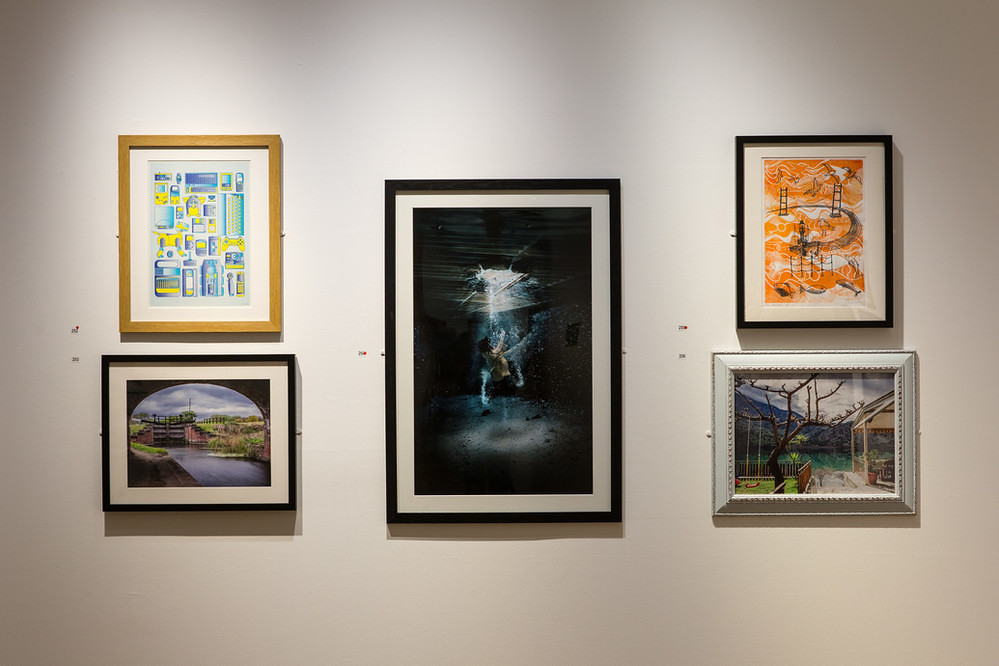 Paul says, “This is very clever because it’s actually listed as a photograph, but it’s a compiled photograph. So what they’ve probably done is taken a picture of the person on the floor and then composed it with Photoshop. The bubbles are quite well formed and put together. I’m really keen on photography – sometimes people disregard it as art but I actually think it is.

“What’s interesting about this, and my wife noticed this, is that it’s called Not Waving and there is a Hull poet called Stevie Smith who wrote a poem called Not Waving But Drowning…I think there’s a link there.

“It’s almost cinematic, isn’t it? There’s a lot happening and you can almost imagine the movement of the person falling through water.” 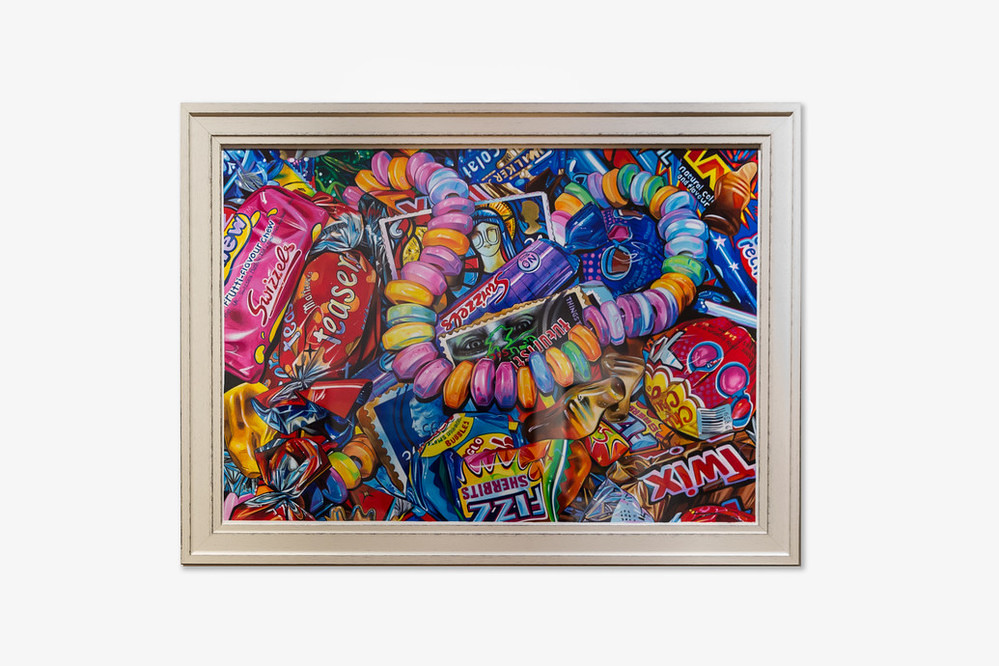 Paul says, “I think what I most admire about this pop-art piece is the level of observation, the way in which you get the colours, and the way in which the materials work. That sort of hard-but-flexible, silvery plastic. It just works for me. If you were to have that on your wall and wake up in the morning you’d think, yeah, I’m enjoying this!

“For me it’s the standard of the work; how good it is, how perfectly painted it is. I mean that’s not been easy to do.” 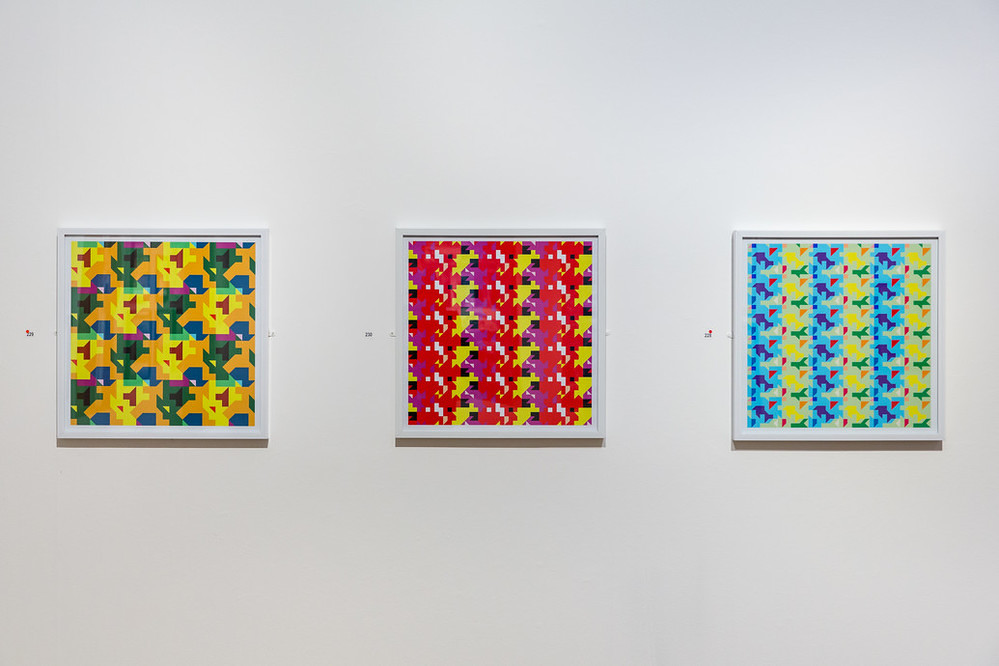 On his own work, Paul says, “I love Mondrian and artists who work with abstract patterns. I got this idea about repeated patterns and tessellations, so I found a way of creating these little tiles. I used a digital program to create the tiles, downloaded them to Photoshop and then basically just built the whole thing up and then dropped in some colour. These are incredibly relaxing to do.

“The colours have worked in an extraordinary way, in the sense that if you put one colour next to another it can be completely different in the effect it creates. It was a lot of experimentation really – I just wanted to see what worked and what didn’t work.

“I thought I need three different ones: one muted colours, one a bit more contrasted and then one that just zaps the eye!”

The 2018 Open Exhibition is on show at Ferens Art Gallery in Hull City Centre until 22 Apr.