Looking for culture on your doorstep? Stan’s your man. – Visit Hull
Skip to content

So here we are at last, people. Living it large in 2017. The year has finally arrived. Hull City of Culture is under way and you have to admit, it kicked off with a bang. There’s no way you could have missed it. Unless you’re a really heavy sleeper and January is your time for hibernating… But I digress.

Point is, culture is everywhere right now. In the sky, on the walls, hanging around street corners. If you keep your eyes peeled, you might even spot a billboard where the advert has been replaced by a work of art. Don’t worry, by the way, your senses aren’t playing tricks on you. It’s one of the Creative Communities Programme projects. The folks behind this particular idea call it REDboard. They’re taking over a different billboard every four weeks throughout 2017, to see what mischief they can get up to. 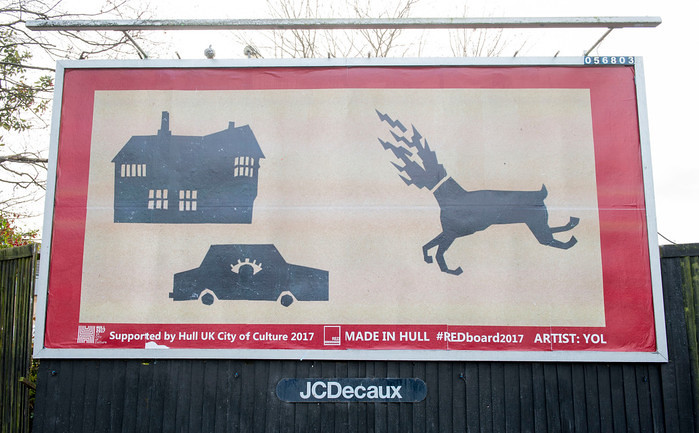 There’s more where that came from, too. If you live on Greatfield housing estate, you’re being given the chance to remember its most celebrated son, Mick Ronson. That guitary bloke from Bowie’s Spiders From Mars.

Could go on, but I won’t. All you need to know is that those are just two of the great projects going on, right here in Hull, in and around local spaces. As far as I know, there are 60 projects that are going to run through the year. Six zero. Which sounds like a lot to my mind. So if you want to check them out, or even get involved, follow the links to Creative Communities Programme projects on this very website!

All of the above means you can hardly stroll down to the shops for a pint of milk in Hull this year without bumping into something wild and wacky, or tripping over something culturally credible.

So that’s the future, then. Looking bright. But before we get too carried away by all the crazy stuff coming up, I want back up a bit here and spend some time thinking about those opening few days and weeks of the new year. Mainly because they were such a complete and utter delight. Wahey! Think about it. In those first few moments, we got the lot. Fireworks by the bucketload, huge brilliant films being shone onto the sides of glorious buildings and to cap it all, a dirty great turbine blade hanging around the city centre. Don’t know about you, but I’ve been loving it. Didn’t really know what to expect from this year. But whatever I was expecting – it wasn’t THAT!

Got thinking about all this when I was strolling around Hull city centre recently, making time to take it all in. Have to say. So far, I’m liking the blade. A big fan. Hehehe. Sorry, couldn’t stop myself.

All of which brings us to the next big question. The one on everyone’s lips. It is this. How do you follow an opening like that? Won’t be easy, folks.

Luckily, turns out that some of the City of Culture crew have given this whole “what do we do next” thing a whole lot of thought. And what they’ve come up with, is simple, bite-sized genius. They’re calling it Back To Ours. I met up with the festival producer, Louise Yates, in a quiet pub recently to find out more about it.

Have to say, in this ex-popstar’s humble opinion, it’s a rather neat idea. It’s best summed up, as being a bunch of small but perfectly formed festivals, right where you live. Actually, if I’m being entirely honest, what they’ve come up with, is a bloomin’ brilliant idea. But I don’t want to say that in case any of them are reading this and start getting big-headed. So we should all probably just pretend I haven’t written that bit.

Long story short, after the big bangs and headline-grabbing stuff in January, next thing on the agenda is a series of small gigs, shows and happenings, spread out around the outskirts. Transforming quiet corners and unusual venues into high-powered showbiz hot spots.

If you live in east, west or north Hull, then this one is for YOU, my friend. You don’t even have to go into town to catch the action because it’s happening at a weird and wonderful place close to the heart of YOUR local community.

If you’ve got any schools, community centres, working men’s clubs or shopping centres near where you live. Be warned. This year, selected sites are being transformed into cinemas, concert venues and theatre halls. It’s not just this year of culture, either. These mini festivals are due to keep on rolling round long after 2017 is a distant memory.

As I said, some of these venues are schools. Not all of them, but some. Let me explain the thinking.

The way it works is this. Schools have three full terms a year. Which means they have three half-term holidays. So far, so good. Here’s the clever bit. Normally, on these half-term holiday weeks, when the kids have all gone off to play elsewhere, the school would be sitting there, quiet, empty and a bit lost to the world. But not this year. Oh, no. Not when there’s so much culture around just looking for somewhere to go and make merry. This year, and beyond, these venues are going to be rocking and rolling in cultural craziness.

Here’s a list of the venues I’m talking about.

Any of those near where you live? If not, no worries. You can always get a bus or a cab, or even take a unicycle if you really want. After all, we’re the City of Culture. We can do anything. Almost.

Next thing to get in your diary, are the dates.

First Back To Ours takes place in February: 22 to 25 February, to be precise.

Third Back To Ours takes place in October: 27 October to 4 November.

So, that’s the technical stuff out of the way. You know where it’s all happening and you know when it’s all kicking off. Last, but definitely not least, we need to talk about what exactly is going on.

Here’s how they describe the upcoming acts in the Back To Ours brochure that Louise gave me: “We’ve got something for everyone as we shine a spotlight on comedy, music, circus, theatre, cabaret, dance and film. There are stories that will bring a tear to the eye, belly aching jokes, magical moments and even a bit of puppet nudity.”

Don’t know about you, but that sounds intriguing. Not going to lie, the bit about puppet nudity really jumped out at me. So I did a bit of digging. Turns out, the shows come in all shapes and sizes and cover a wide range of entertainment.

A couple of them really caught my eye, mainly because they sound like nothing I’ve ever seen before.

So I’ve put together a top three of my very own, personal faves.

In third place, there’s a live musical box of delights, with the PIGEON DETECTIVES, those chart-topping indie rockers. They’re ripping it up in various venues along with some local support acts. That one’s going in my diary. 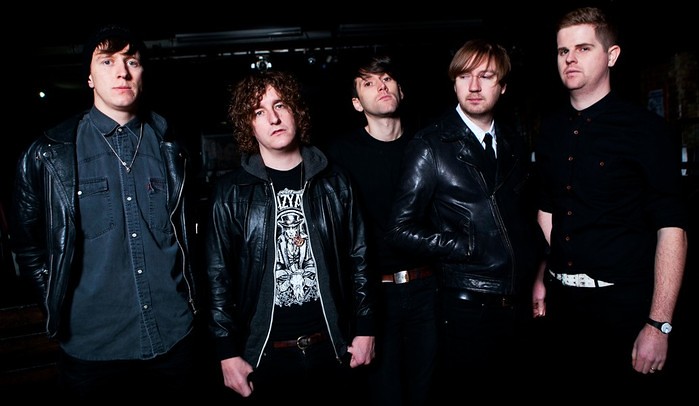 In second place, there is JOAN, the world’s first drag king. He will be performing a show about Joan of Arc, which is described as a funny emotional cabaret-style theatre show in the up-close-and-personal. It’s going to be followed by a set from HEKIMA, a Hull-based musician performing African blues. That works on several levels. So, it’s in the diary. 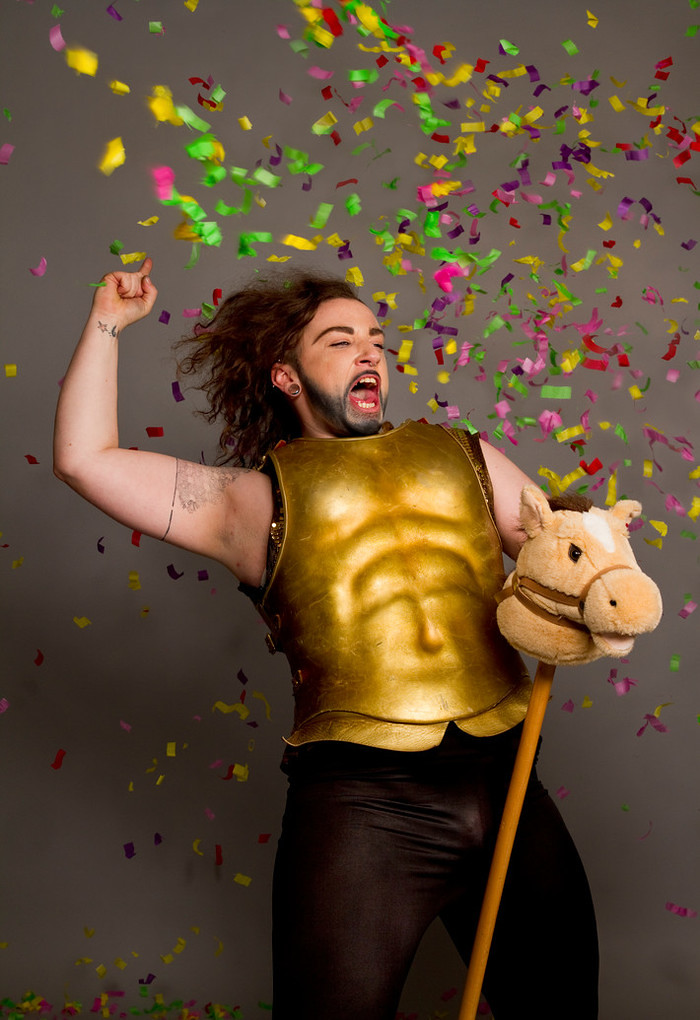 In first place, is the show with naked puppets in. Obviously. It’s called, MEET FRED. A puppet show aimed at everyone (aged over 14). Apparently, it contains strong language and enough puppet nudity to unsettle the strongest stomach. The story follows Fred whilst he searches for love and a job. Which isn’t made easy by the fact that his life has been on a downward spiral ever since his puppet living allowance was cut. Who would have thought? Puppets and politics and laughter all in one perfect package. Clear your diary for that one! 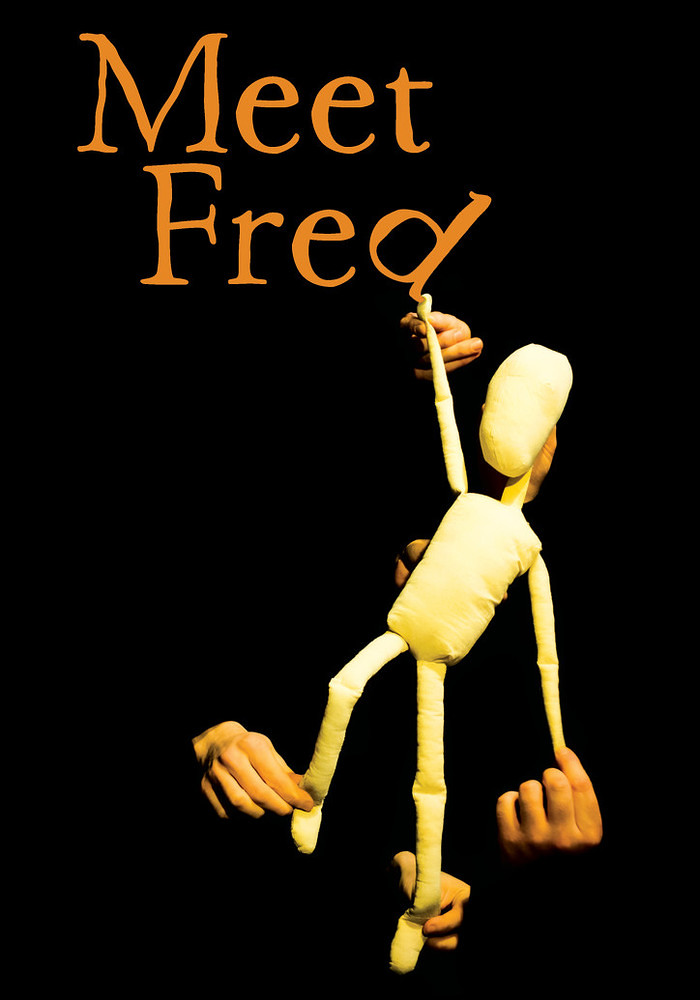 So there you have it, people. Sorry to have gone on so long. But what can I say? Enough talking, it’s time for us all to go … Back To Ours!

Editor’s note: More tickets for sold-out Back To Ours events will be released on Saturday 4 February. Between 10am and 2pm, look out for our pop-up box offices at the following locations:
Texas Tony’s Café, opposite St Andrew’s Retail Park in Hessle Road
Bus Stop Café, opposite The Mount Retail Park in Holderness Road
North Point Shopping Centre, Bransholme