Many people across Hull will have heard of or seen Quentin Budworth’s Hullywood Icons where local people have taken up the challenge of recreating and starring in a scene from a classic movie. From Brief Encounter to Castaway, these still photographs capture the spirit of the original film and reveal the character, enthusiasm and passions of those taking part. During Made in Hull and beyond, the Hullywood Icons will be projected on to buildings, putting the people of Hull and East Yorkshire on the big screen with some playful twists.

By using Hull as a movie set, a playground for creative work and as an exhibiting space, Quentin has created a series of images that celebrate the city’s unique character and spirit.

People might know me from my project The Changing Face of Hull. This was a survey of people in the run up to City of Culture highlighting their hopes for the future. I collated portraits of people’s faces, formed them into each other using morphing software, and projected these at Hull Central Library. I worked on The Stranger’s Tale with the Open Doors community. There was so much stuff in the media about refugees, economic migrants and asylum seekers, so many misunderstandings about who these people really were, I felt their stories were worth telling.

I also play the pipes and hurdy-gurdy in Grinigogs and Celtarabia, whom I played with at Beverley Folk Festival this year, and work as a professional artist full-time, on projects including a Bridgewater Hall piano festival, in Manchester. This involved a choir of 80 schoolchildren, and a classical pianist playing Mussorgsky’s Pictures At An Exhibition remixed with hip-hop beats.

Have you ever been involved in a project like Made In Hull before?

In some ways, yes, because I’ve worked on some really big things and performed at big festivals both nationally and internationally. And in other ways, no. It’s like a huge circus and spotlight has rolled into Hull, so instead of doing the work for a local audience, you’ve got your eye on what people from a further audience need or want to see. So with that comes slightly more pressure. 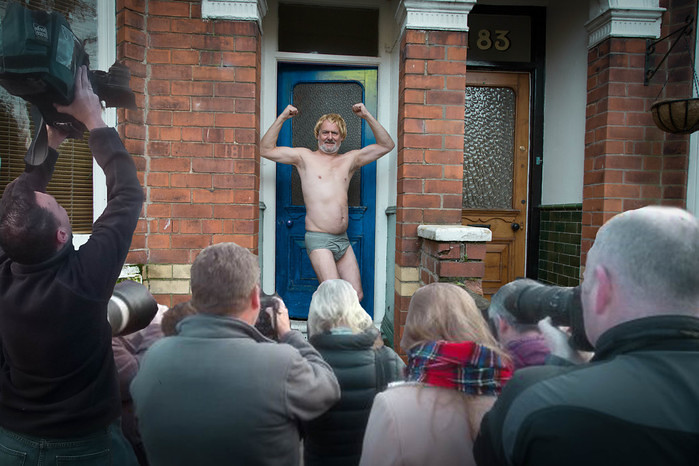 What made you want to get involved with Made in Hull?

Hullywood Icons seemed to be a really great fit for Made in Hull. It’s able to reach a really large audience and also the best audience for the work.

Can you describe your installation in one sentence?

It’s a celebration of imagination, place and people having their ‘Hollywood’ moment.

What can people expect to feel when experiencing your installation?

I imagine they’ll be surprised, amused, wowed, overwhelmed and possibly underwhelmed. They’ll feel a sense of Hullness – whatever that is!

What have you most enjoyed about being part of Made In Hull?

I’ve enjoyed the people the most, absolutely. I’ve met people I’ve never met before or wouldn’t have had a reason to meet. Getting bizarre texts, like: “I’ve got the gun, the fags and the wig and I’ve booked a room” has been quite entertaining!

They’ll feel a sense of Hullness – whatever that is!

What has been your favourite Hullywood Icon to shoot and why?

I’ve loved them all, each image has a strong interpretation from the person who’s in it. If I had to pick, it’d be Rupert Creed doing Spike from Notting Hill. Scooting around the Avenues with Rupert in his underpants was fantastic, we had such a laugh.

The shoot for Bandanarama was a lot of fun too. We got the shot for The Wild Ones outside Rayners Pub in Hessle Road. The band all turned up as 1950s rockers and the highlight was when they got out their instruments and burst into an impromptu performance of Tequila, much to the surprise and delight of the locals. 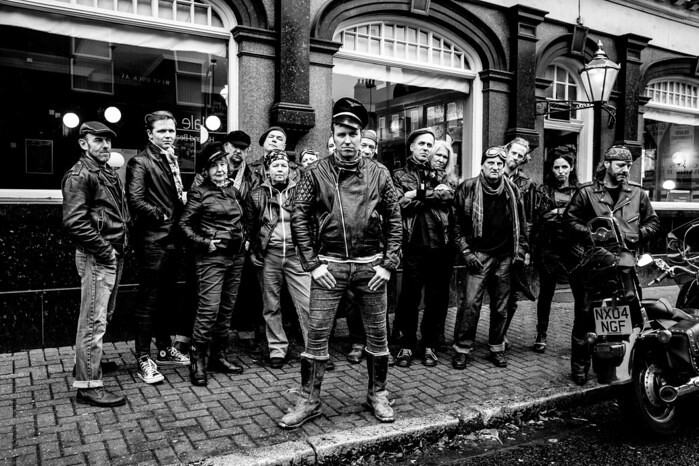 What was the trickiest Hullywood Icon to shoot or edit?

The scene from Dirty Dancing, definitely. I shot it against a green screen in Amy and James’ living room. It took quite a long time to put together.

What has the reaction to the project been like?

It’s been fantastic! I’ve done 105 shoots so far. The principle for the project was that if someone asked me to do it, I’d do it, no questions. I’ve not really said no to anyone!

I wanted a digital world that would manifest in the real world, that was a big part of the project so it’s great to see how much it has been shared online. Throughout the project, every morning new people have been getting in touch because they’ve seen something on social media or online. The energy and enthusiasm people have had for it has been really interesting to see and a real joy. 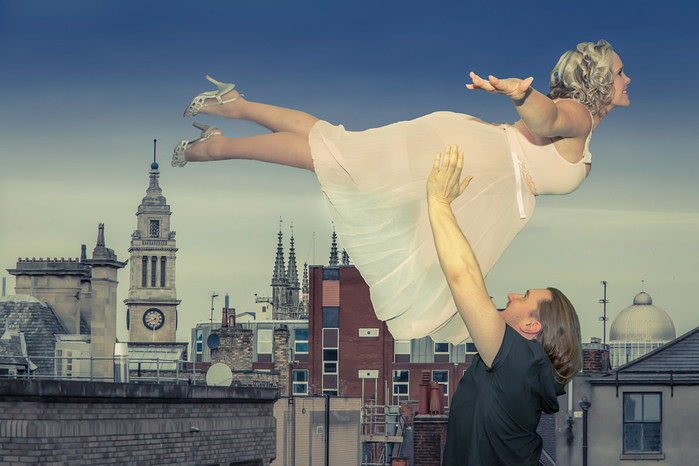 What’s next for Hullywood Icons after Made In Hull?

I’ve got some guerrilla-style projections planned around Hull and then the exhibition will go on a small tour. My blog will be active during this time, so can people follow the story. And from 17 February to 2 April, there will be a Hullywood Icons exhibition at Hull International Photography Gallery, in Princes Quay Shopping Centre, Hull. On the opening night, many of the Hullywood Icons stars will be present and in costume.