Walking the length and breadth of Hull’s streets, Martin Parr directed his lens towards a diverse mix of food shops, cafés and restaurants, laying bare the city’s attitudes, traditions and international links for all to see.

Entering the exhibition, you can’t miss Hull institution Bob Carver’s, with Hull’s speciality pattie taking pride of place beside it. The huge photo makes its presence felt, its size setting a precedent – this is Hull. 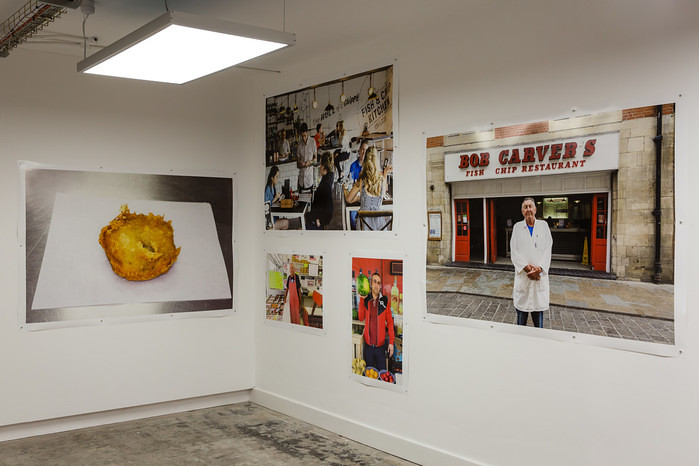 Martin has worked hard to document the city’s well-known dishes and establishments, focusing on the local and avoiding the high street brands that have dominated our high streets in recent years.

Businesses like Glenton’s fishmongers, for Martin, are the ones we should value.

“It’s these sort of characterful shops, still run by individuals that you cherish most. And in fact, I would say are most threatened, not only in Hull, but all around the country.

“The supermarkets, which I haven’t particularly included (apart from Stack It High Sell It Cheap) have really taken some of the steam out of the high street as we all know.”

From Crisp ‘n’ Fry to Thieving Harry’s, Martin’s work champions independent outlets and those who still have the guts to run them, capturing the character, social life and culture of the city through its unsung heroes.

“It’s not just about food,” says Martin, “It’s as much about the characters and personalities in the portraits that I’ve done.”

He hopes that by featuring subjects from all walks of life, the exhibition will encourage people who might not necessarily go to a gallery, to do just that.

“Photography is a very accessible and democratic art form,” he said. “We were overwhelmed by all of the people who wanted to contribute to this project. I think the exhibition is a good demonstration of how photography can have a community role.” 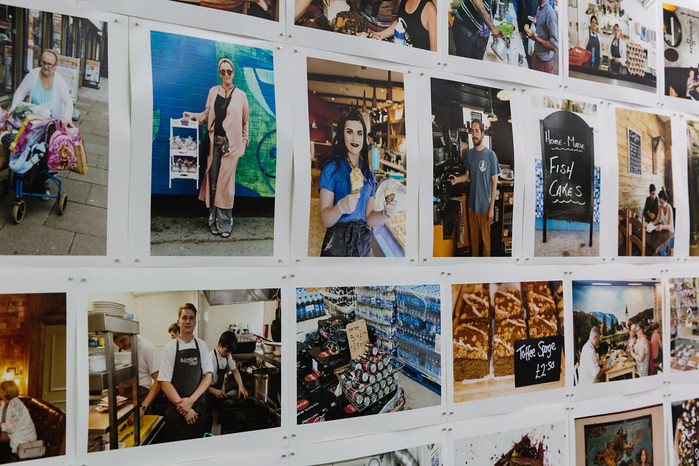 Martin’s work offers up a vision of Hull that is honest and triumphant, celebrating homegrown achievement and talent. He praises the shopkeepers, the café and restaurant owners, saying, “it’s really given the people in Hull a chance to see, through its food outlets, the incredible diversity that exists here.”

The exhibition itself is part of Substance, a festival exploring the culture, creativity and future of the North. Hull, Portrait of a City looks to own the discussion on how we might define Hull, considering the impact culture has had on the city.

Martin reflects, “I was in Hull 20 years ago. The gentrification of areas like Humber Street make a big difference, and of course the attention Hull has gathered through being City of Culture has transformed the city.”

Hull, Portrait of a City is on until 31 December at Humber Street Gallery.