Between the 29 Nov and 10 December, Substance promises to champion culture, creativity and the future of the North across Hull city centre.

In various pioneering styles and formats, the festival engages all audiences with eleven days of new ideas, commissions, collaborations, installations and live performances. Substance ultimately aims to provide a platform for artists and change makers to define and debate their vision of the North.

What? – a sprawling new festival, showcasing next generation arts and culture in a multitude of forms including: discussions, music, film, theatre, debates and unique installations.

Why? – Substance aims to explore and answer such burning questions as: Does arts-led regeneration exist? What exactly are the creative industries? Has digital revolution democratised arts? And ultimately – Where do we go from here?

Who?  – from Hull’s own Reece Shearsmith, to the London-based Jason Bruges Studio, creative pioneers local and international are set to star across a plethora of Hull’s most impressive venues.

How? – Through panel discussions, keynote speeches, installations and debate, Substance aims to demonstrate how the rich creativity and culture of the north can lay the foundations for future generations, using the regenerated areas of Hull as a backdrop.

As a unique opportunity for film buffs to gorge on up to 16 feature-lengths inspired by the North, Substance Film Festival presents extraordinary value – tickets for the whole festival stand at a discounted rate of just £10 each.

What’s the point of a city of culture? Should art be available on prescription? How are the next generation of artists responding to Brexit? Are musicians now better off away from the capital? Selected panellists will discuss these key questions, amongst many more, during the Humber Street-based Substance Future Forum.

CEO of Hull 2017, Martin Green, for example, will argue the point of a city of culture, whilst leading music publication The Quietus host a debate – alongside such musicians as Nadine Shah and local talent Chiedu Oraka – on how musicians can thrive outside of London.

BBC Arts will also discuss routes into being commissioned for broadcast with help from the services’ editor Lamia Dabboussy and Channel 4 Random Acts director Peter Groom. Other panelists include representatives from the PRS Foundation, The Arts Council, Yorkshire Sculpture Park and Opera North.

Substance Live: The Future of the North

Bursting at the seams with creativity and innovation, Substance Live: The Future of the North celebrates a diverse array of northern-born sounds.

The event is spearheaded by the politically charged post-punk of Nadine Shah and the psychedelic dream pop of Jane Weaver. Hannah Peel will also perform, with her otherworldly arrangement of deep bass and analogue synths.

Boasting a ‘hard-hitting and unforgiving’ style (Radio 1), CHAMBERS and lively noise-rockers PINS add venom to a line-up that refuses to be pigeonholed along with the homegrown freak folk of The Dyr Sister.

Where Do We Go From Here?

Exposing Old Town’s hidden secrets and treasures, Where Do We Go From Here? beams an inquisitive light across the Hull’s unique geometries and architecture.

You may have noticed the ongoing installation of Jason Bruges Studio’s futuristic technology – expect the robots to awaken for the project’s grand Dec 1 opening.

Welcome to A Colossal Wave! – a kaleidoscopic explosion of colour, creativity and innovation. The exhibition aims to celebrate the creative partnership between Hull and Montreal with an interactive VR experience, as a real ball is released from a height to create a virtual wave.

An installation equally immersive for fans and novices of visual art alike. 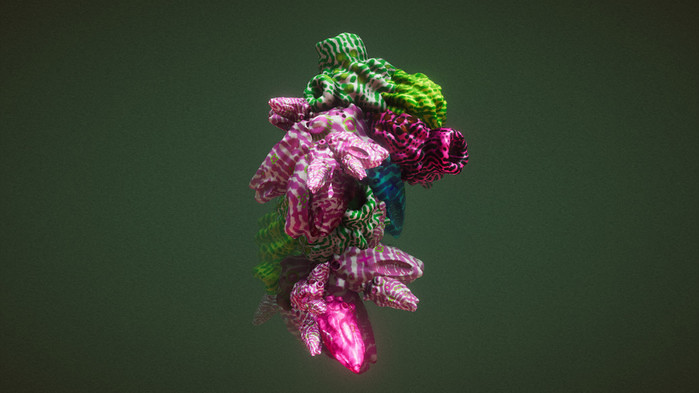 Hull’s own Steve Cobby – best known for his part in Fila Brazillia and for his string of international DJ sets – comes full circle and curates a celebratory night inside Hull’s Früit venue – the jewel in the Humber Street crown.

After digging out his address book, Cobby invites an assortment of old companions and collaborators to perform alongside the producer. Guests include Kruder & Dorfmeister, Tosca and Bobby Beige (aka Porky).

Three nights, two artistic pioneers, one of Europe’s most impressive aquariums and zero cost – Heinrich and Palmer’s Floe is an exciting ‘virtual’ remodelling of the architecture and façade of The Deep.

Expressing the geological forces and biological process which originally inspired the appearance of The Deep, this installation – in essence of Look Up – promises to be an unforgettable spectacle.

Hull, Portrait Of A City

Hull, Portrait of a City – possibly the only place you can find a 12-year-old Elvis impersonator, a girl practising ballet and chip-shop patties side-by-side.

“It’s about the characters and personalities in the portraits that I’ve done” explained co-curator Martin Parr in a recent interview with Hull 2017; Hull, Portrait Of A City captures individual stories and micro-cultures from a grass-roots level.

Its importance is this: whatever problems Hull has faced, and no matter where we go from here, it’s the city’s bold individualism, culture and community spirit that proves unbreakable.