The PRS Foundation’s hugely successful New Music Biennial wowed audiences in Hull and London’s Southbank Centre last July, bringing together some of the UK’s most prolific performers and composers, including Eliza Carthy, GoGo Penguin, Mica Levi and BBC Philharmonic Orchestra. Many of the artists have also been part of a residency programme in Hull, working with local communities to experiment, collaborate and create new music.

The great news is that this fruitful relationship between Hull and PRS Foundation looks set to run and run. A second wave of collaboration is continuing, with composers Daniel Elms, James Redwood, Hannah Peel and Brian Irvine among the artists involved in the residency programme this year.

They’re working closely with a host of local musicians – including Mambo Jambo, Gary Hammond, Sam Pirt, Ben Newton, Tom Lawrence and Em Whitfield Brooks – who have begun to take a pivotal role in leading the residency projects as they develop.

We’ve taken a closer look at the work of Daniel, James, Hannah and Brian. 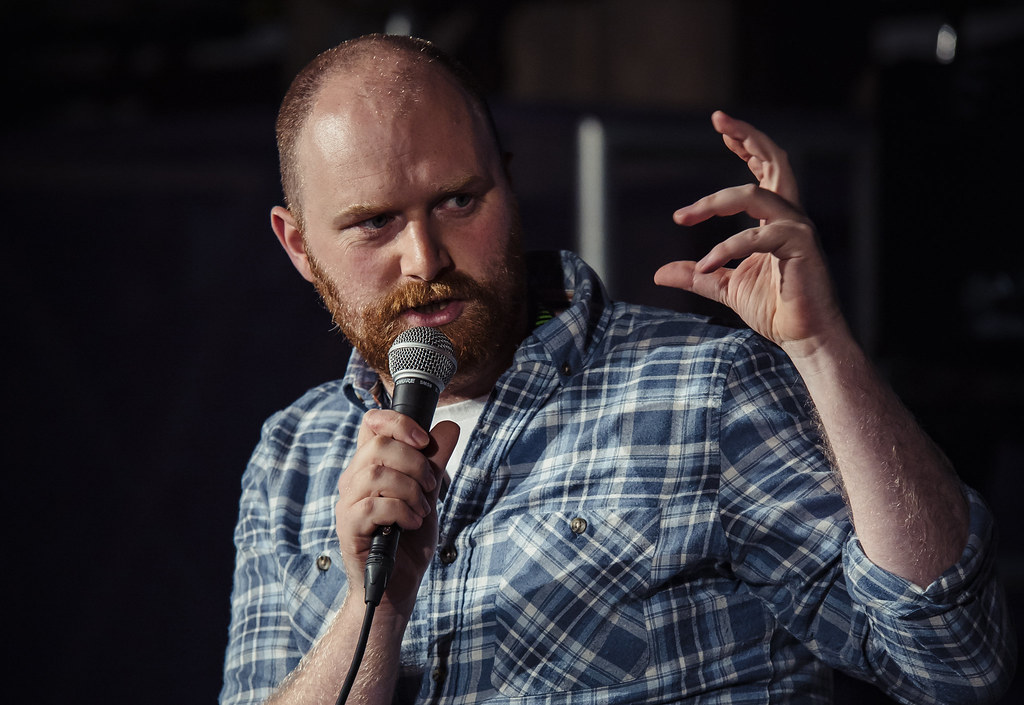 Clare Drury, assistant producer, said: “We’re delighted to add Daniel’s distinctive voice and talent to the residency mix. Daniel’s residency focuses on working with three fantastic Hull-based artists, who – with his support – will eventually work with professional orchestral musicians from Manchester Collective, to develop performances of their material which will be filmed in an historic location in Hull’s Old Town. It’s a pleasure to welcome Daniel back for further work in Hull.” 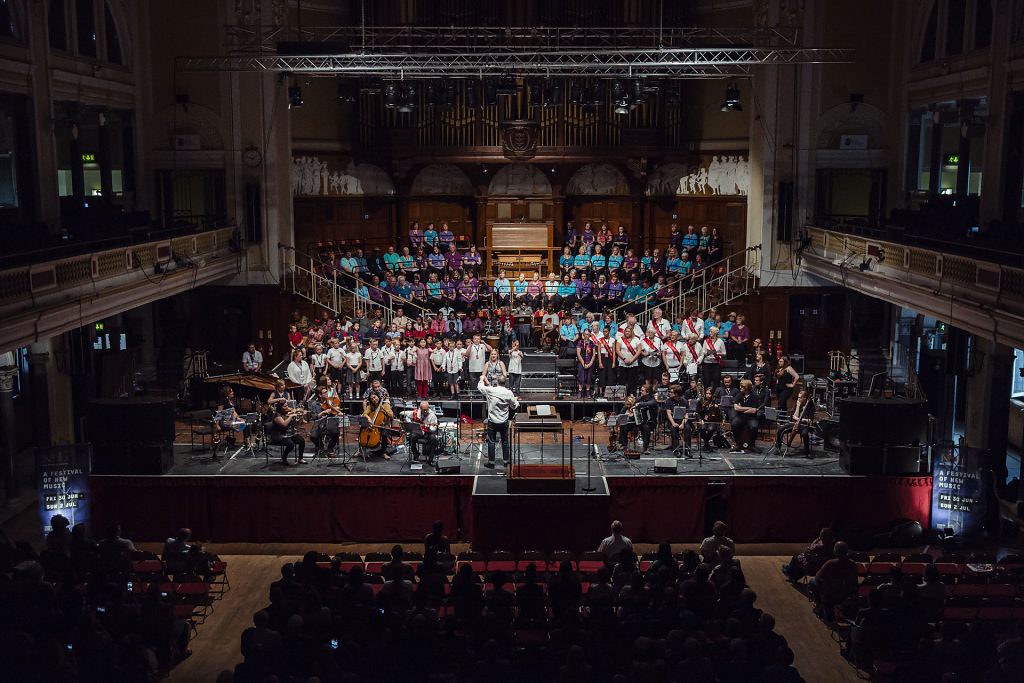 Mentor and composer James Redwood’s latest project, Songs of Flight, is being performed by five Hull community groups who have co-created the piece, plus several local musicians and the City of Hull Youth Symphony Orchestra.

James explains more about the show, which will take place on Fri 20 Apr at Hull City Hall: “We’ve been working with five groups – Adelaide Primary School; roots duo Mambo Jambo, working with Turkish musicians and Wyke College; Open Doors; the Freedom Chorus choir and Pickering & Ferens Homes – who have each created new pieces of music as part of Songs of Flight.

“Each piece is a response to the theme of migration, and the result is a body of work which is wildly imaginative. Adelaide Primary School’s work, for example, is all about the dangers birds face when migrating, drawing parallels with human experience. In every journey there are dangers, there is excitement and a need to rely on instinct.

“The performance on 20 Apr will feature an enormous range of musical styles, from Western classical, jazz and pop, plus many influences from around the world. Open Doors, for example, have been working with local percussionist Gary Hammond on a piece for the start of the show which layers the voices of singers from Eritrea, Sudan and Somalia. It sounds like the Earth waking up.”

In addition to his work on Songs of Flight, James has also been working with local music leaders, offering creative professional development opportunities in a series of free training sessions.

James said: “These sessions are about knowledge sharing and peer mentoring. We’ve aimed to help build networks and structures that enable individuals and groups to solve problems, and to simply encourage and talk to each other – we’ve had more than 30 people take part to date, which is brilliant.” 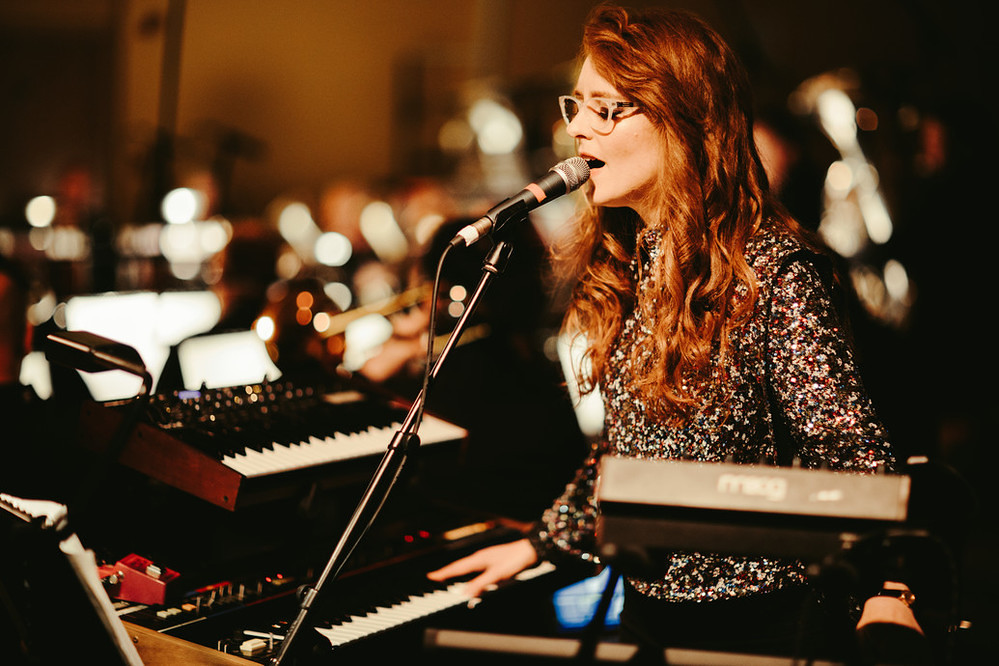 Northern Irish artist, singer, electronic composer and member of The Magnetic North, Hannah Peel, performed at the PRS Foundation’s New Music Biennial and at Substance: The Future of the North in 2017.

This year, Hannah has been working with Hull’s Freedom Chorus on Too Swift A Wing, a multi-layered composition as part of Songs of Flight.

Hannah explains how she became involved: “Last year, I was thrilled to be a part of the New Music Biennial, where I performed my work Journey to Cassiopeia – which combined brass instruments and synthesizers. Afterwards, I was asked to work with the Freedom Chorus as part of Songs of Flight, and we’re creating a piece of music that again features quite an unusual combination of sounds.

“A lot of my previous work has focused on the link between music and memory, and this piece centres on those first memories you have as a child of travelling, of going somewhere. The Freedom Chorus came up with the lyrics, which I then took away and consolidated, but it’s very much their work and their memories. It’s a complex, flowing piece, and while there’ll be a full orchestra on stage on the night, for our performance it’s just me on the synthesiser and the Chorus in full voice. It will be a very special night.”

“What is great to see is that many of the people performing this time around first got involved in music through projects last year, so there’s a real sense of progress and ambition as they continue to develop their skills. We hope to see a great crowd at the City Hall.” 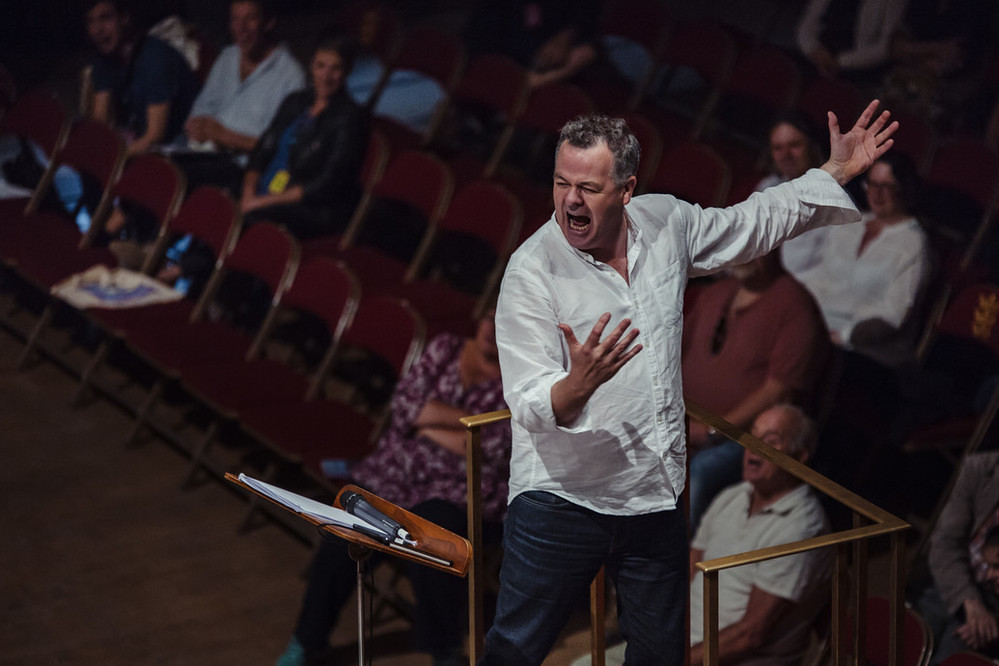 Belfast-born composer and conductor Brian Irvine was the first Music Laureate for Belfast and first Associate Composer with the Ulster Orchestra. As part of his work with PRSF for Hull 2017, Brian worked with the supported housing community at The Crossings, leading to a recording session of songs created together in December 2017.

Brian also worked with the over 60s residents of Pickering & Ferens Homes to form the Big Elastic Band which will continue in 2018, led by local folk artist Sam Pirt.  Last year, Brian led a collaboration between the Big Elastic Band and Mersey Primary Academy in East Hull for a special performance, supported by various musicians involved in the composer residencies. The success of this collaboration led to Brian extending his residency in 2018 to work with three additional East Hull schools – Estcourt Primary Academy, Maybury Primary and Spring Cottage Primary – alongside Mersey.  Two classes from each school are being coached by Brian and choral leader Em Whitfield Brooks to create their own pieces of music.

Brian explains: “To encourage completely free creativity, we intentionally didn’t give the pupils a theme for the work, which has thrown up the most random and brilliant ideas. There’s a song about a favourite tomato who plays for Hull City and works part time as a bowling ball, and another about the crazy sports that might end up in the Olympics one day. The work being created is absolutely fantastic in every aspect.”