Q&A: Back To Ours playwright Tom Wells – Visit Hull
Skip to content

Tickets are flying out of the door for our third Back To Ours festival, heading to a community space near you from 31 Oct to 5 Nov. With a quality line-up including Black Grape, Badly Drawn Boy, 201 Dance Company’s SKIN, Upswing Aerial’s Bedtime Stories and Once Upon A Pillow Fight, to name a few, it’s one you certainly won’t want to miss.

Tackling themes of friendship, sexuality and adolescence, the show is directed by Jane Fallowfield and features original music by Matthew Robins.

We chatted with Tom Wells to find out more.

Q: TELL US ABOUT DRIP AND WHAT AUDIENCES CAN EXPECT TO SEE.

A: Drip is a musical comedy about two 15-year old friends – Caz, who sets up Beverley Road Baths’ first ever synchronised swimming team, and Liam, who can’t swim but joins in anyway. It’s about the value of just having a go at things, even if they don’t seem very do-able and also about being a teenager and gay in Hull. Audiences can expect singing and even some underwater bits!

Q: WHERE DID THE IDEA FOR THIS PLAY COME FROM?

A: Sometimes in the night I wake up and write down really good ideas for plays and then, in the morning, they seem less good. That’s kind of what happened with Drip. Two years ago, I woke up in the middle of the night, really inspired, and wrote “someone who does synchronised swimming, but just by herself.” By morning, it sounded bad, but the idea sort of took hold in my head.

Gradually, I got characters and a world around the idea and chatted to Jane Fallowfield about it. I realised we could maybe write some songs for it and we’d have a sweet, soulful, funny musical about having a go at stuff with your mates, and being 15, and wearing armbands.

Q: DRIP IS A ONE-MAN MUSICAL. HOW IS WRITING A ONE-PERSON PLAY DIFFERENT TO ONE WITH A WIDER CAST?

A: It’s just a different sort of storytelling, but otherwise it’s the same things that matter – the voice, the character, the story. The main difference is for the actor, I think. But Andrew Finnigan is brilliant, so we’re in safe hands.

Q: WHAT MUSIC GENRE CAN WE EXPECT TO HEAR IN DRIP?

A: Last year I wrote a play called Broken Biscuits about three teenagers who form an indie pop band in their dad’s garden shed. Matthew Robins, who I’ve been working alongside for a couple of years now, produced the music and will also be working on Drip, so that gives an idea of how it might sound.

I wrote the lyrics for Drip and one of the lovely things about songwriting is that you get to work collaboratively. Once the lyrics are ready I can give them to Matthew and he comes back with questions and suggestions and really lovely music. It gets a bit lonely writing plays, so it’s nice to have someone else to work with as you go along. 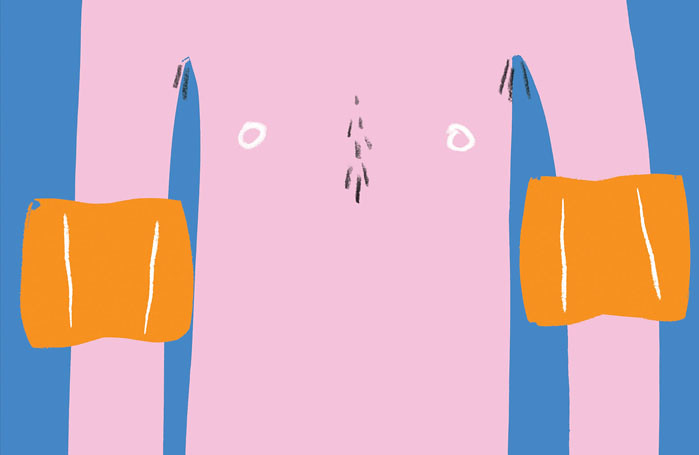 Q: WHY IS IT SO IMPORTANT FOR FESTIVALS SUCH AS BACK TO OURS TO TAKE THE CITY OF CULTURE PROGRAMME OUT TO PEOPLE’S DOORSTEPS?

A: Everyone in Hull should get the chance to see or take part in something special this year. Hopefully the Back To Ours festival makes that a bit easier. I’ve really loved the programme so far – my favourite bit as watching a very smiley pensioner dance with a drag king in North Point Shopping Centre – and I’m properly proud that our show is part of it, too.

People have had access to things that they wouldn’t have seen otherwise (at least, I have) and they have approached them with openness and warmth. I hope that the audience at Back To Ours will be up for seeing more stuff in the future, or (even better) making some of their own. That’d be magic.

Q: WHAT WOULD YOU SAY TO SOMEBODY WHO MAY BE INTERESTED IN PLAYWRITING?

A: I think the best thing to do is just have a go. Put your heart into it. Write in your own voice, about stuff that really matters to you and characters you care about. Try not to worry too much. Once you’ve made it as good as you can, show it to somebody who you trust to give thoughtful and helpful feedback. Listen to the feedback and make it better if you can, then when it feels ready, send it to a theatre who will read it, advise you and maybe even put it on.

Q: WHAT CHANGES WOULD YOU LIKE TO SEE IN HULL TO PAVE THE WAY FOR NEW WRITERS?

I’d like to see an initiative in Hull’s theatre community to help people who are interested in writing to write their first full-length play. When I started writing 10 years ago, I had to go to Leeds to find a theatre that ran workshops to teach a brand new writer like me how to write a play. It makes me sad and angry that this is still the case.

I think a genuine investment in the city’s grassroots writers now is the only way to make sure theatre in the city stays sparky and relevant to its audiences in the years to come.

Drip will run at this year’s Back To Ours festival on 3 Nov at Archbishop Sentamu Academy. A limited number of tickets are available now at £2.50-£5.