Drummer Woody, along with guitarist Mick Ronson and bassist Trevor Bolder, formed David Bowie’s legendary backing band, the Spiders From Mars. Together, they changed the world’s music scene, made some of the most influential albums in history and became Hull’s greatest musical export while they were at it.

“When you’re out on the road, out with Bowie, you don’t think that what you’re doing is going to still be played on radio shows worldwide 40 years on. I think we did a good job there,” says Woody, who is, as it turns out, a master of the understatement.

The Spiders played with Bowie on the albums that many consider to be his best: The Man Who Sold The World; Hunky Dory; The Rise And Fall Of Ziggy Stardust And The Spiders From Mars; and Aladdin Sane. But for almost five decades, and countless world tours, there’s one venue that has remained firmly on the bucket list. 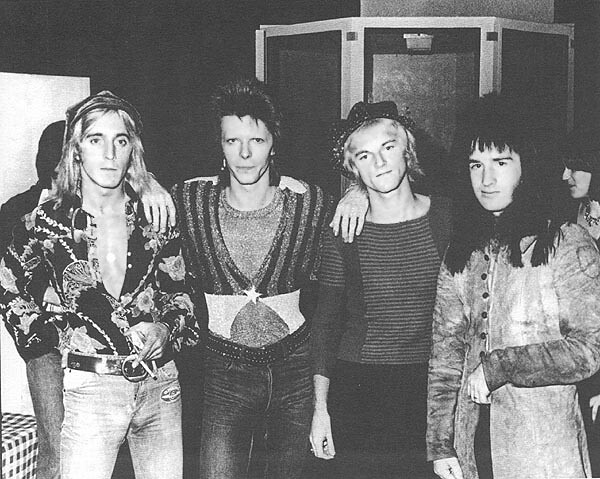 “I used to walk down Whitefriargate on a Saturday, past Hull City Hall, and think ‘I’d love to play there’,” says Woody, the last surviving member of the band. “Then when we were touring the world, the three of us from Hull always used to say, ‘we’ll be playing Hull City Hall this time’, but there was always something on, or it didn’t fit with our schedules.”

That’s about to be put right for City of Culture.

On two highly anticipated nights in March 2017, Woody’s Bowie supergroup Holy Holy – which includes long-time Bowie collaborator and producer Tony Visconti on bass, and Heaven 17 frontman Glenn Gregory on vocals – will perform the classic 1972 album The Rise And Fall Of Ziggy Stardust  And The Spiders From Mars. In its entirety. At Hull City Hall.

Tickets to both gigs sold like hotcakes and Woody couldn’t be happier with his Hull 2017 homecoming.

“We’re going for a residency now,” he jokes. “It’s exciting for me to be playing the full Ziggy album for the first time, and it’s always nice to be selling out gigs. But at this particular time, it’s such a brilliant start to the whole year of City of Culture.”

Growing up to the north of Hull, in the town of Driffield, the young Woody was part of a thriving late-Sixties music scene in the city. He and Mick Ronson were in The Rats before they became Spiders and there were other Hull bands he rated as “good bands, that’d still be good bands now”, like Nothing Ever Happens and Roger Bloom’s Hammer.

That creative pulse, that creative urge is in everyone but it’s really important to get it out.

He says: “Hull always was a creative area. I always thought it was overlooked, but next year, we’ll let people know that Hull’s creativity never went away. It’s good to see investment coming in now. And it’ll be a healthier area for kids, with more art things and more music, so kids growing up can think, ‘what do I fancy trying? I’ll give that a go.”

And that’s one of the things that City of Culture can really do for Hull, says Woody. It can give people the space and the confidence to be creative, to stick their heads above the parapet and to have a go.

“That creative pulse, that creative urge is in everyone but it’s really important to get it out,” he says. “It isn’t about whether you’re successful or not. Whether you’re playing to 30 people or 30,000, it’s the same thing. Even if you’re only playing down the local pub, or selling a few artworks, it’s a really important part of life. It’s that urge within, the joy of doing the thing that you’re passionate about.

“It might take a bit of courage to make that first step, to have the courage to try something out. But that’s all the ones that make it ever do, they think, ‘I’d like to do this’. And it’s all right to fail. It doesn’t kill you.” 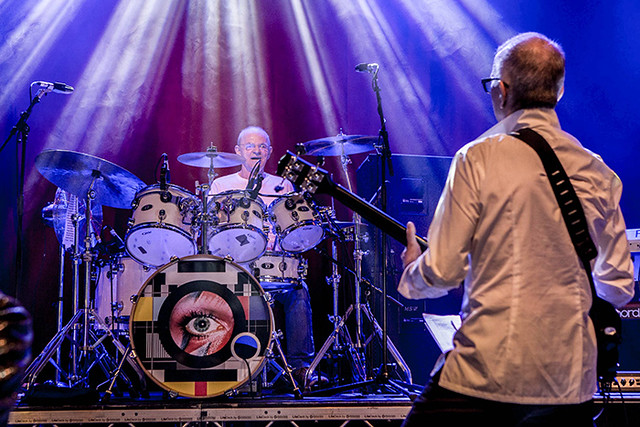 There are plenty of exciting projects on the go. Alongside Holy Holy’s Bowie homage, there’s a project with his son Danny and a collaboration with Rita Ora

With drumming, he says, the beat is the thing: “I love that rhythmical pulse in music and film that keeps me attached to things. You can put the radio on and if there’s a good beat, you notice it, even if you don’t know the song. The rhythm gets you first. To be able to work out a groove or a beat that gets you – that’s what it’s all about.

Even so, for Woody, Mick and Trevor, the transition from Hull’s music scene to David Bowie’s backing band was a little bit of a culture shock.

You didn’t just turn up and play in the Spiders From Mars, says Woody. You moved into Bowie’s bohemian home, where you might find yourself hanging out with Marc Bolan, Andy Warhol or Iggy Pop.

It was like walking into a rock’n’roll show, just living at the place.

The whole, heady experience was something of an eye-opener for a 19-year-old lad who was more used to playing gigs and watching bands with his mate Mick at Hull’s Skyline Club, or the Gondola coffee bar.

“It was an education,” says Woody. “I went down on the train from Hull Paragon Station with Mick. All I knew about Bowie was he’s got this big house, and it’s like a big artist community. It was like walking into a post-hippy type thing, but it wasn’t hippy-looking, it was what was happening in London at that time.

“I had my eyes wide open. I was wearing jeans with patches, moccasins and a denim shirt, with my hair halfway down my back – and Mick was dressed pretty similar to me. When I met Bowie for the first time, he was wearing red corduroy trousers, slip-on shoes that he’d sprayed red and stuck stars on to, and he was covered in bangles. It was like walking into a rock’n’roll show, just living at the place.”

Bowie also insisted on taking the Spiders out to shows, plays and even the ballet.

“I don’t think I’d ever been to a play before,” says Woody. “Either Mick or I would say, ‘what’s the play called?’, and Bowie would say, ‘I don’t know, I want you to see the lighting director and how the scene changes with lights’. He was educating us for lighting on stage.”

They had to learn quickly. The bright lights of global superstardom were already upon them, but the Hull Spiders kept each other grounded.

“What you miss when you leave Hull is that Hull sense of humour,” says Woody. “Luckily, there were three of us in the band, all with that sense of humour. I mean, Bowie went through that whole Andy Warhol / Iggy Pop phase – we were mixing with those sorts of people all of a sudden.

“We did Carnegie Hall, which was the biggest gig we’d ever played with David, so all four of us were a bit, ‘this is a big gig’. I said, ‘don’t worry about it, if we go out and squint, and pretend it’s Beverley Regal, we’ll be okay’. We took the music seriously, but we always had that Hull sense of humour.

“It goes all the way through Hull, that does. People tell you what they think and you have to get used to that.”

Well, you do when you’re brave enough to have a go. Woody Woodmansey, we salute you.

Woody Woodmansey’s memoir, My Life With Bowie, Spider From Mars, is out on Thursday 3 November, 2016, and is available for pre-order here.

SOLD OUT: The Rise And Fall Of Ziggy Stardust And The Spiders From Mars, Hull City Hall. Saturday 25 March 2017 and Sunday 26 March 2017.