Robert Crampton: Hull 2017 legacy must be to restore native faith in our city – Visit Hull
Skip to content

In my first instalment last week I argued – possibly intemperately – that while the consensus deeming Hull’s year as city of culture a success is welcome, it is also somewhat irritating. So irritating that I’m here to tell you that I ain’t finished sounding off yet. Not by a long way.

I don’t want to dwell on the snarky, sarky remarks various commentators made when the decision was announced. Nor am I bothered about the way some of those very same commentators have now humbly pronounced themselves mistaken. Respect to them for ’fessing up… not that the stats (museum attendance, visitor numbers, ticket sales etc) gave them much choice. My argument is with the patronising assumptions that underpinned the initial scepticism and, I would contend, the subsequent volte-face.

The first assumption is that what is deemed worthwhile by the cultural elite – theatre, opera, literature, art etc – could not possibly exist in a northern working-class city.

I’d divide these assumptions into three categories. The first assumption is that what is deemed worthwhile by the cultural elite – theatre, opera, literature, art etc – could not possibly exist in a northern working-class city. Well, okay, more enlightened members of the establishment might allow; such traditionally acceptable forms might occasionally flourish in Liverpool (the Everyman) or Glasgow (the School of Art) or Manchester (the Halle), but certainly not in funny old Hull, a place where in Larkin’s phrase, “only salesman and relations come”.

If that was ever true, it isn’t any more.

And besides, this first assumption is easily dealt with, and not just by citing the enduring popularity of Hull Truck, and Spring Street before that. For many years, throughout my childhood and adolescence in the city, and for decades afterwards (I was kept informed by my mum and father-in-law), whenever Opera North or Northern Ballet paid a visit, the people of the city would be right there. Just as obscure art-house films screened at the Hull Film Theatre in the Central Library would be rammed. Believe me, I know: various girlfriends forced me to attend quite regularly. The films always seemed to be Iranian, with subtitles. 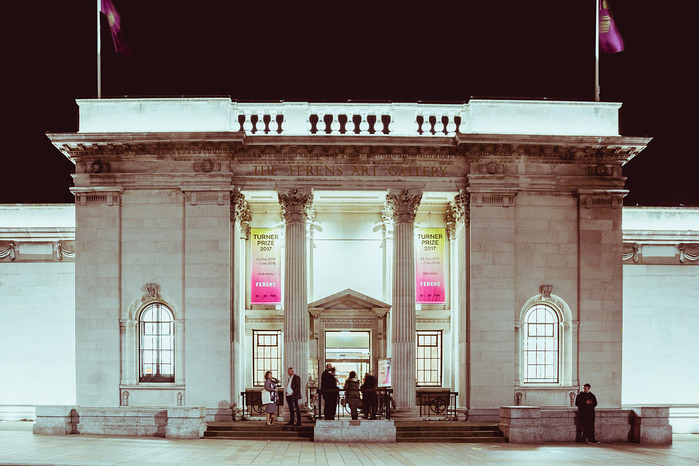 Whenever the Ferens secured a big-name exhibition, thousands would flock to see it. When the Larkin-inspired toads first hopped into view, the received wisdom was locals would hate them. But we didn’t: quite the opposite. A few years back I interviewed William Hague on the train to and from Hull. In between journeys, he attended a lunch at the Station Hotel to promote his (frankly pretty heavy) biography of William Pitt the Younger. The event had sold out in an instant.

I trust the literary lunch I’m doing with Alan Johnson at the Willerby Manor next month (excuse the plug) sells just as well!

Okay, so maybe the city wasn’t big enough to sustain its own permanent prestige company on a par with the Yorkshire Playhouse or the Phil in Brum, but that didn’t mean we didn’t want what they had, only that we were prepared to travel to enjoy it. As a teenager, my pals and I went to the Crucible and the Alhambra and the Royal Exchange numerous times to catch what wasn’t available at home. Maybe, after 2017, future generations of like-minded kids won’t have to hit the M62 quite as often as we did.

Ours is, the jibe went, a dour Protestant city, too isolated and homogeneous to produce anything worthwhile, even in terms of popular culture, let alone anything avant-garde.

The second assumption is even more pernicious. This one held that, even by the low standards of what passes for culture in the grim benighted industrial wastelands, Hull was a poor choice for the accolade (again, in contrast to those witty Celtic-influenced Scousers and Glaswegians). Ours is, the jibe went, a dour Protestant city, too isolated and homogeneous to produce anything worthwhile, even in terms of popular culture, let alone anything avant-garde.

This view may not have quite been expressed in such a precise way, but I have detected it often enough nonetheless, even among my friends in the north. Liverpool, Manchester and Newcastle may face similar economic problems, this argument went, but at least they’ll always have the Beatles and Oasis and, er, Jimmy Nail. And the Reds and The Toon. And various celebrated comedians, Tarby obviously foremost among them. Whereas what has ever come out of Hull?

To which I say: have the critics forgotten Norman Collier’s faulty microphone gag? Have they not heard the Housemartins? Are they not conversant with the subtleties and elegance of rugby league? 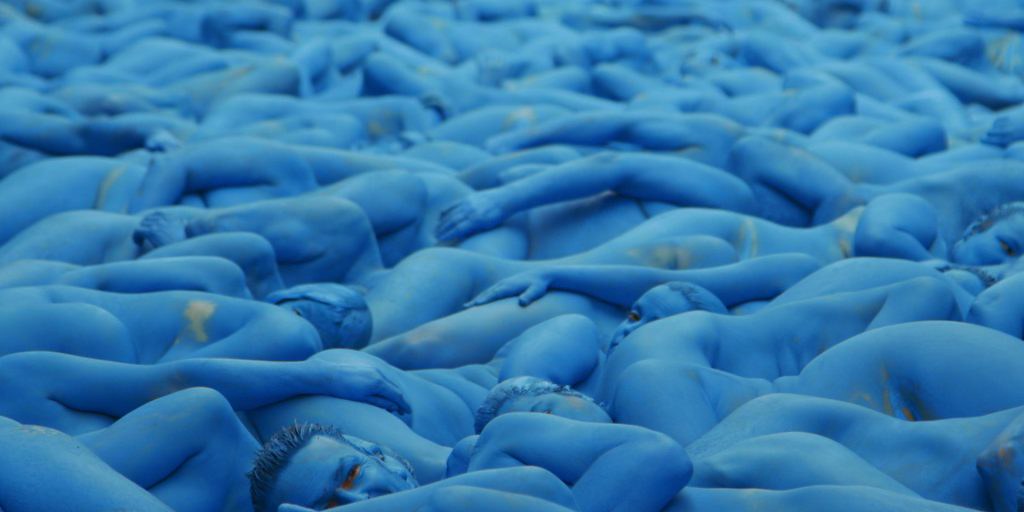 More seriously, the moment I knew the City of Culture would be a success came the year previously, 2016, when Spencer Tunick rocked up to organise and photograph Sea Of Hull, the exhibition of which packed them in at the Ferens for months. The demand to participate – naked, in Hull, at 3am, covered in blue paint, for goodness sake – was off the scale. My son Sam and cousin Steve were lucky enough to get a slot. Brave lads. “It’s the coldest I’ve ever been,” Sam told me.

Apparently, whenever the (somewhat histrionic) New Yorker Tunick ordered his subjects, via a megaphone, to “get off the sidewalk” he was met with grudging compliance and a massed chorus of “it’s called a bloody pavement, pal!”

At the KC, home fans taunt visitors with the chant “you’re only here for the culture!”. If that isn’t ironically self-aware, I don’t know what is.

If this ongoing triumph leaves just one legacy, I hope it is to help restore native faith in the power, talent and grandeur inherent in our city.

As for the third element of the mockery which accompanied Hull’s elevation, here’s the sting in the tail. The sad fact being that much of that mockery came from within the city. We can point the finger at snobby London types lazily expressing and then just as lazily retracting their predictable prejudices, but we also have to own up to our own lack of confidence regarding the city of culture bid and award. Of course some outsiders – God knows, I’ve endured plenty – had fun with the concept, ha ha. And yet I’ve also heard plenty of cynicism from those – former local MPs, celebrated sons and daughters, taxi drivers, long-time residents – who ought to know better.

I haven’t heard it so much latterly, though. Which is the best possible outcome imaginable. If this ongoing triumph leaves just one legacy, I hope it is to help restore native faith in the power, talent and grandeur inherent in our city. 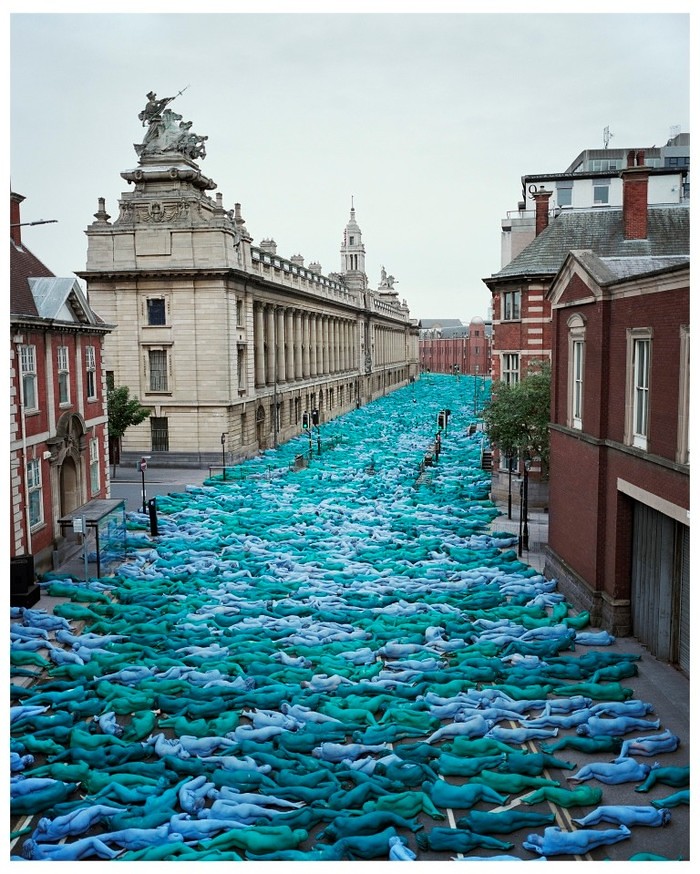