This week, we’re celebrating 50 years since the decriminalisation of homosexuality began in the UK with LGBT 50, a jaw-dropping programme of films, concerts and exhibitions, with a good old British tea party thrown in for good measure.

Co-presenting this special festival is Hull 2017 Major Partner Sewell Group, a local company with a history of promoting respect, equality and individuality. What started 50 years ago as a modest family business has grown into a diverse team of over 500 staff, working in an environment that champions tolerance.

Looking back on how the business has evolved in the last five decades, Paul Sewell, Managing Director of Sewell Group, said: “We’ve gone from black and white in 1967 to technicolour in 2017 and we’re proud to be at this point. Five decades flash by in an instant, but so much progress has and can still be made.

We’ve gone from black and white in 1967 to technicolour in 2017 and we’re proud to be at this point.

“When I first started at Sewell Group, it would have been about how much the pay was and a job description. Now, people want to know the company is doing the right thing. No matter what their backgrounds are, our staff have the freedom to be creative and explore new opportunities.

“LGBT 50 is a hugely significant milestone to celebrate and we are incredibly proud to be chosen as the Presenting Partner and to link our brand with a forward-thinking and kind approach to life. Let’s hope the next 50 years leads to even more positive change as well as open-minded attitudes in business and in the community.” 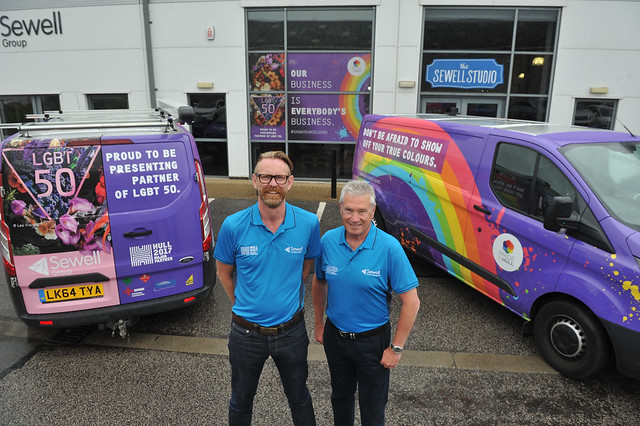 The whole Sewell Group team has been throwing itself into the LGBT 50 celebrations so far, spreading colour and joy around the city in a series of public stunts.

If you’ve stopped by a Sewell on the go service station recently, you’ll see it’s had a bit of a makeover, with Pride flags covering the windows and staff donning colourful costumes. Sewell’s eye-popping rainbow vans have also been spotted around the city, showing support for the LGBT+ community with bold messages urging people to celebrate their unique identities. 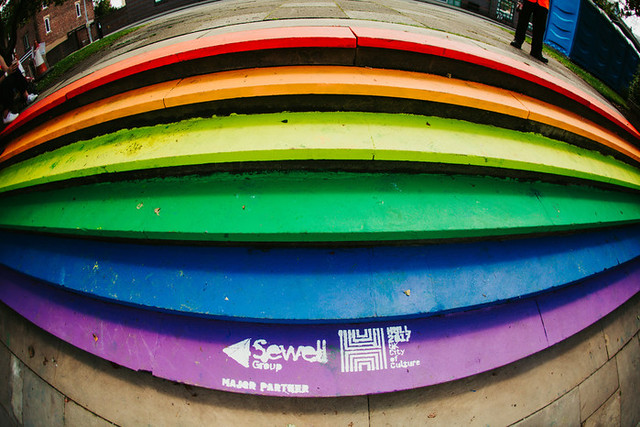 Last Friday, a team of Sewell’s Leadership Challengers got together for a mysterious creative challenge, which saw them transform parts of Hull’s Queens Gardens into technicolour stairways, leading over 9,000 visitors to the Pride in Hull celebrations on Saturday. 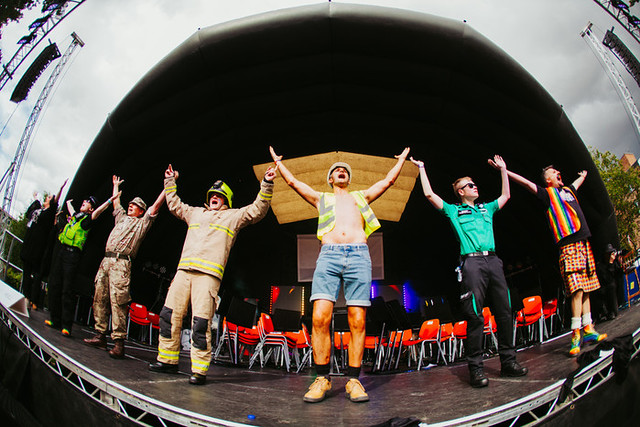 If that’s not enough, one staff member – Facilities Manager, Craig – turned into a fully-fledged Pride performer, joining representatives from Pride in Hull, the armed forces and the emergency services on stage for a rendition of the classic LGBT+ anthem Y.M.C.A., before releasing a ginormous flag into the audience to bring everyone just that little bit closer together. Hats off to you, Craig! 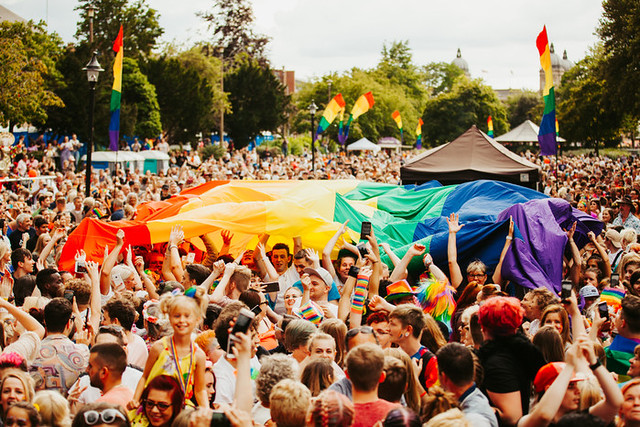 And it seems this united approach is doing wonders for morale at Sewell Group. Sales Assistant Stuart Aldus, who has worked for Sewell on the go for more than 15 years says he’s extremely proud to work for the company.

He said: “I think it’s great that we’re supporting something which is so important to so many people. Equality means being able to wake up every morning with a smile and being your true self, knowing that you are accepted for who you are.”

We can’t argue with that.

Sewell Group is a Major Partner of Hull 2017 and Presenting Partner of LGBT 50.