To coincide with our LGBT 50 celebrations, marking fifty years since the decriminalisation of homosexuality began in the UK, we’re putting the spotlight on three LGBT+ artists currently on display at Ferens Art Gallery.

This imposing portrait of a family of lions is a firm favourite in the Ferens. French artist Rosa Bonheur gained recognition during her lifetime for her detailed paintings of animals. She often studied from life and, for this painting, she even kept lions in her studio to paint them accurately! With her precision and eye for detail she has painted the animals to scale, allowing us to contemplate what it was like to share a studio with these formidable creatures. 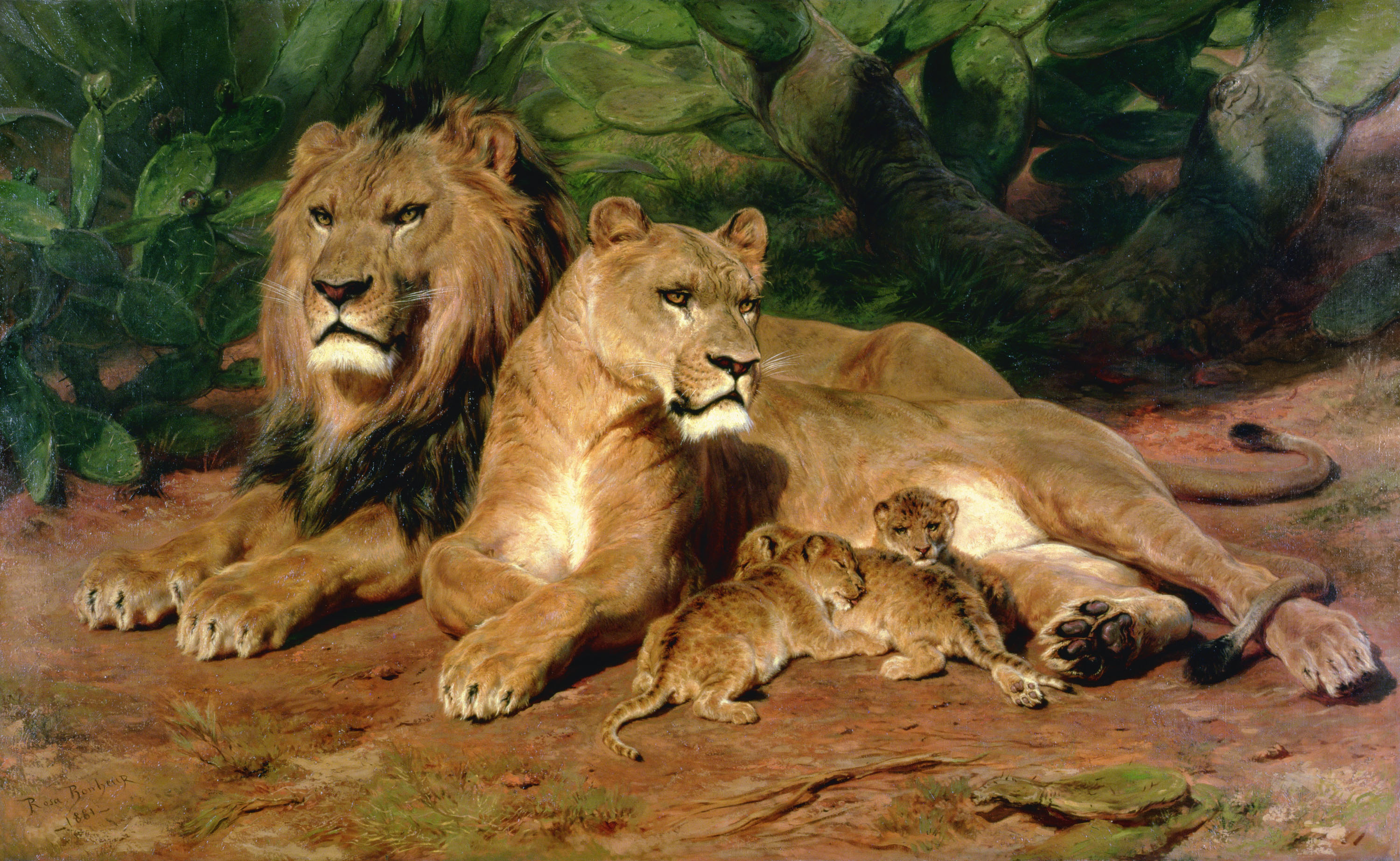 Initially trained and encouraged by her father, Rosa Bonheur was one of the first women to receive formal training in the arts. At the time women were reluctantly trained in this profession, but by defying her critics and becoming a successful artist herself, Bonheur helped to pave the way for other female artists to follow in her footsteps.

Bonheur challenged gender biases throughout her career and in her personal life. She was known to cause quite a stir for cropping her hair, wearing trousers and smoking cigarettes. Such behaviour was only seen as acceptable for men at the time and earned Rosa the reputation as something of an eccentric. Bonheur’s partner and fellow artist, Anna Klumpke, was responsible for preserving her legacy after her death.

Gwen John is known for her depictions of lone women in domestic interiors. Many of her sitters, as with this nameless woman in the Ferens’ collection, are often unknown, painted seated and reading. It is thought that these portraits were an expression of John’s emotions. 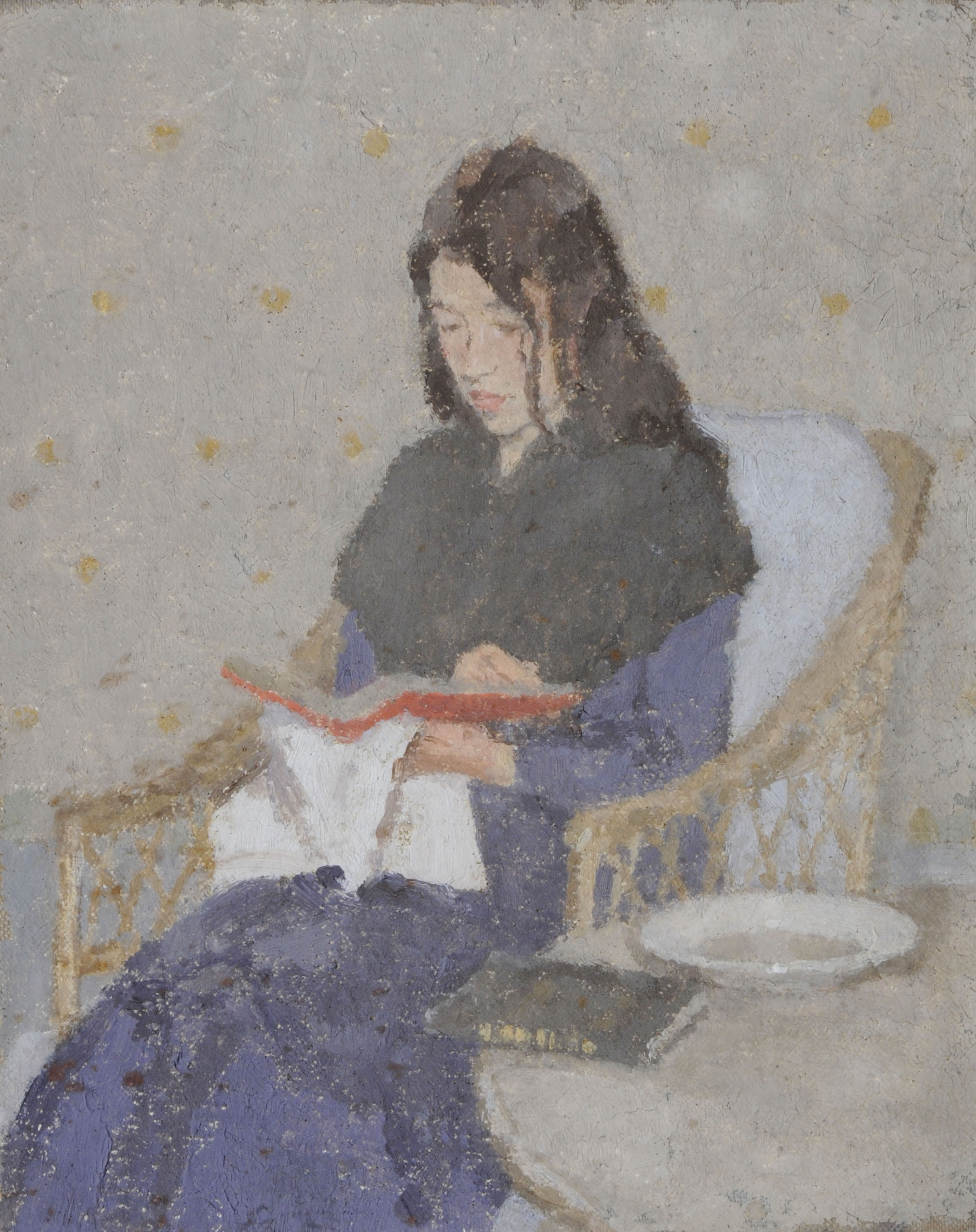 John first studied at Slade School of Art, the only art school in the country to accept female students at the time. She then travelled to France with the intention to migrate to Rome, however she settled in Paris and studied under celebrated American painter, James McNeill Whistler. Whilst living in Paris she modelled for renowned sculptor Auguste Rodin, a stint which ended in a passionate love affair.

Gwen John was known to form intense infatuations with both men and women. Her relationship with Rodin led to obsession, and after being rejected many times she turned to Catholicism, dedicating her life to painting.

Francis Cadell is remembered as one of four of the Scottish Colourists; a group concerned with combining the French Impressionist style of painting with the traditions of Scotland. He is known for his portraits of fashionable young women and his works are often titled after a garment of clothing, as with The Embroidered Cloak in the Ferens Collection. 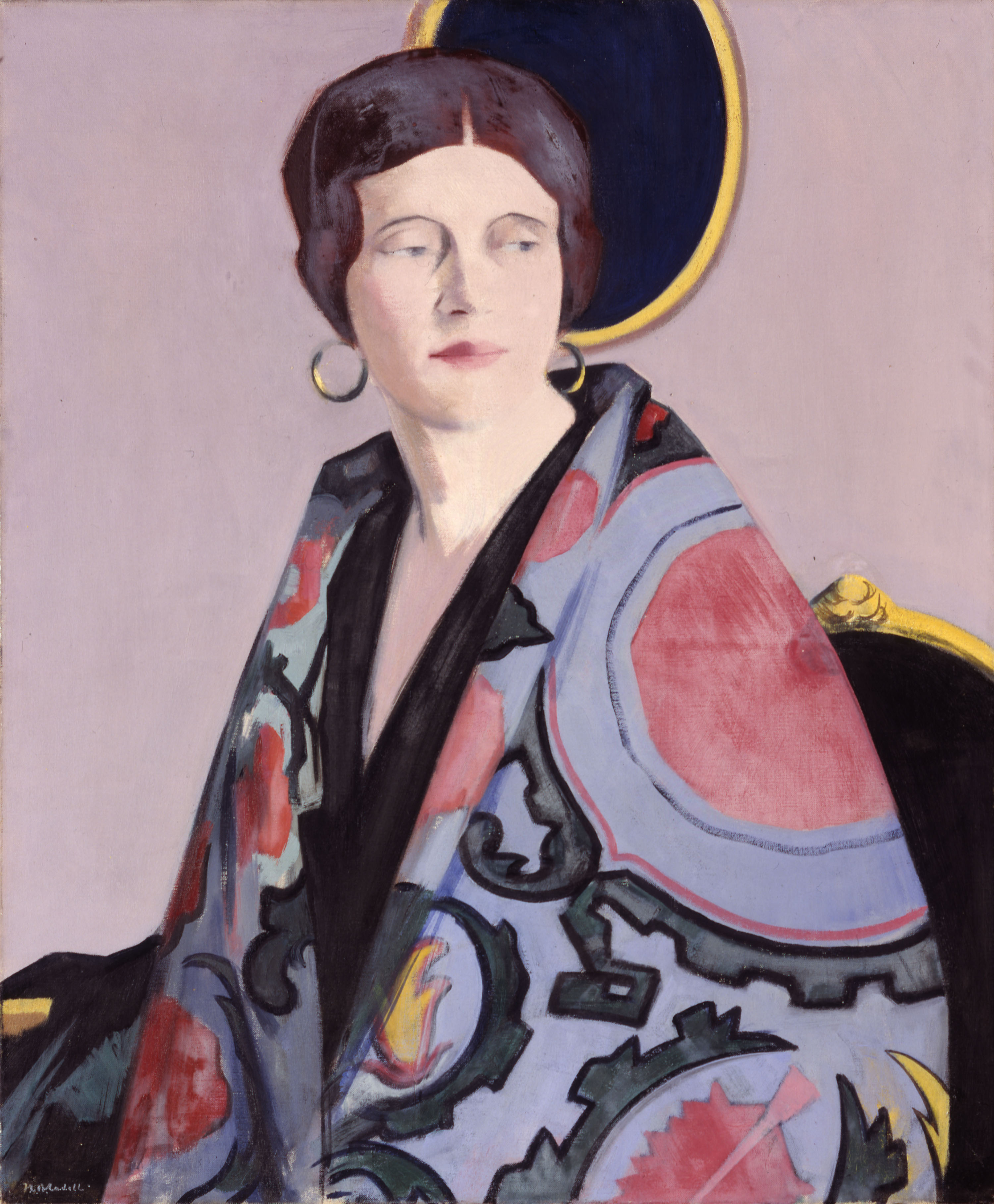 Another subject that appears in many of his paintings is the landscape of Iona, a small island of the western coast of Scotland. Cadell did not explore his sexuality through his paintings; he did however produce a number of portraits of the man assumed to be his lover, Charles Oliver, on the beach of Iona.

LGBT 50 continues until 29 July. For more information on what’s coming up (including tea parties, debates, performances and more) see hull2017.co.uk/lgbt50