This week, we shine our Spotlight On an iconic Gibson Les Paul guitar, owned and played by Hull’s legendary spider from Mars, Mick Ronson.

Hull-born Mick shot to fame in the early 1970s as the lead guitarist in David Bowie’s backing band, The Spiders From Mars. A talented songwriter, producer and musician, Ronson also provided string arrangements and other instrumentation on Bowie’s early studio albums, including The Rise and Fall Of Ziggy Stardust and The Spiders From Mars, Hunky Dory and Aladdin Sane. Following his stint with the starman, Mick Ronson went on to work with Mott The Hoople, Lou Reed, Elton John, Morrissey and Bob Dylan.

Mick played this Gibson Les Paul in the mid-1970s on Bob Dylan’s Rolling Thunder tour, later giving it away to Mick Rossi from punk rock band Slaughter And The Dogs. The guitar is now owned by an anonymous Manchester-based collector. 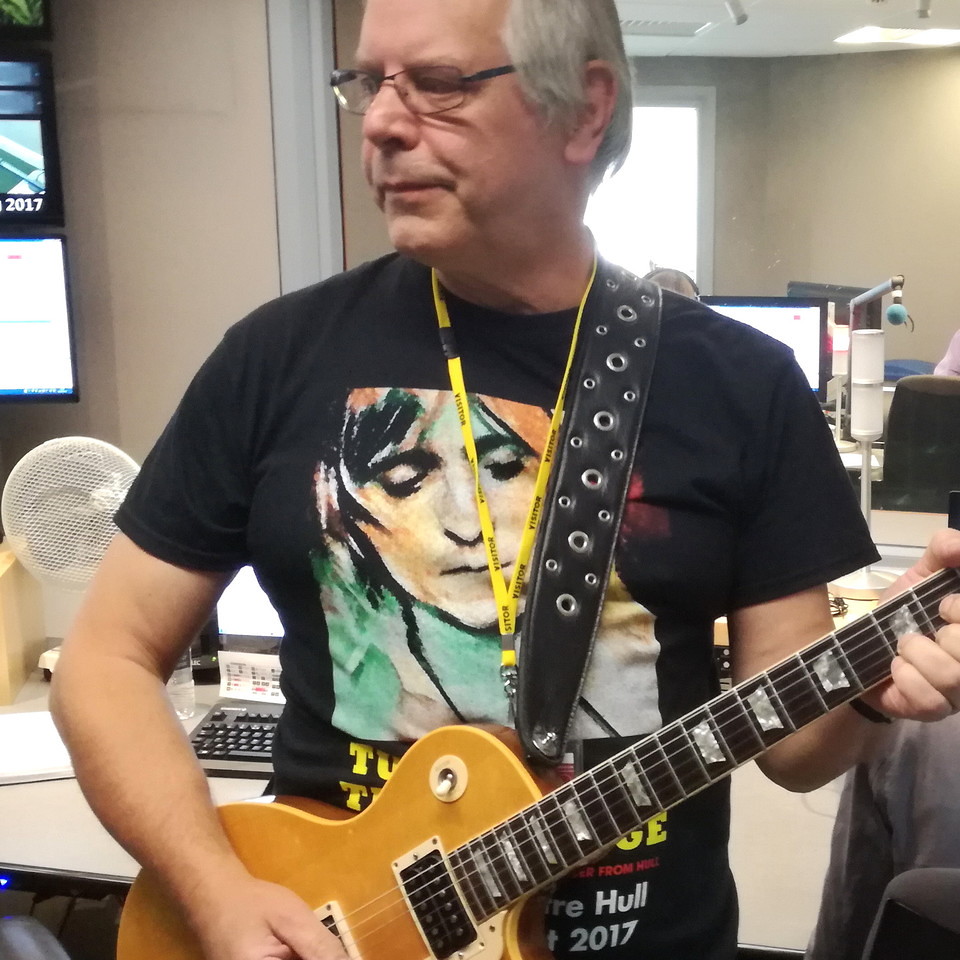 Mick Ronson will always be associated with Gibson Les Paul electric guitars. Ronson’s most memorable work with Bowie, Dylan and Lou Reed was performed and recorded on a famous “stripped” Les Paul, which he purchased from Cornell’s Music Store on Spring Bank, Hull, in 1969.

Mick’s Rolling Thunder Les Paul is currently on display alongside other rock memorabilia from friends and fans in a temporary exhibition and performance Turn And Face The Strange, which celebrates the life and work of the late, great musician.

This is the first time that one of Ronson’s guitars has returned to Hull since the days when he played with Bowie and the Spiders From Mars. The guitar will be played in the show by Hull musician, Keith “Ched” Cheesman (pictured), who played alongside Ronson in the 1960s band The Rats.

Turn And Face The Strange runs until Saturday 19 August as part of the Hull 2017 Creative Communities Programme. Tickets have now sold out.