Mother of punk, Vivienne Westwood started designing clothing in 1971. Together with Malcolm McLaren, Westwood defined the street culture of punk, binding a unique relationship between counter-culture, music and fashion.

Known by many titles, Westwood and McLaren’s boutique on Kings Road in Chelsea provided a place to showcase their designs that revolted against the ethos of the summer of love, counteracting the bohemian style that dominated the late sixties. Studs, safety pins, chains and zips embellished garments made with tartan fabric, rubber and leather. For the first time, clothing was used to make deliberate political statements about gender, sexuality and lash out against the establishment.

Perhaps Westwood’s most recognisable clientele, punk rockers the Sex Pistols, began wearing her clothes in 1976. Their God Save the Queen t-shirt – showing the monarch with a safety pin through her nose – remains an iconic and controversial design today.

In the 1980s Vivienne began to recognise herself as a fashion designer, marking a pivotal turning point in her career. Breaking away from the anti-fashion movement of punk, Westwood turner to 17th and 18th century art for inspiration.

In 1981, she presented her first unisex catwalk collection – Pirate. This collection was inspired by highwaymen, dandies and buccaneers, exploring the glamour and romance of clothing. During this period, Westwood designed swashbuckling outfits for Adam and The Ants which were later replicated on the high street, giving way to the new romantic movement.

Westwood went on to reinterpret classic cutting and tailoring techniques of London’s Savile Row, creating innovative garments with asymmetrical necklines and loose fitting trousers – a trademark style still recognisable in her designs today. She has received international recognition for her work, inspiring the next generation of fashion designers from Christian Lacroix to Alexander McQueen. 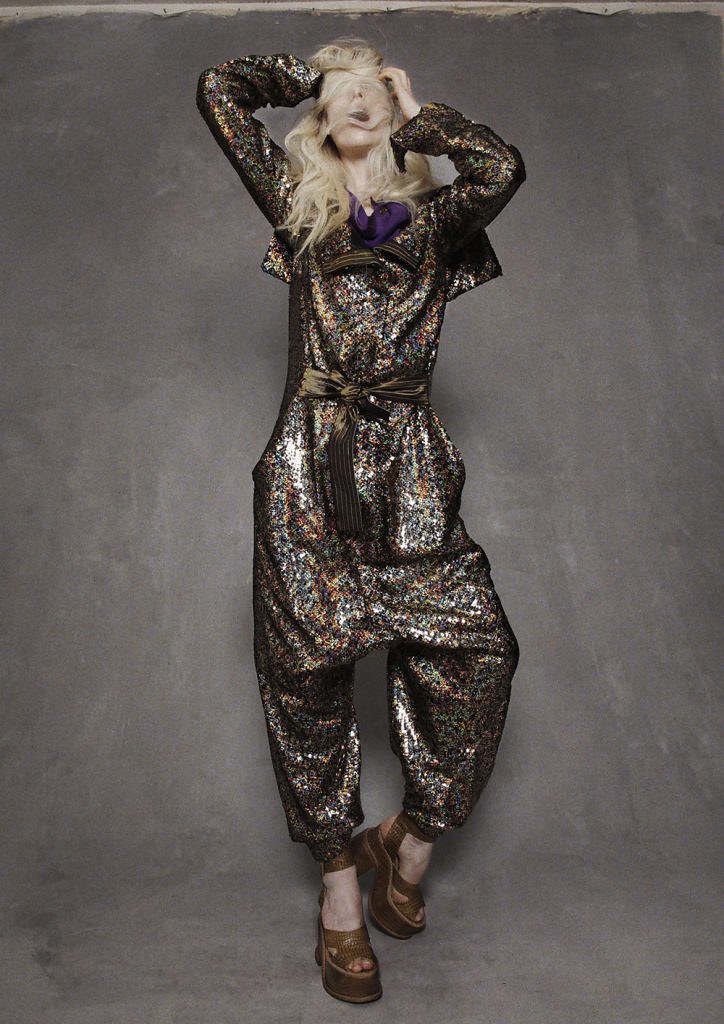 This sequined, silk jumpsuit from Westwood’s Gold Label Autumn-Winter 2006/07 Innocent Runway show was re-made in 2016. The garment compliments the female silhouette by defining the waist and accentuating the hips, creating a timeless hourglass shape. The loose neck line and low crotch are typical of her designs. 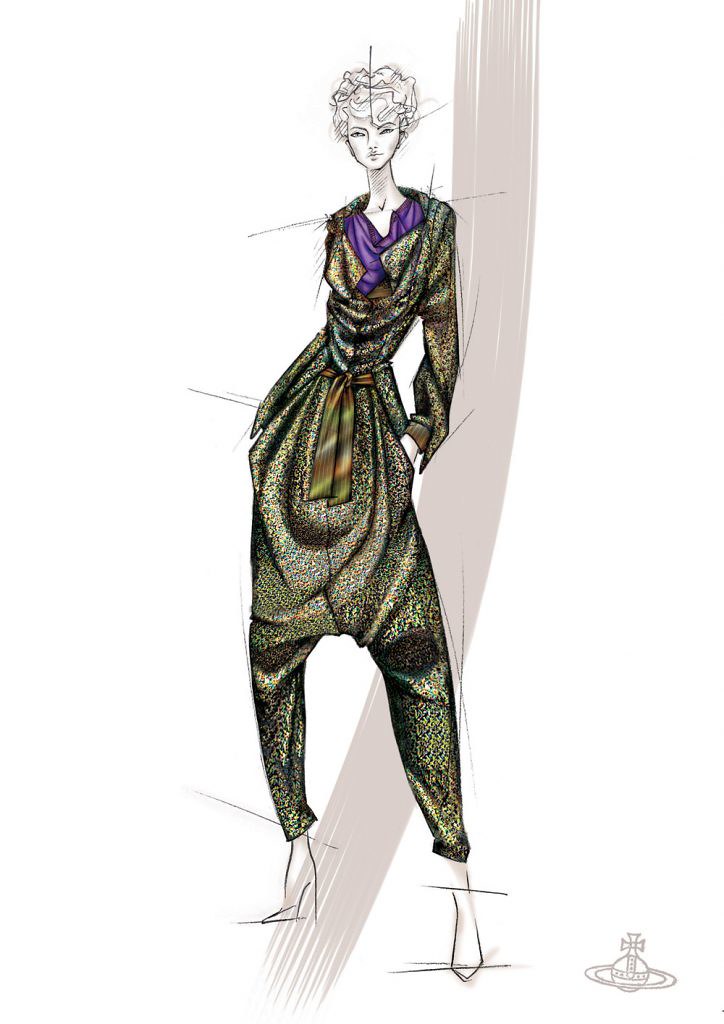