Take it as Red: Contemporary arts collective looks towards the future – Visit Hull
Skip to content

RED Contemporary Arts, formerly known as the RED Gallery, has been part of the city’s artistic landscape for the past two decades, supporting thousands of upcoming artists through exhibitions and events since it launched in 1997. Its aim was to give arts practitioners the freedom to experiment, to push boundaries and express and develop new ideas.

Two of RED’s projects last year, REDboard and Where Do We Go From Here?, amplified the RED brand to attract its biggest and broadest audiences to date, with the latter project in particular stirring up controversy and generating a huge amount of noise on social media.

RED launched 20 years ago when founder Martin Lauer set up a gallery space to exhibit his final-year degree work from Hull School of Art (Martin is pictured below centre at RED’s first official show – Pull by Jayne Jones – in 1997). This gallery space on Osborne Street in Hull became the RED Gallery, hosting numerous exhibitions until it closed in 2016 to allow for redevelopment of the area. Artists Michael Barnes-Wynters and Lou Hazelwood, both committee members of the Gallery, began leading RED as it entered a new phase. 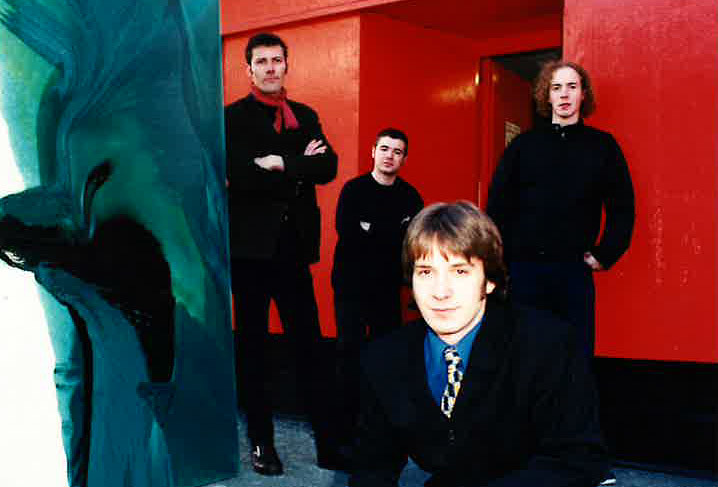 Michael and Lou co-managed a successful submission for Hull 2017’s Creative Communities Programme, entitled REDboard, commissioning fifteen artists from five countries to create work that was displayed on billboards across the city. The work was seen by hundreds of thousands of residents and visitors.

Lou Hazelwood explained: “The REDboards corresponded with each of the Hull 2017 seasons: for Made in Hull, we commissioned locally-based artists including Kerry Baldry, Clare Holdstock and Josh Williams, whereas for Roots & Routes, Michael worked with artists from Hull’s twin cities: Rotterdam, Reykjavík, Aarhus and Freetown.

“The boards made a real impact across the city, and we also held on-the-ground events that brought the boards to life, such as Dawn Woolley’s soapbox. As part of the Freedom season, Dawn created a board with artist Davin Watne, called Freedomination, to highlight how freedom and domination might appear as opposites, but actually, one person’s freedom to act without restraint can end up oppressing others.

“We created a speakers’ corner and invited members of the public to get up on a soapbox and make a speech about any subject – the idea being that the greater number of people speaking, the more difficult it was to be heard. We had a fantastic response to it.” 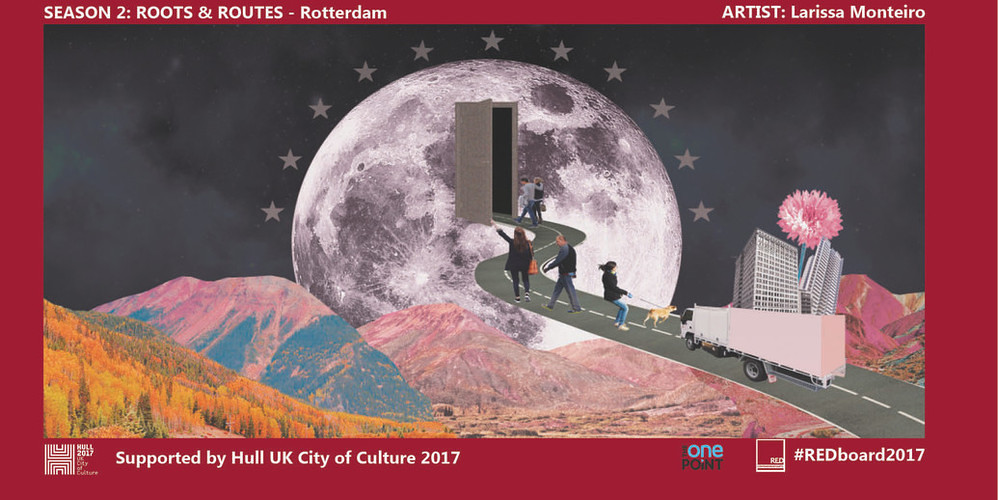 Towards the end of last year, RED was one of four Hull-based arts collectives asked by Humber Street Gallery to respond to the question ‘where do we go from here?’, linked to the artwork of the same name by Jason Bruges Studio that took over the city’s Old Town with robotics, light and sound. Lou and Michael commissioned four artists who had created a REDboard – Kerry Baldry, Chris Graham, Larissa Monteiro and Marcel Craven – to make new work for Where Do We Go From Here?

Michael said: “These four artists are all politically-charged, so we were excited to see what they’d come up with. We were blown away by their work and by the public response to it. The boards caused a massive buzz, everyone was talking about them and debating, arguing, which was exactly the intention. Hundreds of thousands of people saw the work through our Facebook page, and there was a huge amount of debate on there as well.

Michael said: “The project was really timely for RED. It was entering its twenty-first year; it was coming of age. I’m biased of course but the work was so strong – when it was unveiled at Trinity Market there was a sense of ‘hang on a minute, the adults have arrived, let’s get these debates underway’.

So, what’s next for RED Contemporary Arts? To quote the aforementioned project, after a phenomenal 2017, where do they go from here?

Lou and Michael have a number of new works in the pipeline. Michael, who hails from Bristol, launched the Nourishment workshop series in Hull in 2015, and brought it back for a special event last year at Humber Street Gallery, with a performance installation in response to the output of the influential American artist Jean-Michel Basquiat. He continues to create content for RED’s online hubs.

He said: “As much as the RED sites (on Facebook and Tumblr) outline our own work, they’re also platforms to signpost people to new things, whether that’s something happening at the Barbican or the V&A in London or a new exhibition down the road in Hull. There’s so much going on out there and I’m passionate about getting information in front of people and shouting about what can be seen and heard.

“It’s been an exciting time for RED as it left one era and entered another. We’re looking forward to future collaborations with artists in the city and further afield. Not having a permanent physical space gives us more freedom – we plan to hold shows in more varied environments, and can make art more accessible to more people by invading public space and creating more site-specific work. There are lots of plans and lots of options. So watch this space, as they say.”