You never can be sure who you will be sitting next to at the co-working space at C4Di in Hull’s Queen Street.

One day you could be working alongside an augmented reality company as it works to bring greeting cards to life. The next you could be sharing super-fast internet with the world’s largest dance music distributor. Look out, too, for 3D printing specialists, education providers, healthcare start-ups, financial traders or perhaps just somebody building a robot.

This casual understatement belies an assured belief in, and passion for, the digital economy in Hull. As the co-founder and global innovations director of Hull-based branding specialist Trident, and also the chairman of C4Di, David is uniquely positioned to discuss the importance of the sector in the city.

We are the most connected city, probably, in Europe. A third of all fibre that is in the UK is under the streets of Hull.
– David Keel, chairman, C4Di

“In any business in the world you could take away the water, the gas and the electricity and they would feel it less than if you took away the connectivity,” says David. “If you take this incredible, beautifully designed building and put it right in the middle of that connectivity, there is an opportunity for people to create businesses.”

That is exactly what is happening at C4Di. Described by managing director John Connolly as a privately funded tech incubator, it is significantly more than an office block. Rather, it is a collaborative and creative place for ideas and businesses to flourish and prosper.

The mission, as John explains it, is very simple. “We help small tech companies grow and we help big traditional industry innovate.” 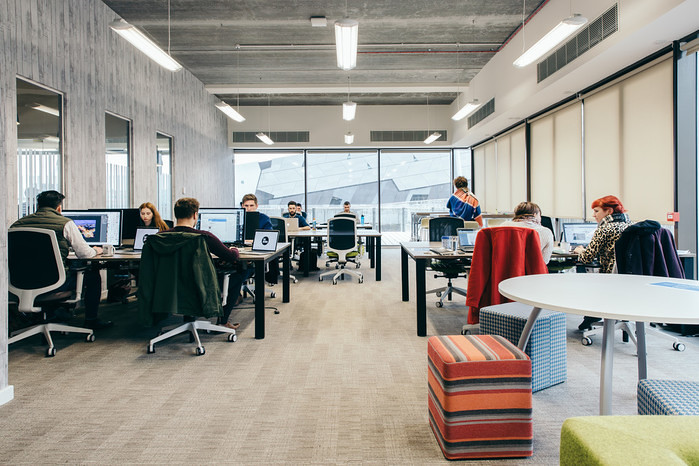 The notion of a tech hub in Hull is not a new one. It is an idea mooted for close to a decade and one that has had varying degrees of success elsewhere. “Lots of places around the country have got tech hubs,” explains John. “These are clusters and buildings where techies can come and go. There have been various bits of public money, but nothing really ever came of it.”

The change, and the early foundations for C4Di, came when property company and regeneration specialist Wykeland identified the area between The Deep and the Fruit Market district as being a prime site for such a technology hub. If a concentration of digital specialists, innovators and hi-tech businesses can thrive in other parts of the country, why not Hull, it asked?

Several years and a temporary “beta” phase later, and the stunning C4Di opened the doors to a reported £16 million development in December 2015. The learning curve, like the business growth, has been revelatory.

“We thought it would be like a gym membership for techies. People would come down, rent some desk space and that would be it,” says John. “Quite quickly, we realised there were key questions people were asking like ‘Can you help us grow our start-up?’”

This, and the kind of mentoring which could help local developers dream up the next Facebook or Instagram, were early considerations. Just as relevant to the C4Di success story, however, is how big names in local industry have recognised and sought the expertise of C4Di talent.

“Big companies came to us and said ‘You’ve got a building full of problem solvers. Can they solve problems for us?’ At that point we realised if we take our co-working space and we try and grow start-ups out of it, and those start-ups help traditional industry locally, then it will grow and create jobs. Start-ups will have access to supply chains and mentors, and be able to grow at a rate they wouldn’t do elsewhere,” says John, of the virtuous circle of tech collaboration. “If you’re a small tech start-up you can be delivering projects for some of the biggest companies in the world.”

A relatively low cost of property and high quality of life are seen as contributing factors attracting tech companies to Hull and, in particular, to C4Di.

There’s been a 23% increase in the number of digital companies created in Hull in the past three years.
– John Connolly, managing director, C4Di

“All those companies need skilled techies to go into them,” says John. “As a result, the university is producing twice as many computer scientists now as it was three years ago. About 300 a year, rather than 150.”

“We’re creating reasons for them to remain in Hull,” says David Keel, on the subject of developing and retaining talent in the region. “Either starting their own business or getting involved with some of the businesses that bring their problems to us. It is a beautiful, sexy place, we’ve got a big great stage right outside [Stage@The Dock is a 350-seat outdoor amphitheatre and event space alongside C4Di’s board room and terrace] and we’ve got the best connectivity around. We’ve got to a single desk more connectivity than the whole of the Google campus in London.” 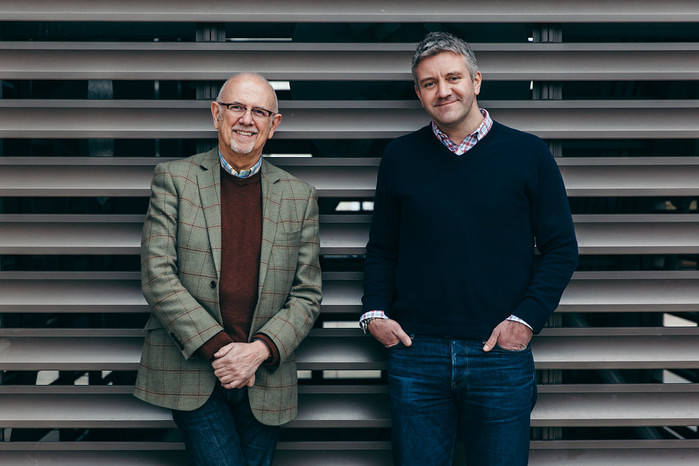 The confidence and optimism shared by the start-up community in C4Di is infectious.  It’s a flexible multipurpose space, which Hull 2017 used as a control centre for the opening In With A Bang fireworks celebration and opening night of Made In Hull, on 1 January. The community of marketeers, designers, developers, music industry executives, educators, innovators and, let’s not forget, robot makers is typical of the can-do attitude in the UK City of Culture.

“There was sneering about us being digital. I used to stand up and say we’re going to be the next Silicon Valley, just to get attention,” says David. “There was the same sneering about us being City of Culture. But guess what, that sneering went away. Just look around at all these people doing great. This whole building is a beacon to the success of Hull. In all sorts of different ways. There are some fascinating overlaps between digital and creativity. Now we have a real opportunity to show that.”

The C4Di has partners such as KCOM, Siemens and the University of Hull. Among the innovative start-ups at C4Di are:

54 Degrees North: A medical specialist taking healthcare insights and making solutions for a better life. The company will release its first product for consumers in 2017.

Arc Studios: The bespoke software developers graduated from the University of Hull and joined as a duo in the co-working space before expanding to a 12-person office.