Breeding success at The Deep – Visit Hull
Skip to content

The Deep has housed Zebra sharks since 2003, it has only been in the last three years that these original pups reached maturity and have been able to reproduce at the citys famous aquarium. This secured a UK first, and allowed them to contribute to a European breeding programme that aims to safeguard this shark into the future.

Once vulnerable in the wild, Zebra sharks are now listed as endangered on the IUCN Red List. The reefs and lagoons of the Indo-Pacific Ocean should be a paradise, but threatened by habitat loss and unsustainable fishing practises, their numbers are in rapid decline.

Speaking to Tom Rowe, The Deep’s Husbandry Supervisor he said “Shark courtship is actually quite bizarre and in Zebra sharks involves the male biting and holding onto the end of the female’s tail. It can look quite aggressive, but it is relatively painless and completely normal”.

The female lays 6-8 eggs at a time, with an average of 40-80 eggs being laid across each year. But not all those laid will result in young.

The female secures the brown, leathery egg cases to rocks with strong silk fibres. They spend 5-6 months incubating, dependant on the water temperature to grow.

“We remove the eggs and transfer them into a special incubation tank behind the scenes and carefully monitor embryo development. Of the 11 eggs incubated, 6 developed into embryos”.

During incubation and rearing, staff work hard to get the developing pups through this delicate phase in their life.

“Once the yolk has been fully absorbed, hatching can begin. If they need some assistance, we can intervene and manually hatch them”.

The juveniles are born black with white stripes. As they grow, their colour slowly changes to pale yellow and their stripes begin to break up, forming pale brown spots.

“They feed on squid, mussel, clam and shrimp. We monitor their weight and the amount of food they eat every day. It’s very labour intensive, but very rewarding”. 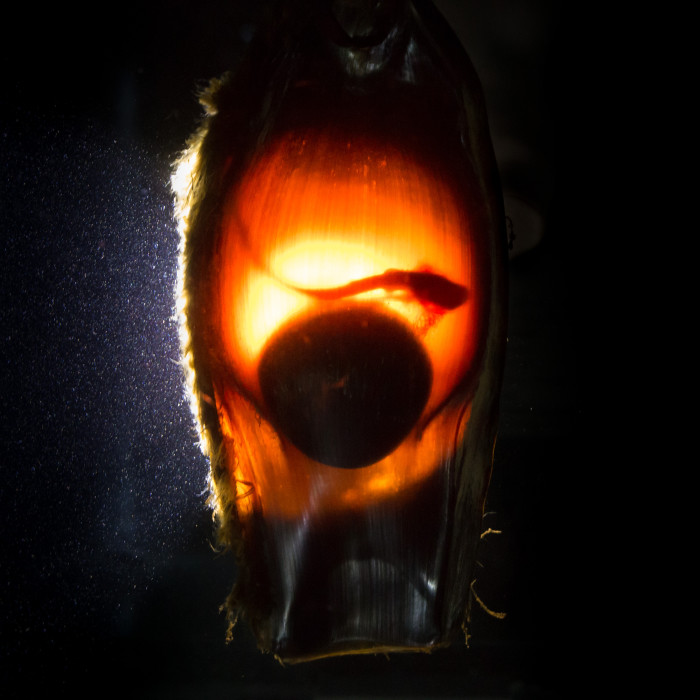 To check the shark’s development a powerful light is shone through the back of the egg case. This technique is called ‘candling’

All six sharks have been registered into the European Association of Zoo and Aquariums (EAZA) breeding programme. The four boys have been transferred to other aquariums to form new breeding pairs. The two girls, Izzy and Henrietta, remain at The Deep.

Achieving breeding success in sharks is a pretty big deal, there are lots of factors to take into consideration. You can have a male and female together for years, but there is never any guarantee they will mate.

Tom continues “Observing reproductive behaviours lets you know that the animals feel secure enough within their environment. Breeding populations are carefully monitored and recommendations are made to pair the best suited individuals. But like humans, animals can be picky about their mates and it doesn’t always go to plan. It’s a bit like a highly scientific dating agency”.

The Deep is working hard to uncover the secrets to breeding their species, even amongst sharks, what works for one doesn’t necessarily work for another. With numbers rapidly falling within our oceans, it is this effort that may prove to be their saving grace.

With more Zebra shark eggs incubating behind the scenes, it is hoped that The Deep will be welcoming the arrival of more pups later in the year. 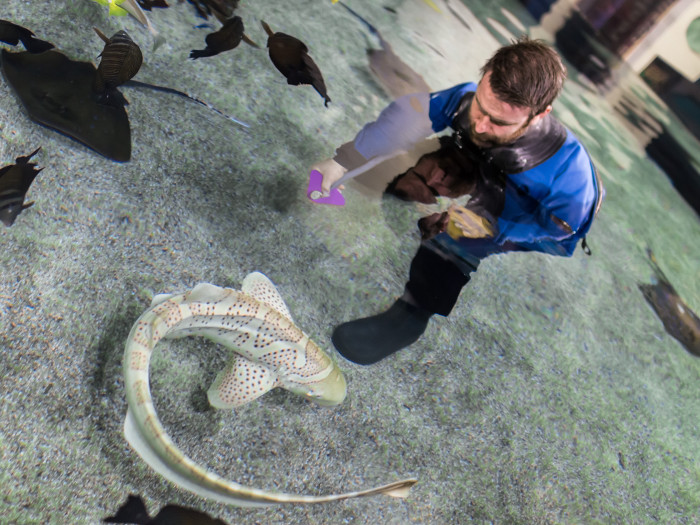 Tom Rowe target feeding a Zebra Shark at The Deep.