It’s 1 October and phone boxes are ringing out across the city – the future is calling. Blast Theory’s 2097: We Made Ourselves Over looked into the unknown, exploring the idea that we can all act to influence the future.

Film screenings, an interactive app and a trip in a state-of-the-art Tesla car helped unearth the exhilarating idea that anything is possible. 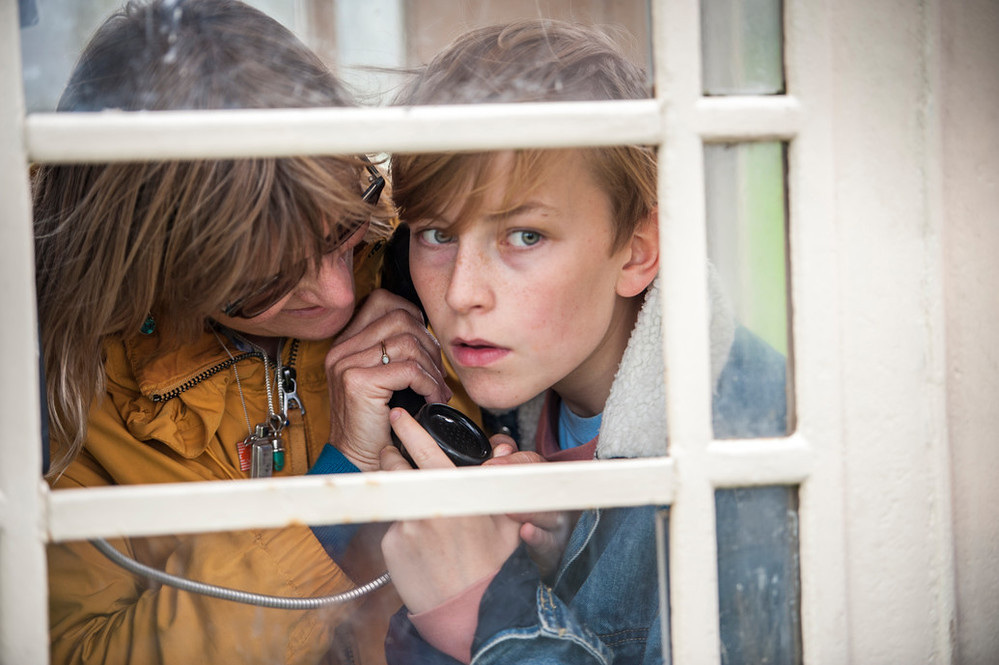 Diverse and ground-breaking, with a new upper age limit the exhibition includes a huge range of work from video and ceramics to painting and prints. Whether you think it’s politically relevant (or maybe even a little tame) remember, whatever you think about Turner Prize – you’re right. 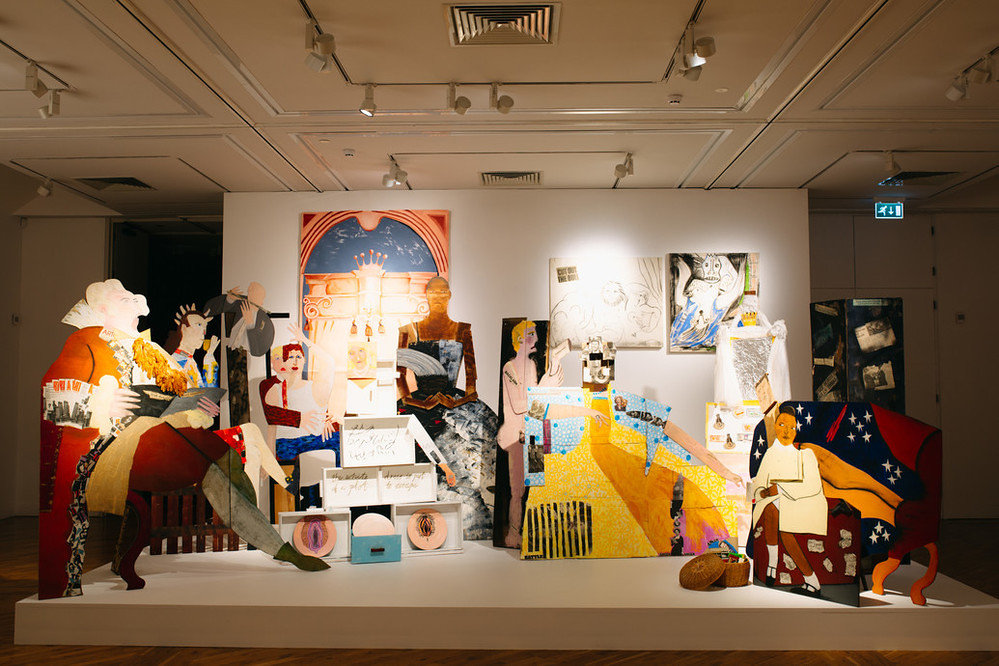 Moving from professional artists to those at the beginning of their career, we explored the creativity of the next generation in The Sixteen Thousand. The hands of thousands of children under the age of 5, each sculpting their own clay brick, worked to create an exhibition that was powerful, striking and emotive with a clear message. Their creative potential is unending. 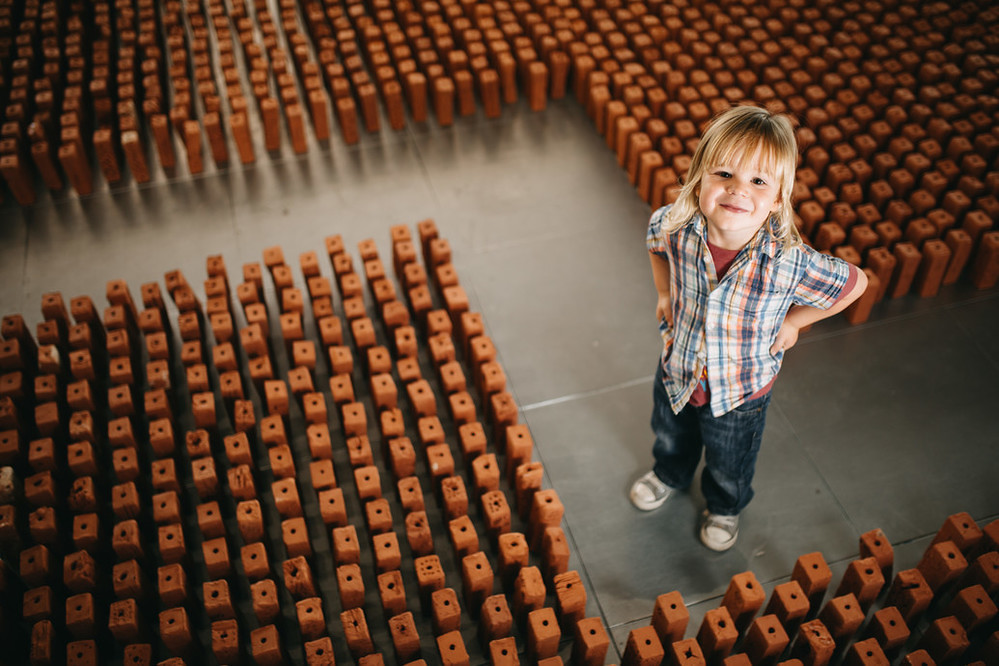 Our focus on Hull’s creativity continued with Hull, Portrait of a City. We invited world-renowned photography co-operative Magnum Photos’ Martin Parr and Olivia Arthur to capture our city at this pivotal moment, sharing it with the world. Reflective and unapologetic, this snapshot of the city explored both the culinary landscape and its young creatives, asking how we might define Hull. 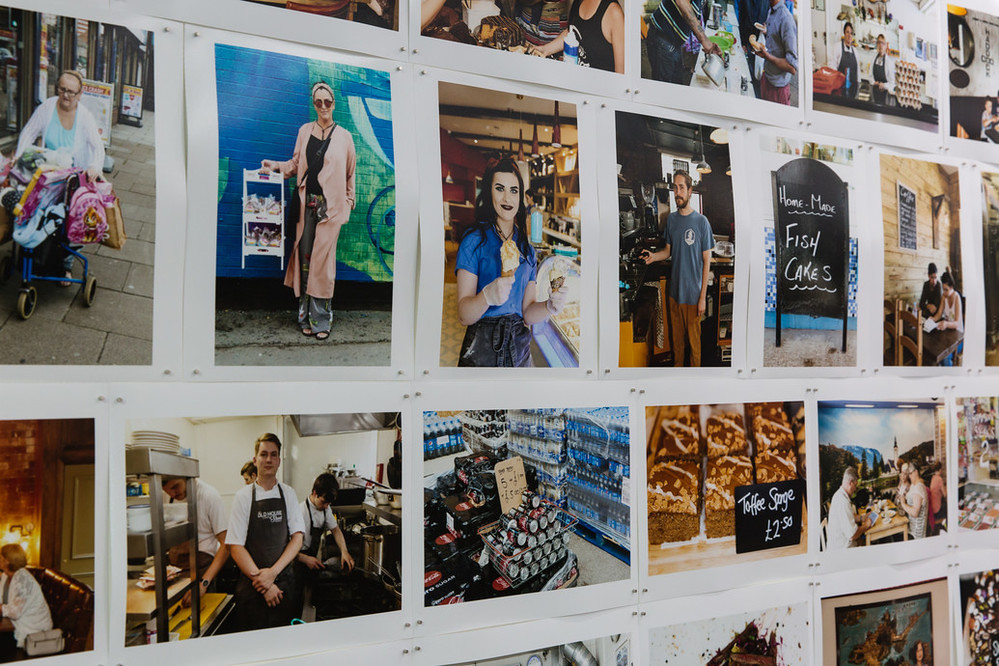 With the nights drawing in we looked to the magic and mystery of the Land of Green Ginger and its acts of wanton wonder. Inspired by a street name in Hull’s Old Town, these ambitious and folkloric events transformed and animated the everyday spaces of our city, revealing a land nobody believed existed, from the big to the microscopic…

Installation Act V: Micropolis at Springhead Pumping Station was a thriving model city, complete with a cabaret bar, butchers and skyscrapers – a familiar world played out in miniature. Painstakingly crafted by artists Davy and Kristin McGuire with recycled materials, it even had its own tiny residents working, socialising and misbehaving… 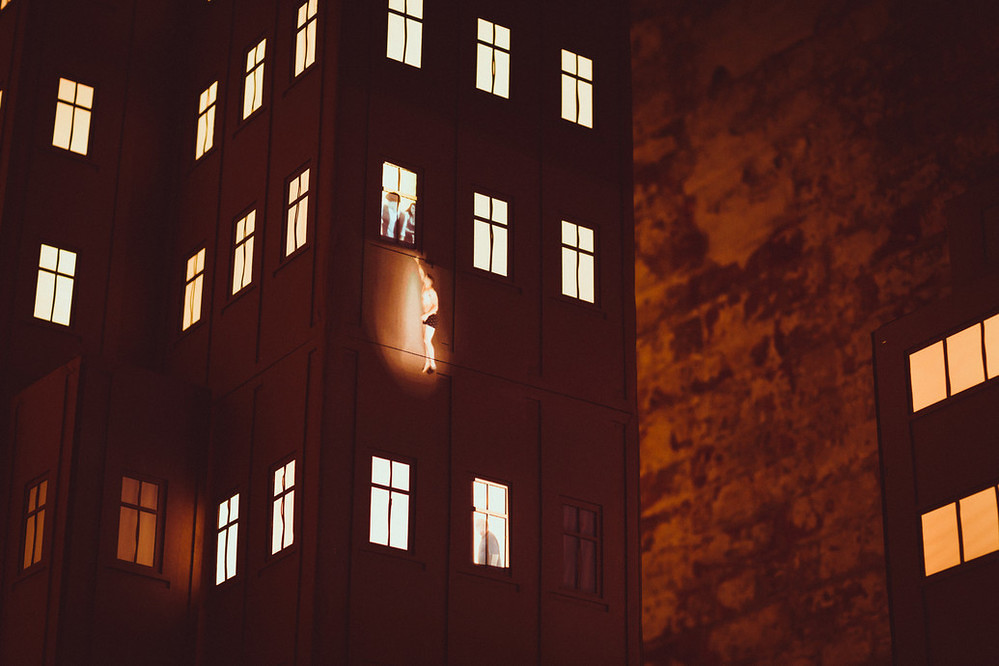 What followed Micropolis was an unbounded realisation of the city’s imagination as the Land of Green Ginger walked our city’s streets in full force.

Act VI: Land of Green Ginger Unleashed saw a procession of giants, wolves, shapeshifters and mischief makers dominate the city centre, spreading magic with the help of pyrotechnics, of course. Devised by masters of storytelling Macnas, it was a parade the likes of which the city had never seen before. 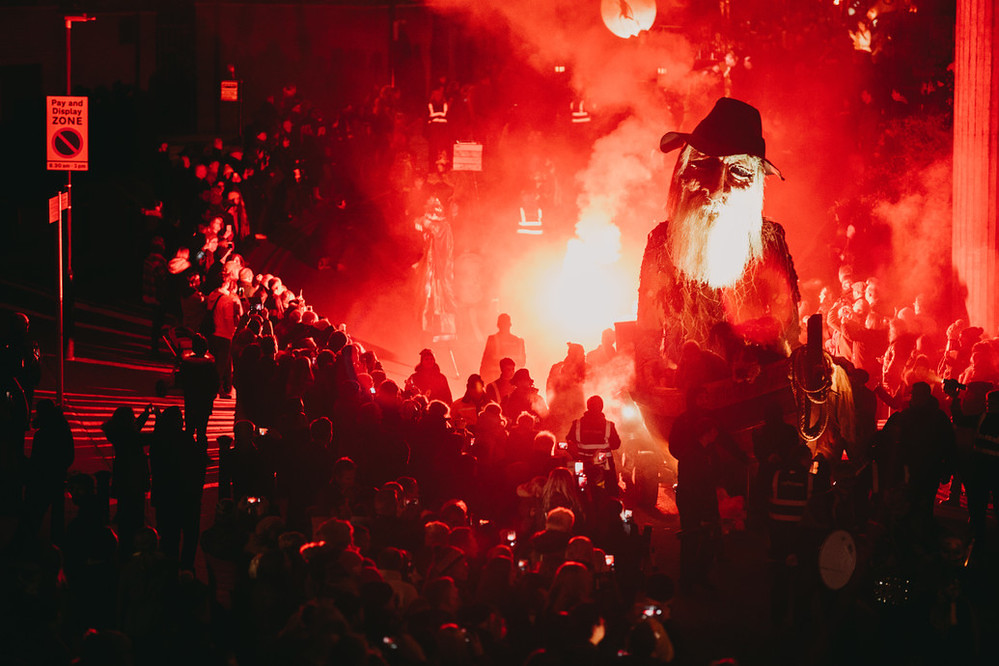 For comedy fans Hull Comedy Festival 2017 (the festival’s 10th anniversary no less!) was testament to the city’s thriving comedy scene. The likes of Katherine Ryan and Greg Davies sat alongside Hull favourites Jack Gleadow and LOL Comedy Club on the line-up to make up a spectacular festival line-up. Laughs were always in steady supply. 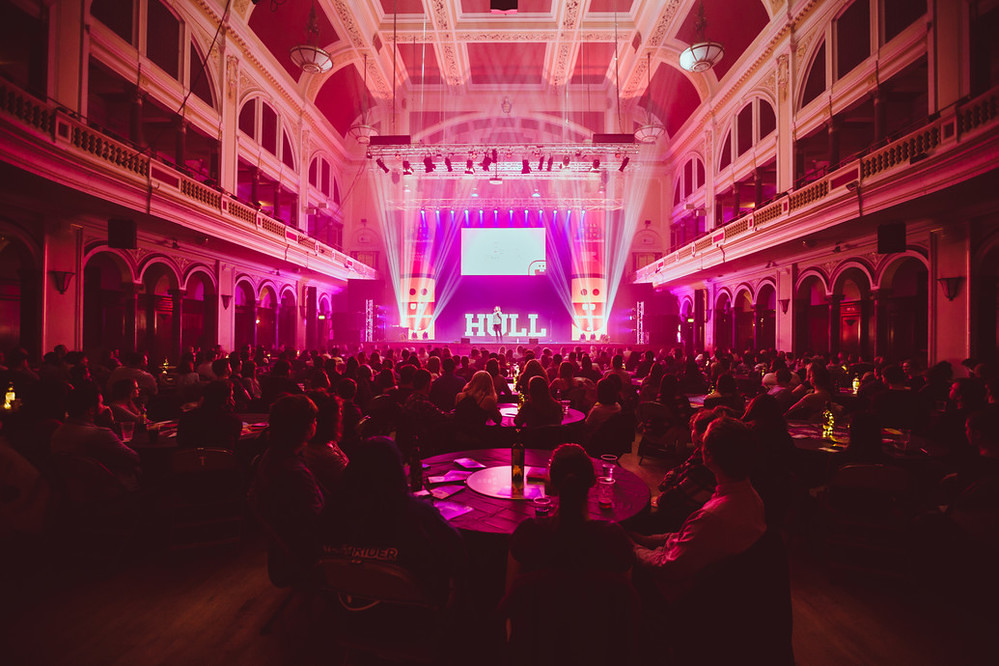 A new commission for our fourth season, The Last Testament of Lillian Bilocca shone a light on an inspirational period in Hull’s history, exploring the tale of the Headscarf Revolutionaries, who took on the might of the British establishment, campaigning for trawlermen’s rights. A co-production with Hull Truck Theatre, this performance shared Lillian’s tale with the world.

In this intimate promenade performance written by Maxine Peake, audiences followed Lillian Bilocca and her crew through the grandiose and fitting backdrop of The Guildhall. With an exceptional cast and a stirring soundtrack written by Adrian McNally and The Unthanks, this was a performance that celebrated the women who made themselves heard. 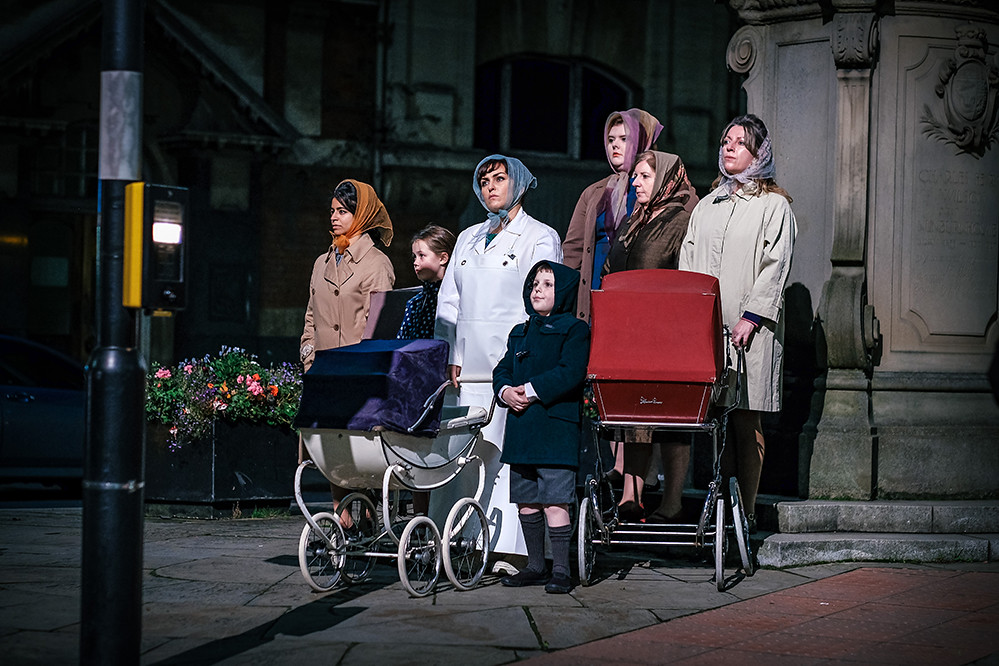 Come December and the Fruit Market and Hull Marina were reimagined with light installation and VR. Not even a cold spell could deter us from heading out to experience A Colossal Wave! and Floe, the final Look Up commission of 2017.

Across the dock The Deep underwent a striking transformation as artists Heinrich and Palmer used stunning large-scale projection to tell the tale of the geological forces which inspired The Deep’s architecture, whilst exploring Hull’s relationship with the sea. 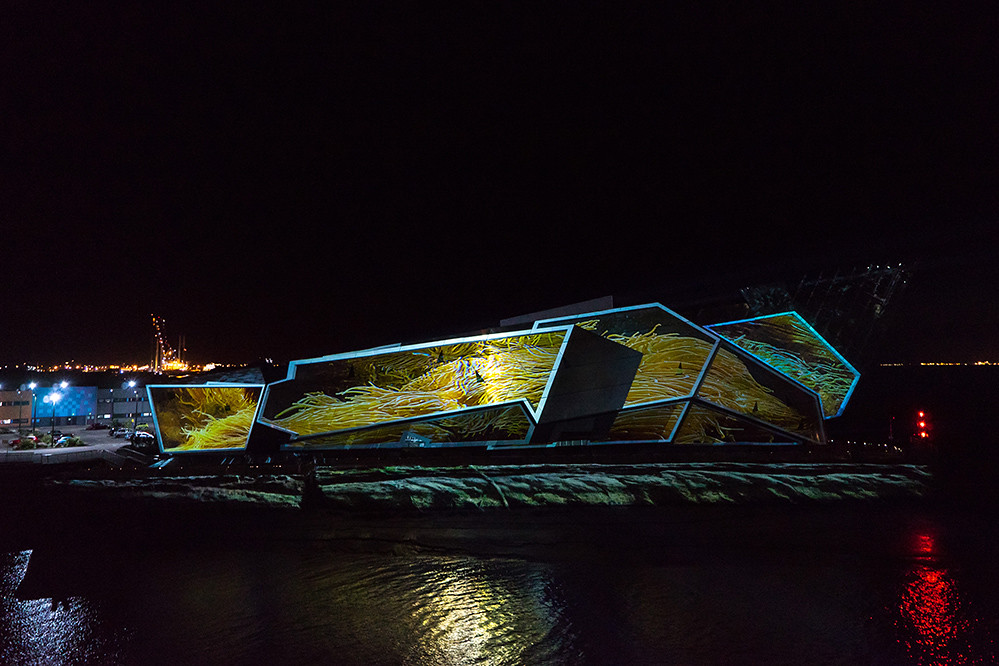 In the final month of 2017 we have reflected on a seminal year in Hull’s history, but we’ve crucially looked to the future too.

From creative enquiry Substance Future Forum to Substance Live, a celebration of the next generation of music makers, Substance considered the role of the arts and their future whilst honouring the creative power and future of the north, through music, film, installation and performance.

Substance Live gathered some of the north’s most pioneering musicians at Hull City Hall for a loud and defiant celebration of the region’s ground-breaking talent. From headliner Jane Weaver’s cosmic pop to the politically charged post-punk of Nadine Shah, through to Hull-based sister-doom band CHAMBERS and Manchester’s PINS, this night raised the roof. 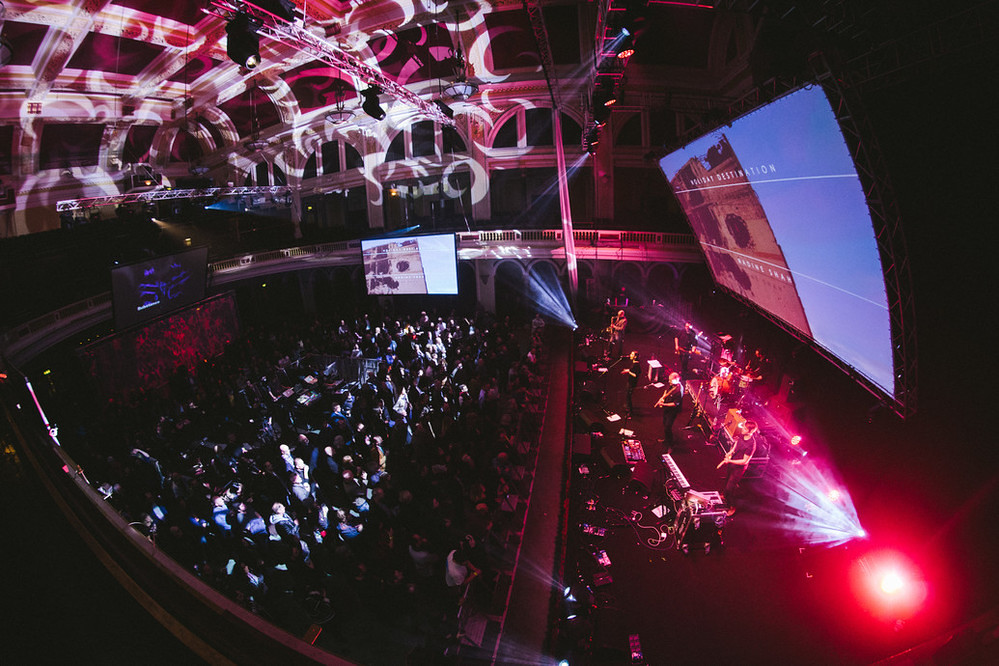 Bringing this season to a close is Where Do We Go From Here? a kinetic artwork combining robotics, light and sound that has created a unique, contemplative atmosphere across Hull’s Old Town, inviting audiences to reflect on the year and deliberate what’s next. How do we build upon this year? What role should culture play?

These robots, moving with ballet-like grace and precision set against Hull’s historic streets are deliberately provocative, reflecting the changes undergone in the city. So, what will follow? Where do we go from here? 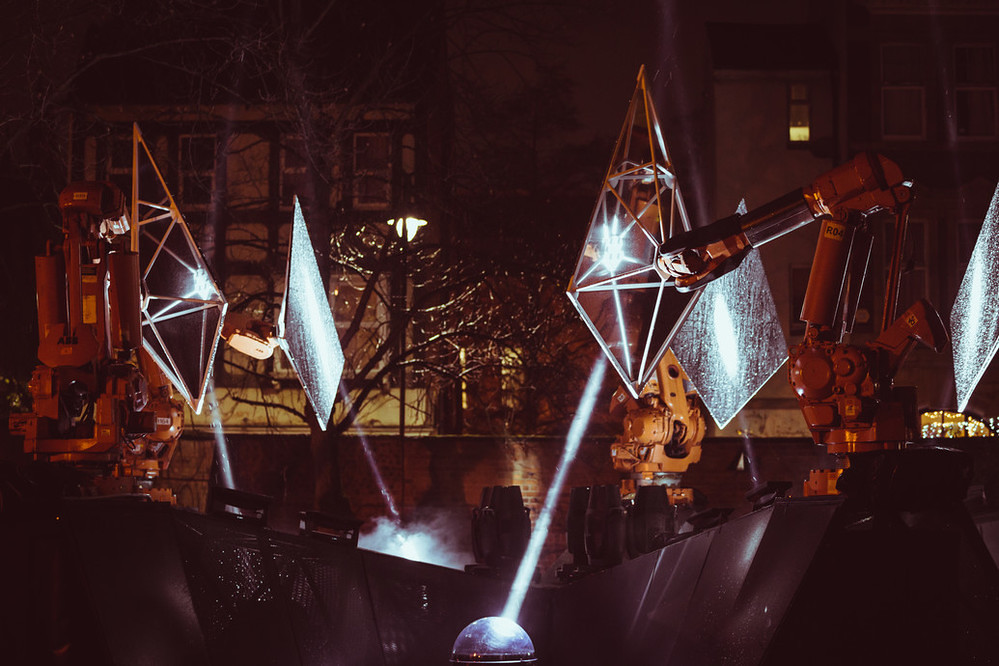 What are your highlights from our Tell The World season? Let us know in the comments below or share your photos with us on Facebook and Twitter.